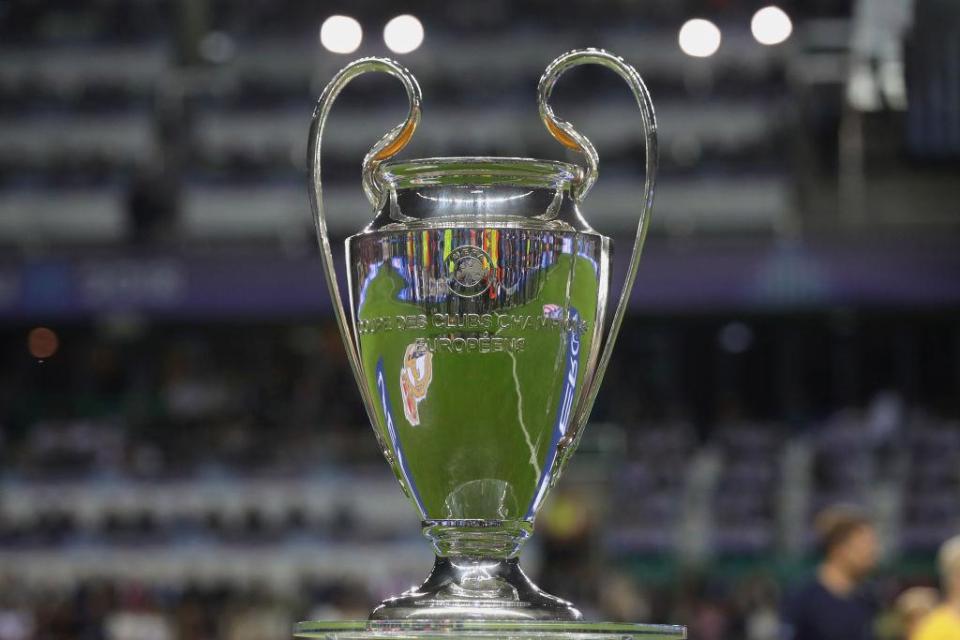 So what is the future for European club football?

UEFA are reportedly proposing four eight team groups for the next change to the format of the Champions League. It would mean 14 group matches for each side. Top four in the group go to the last 16 knockout rounds as we have now, meaning 21 matches for the two sides that reach the final (currently they play 13). 5th and 6th place teams go into the Europa League for the remainder of that season (and all the top six teams are guaranteed CL participation the following year), whilst the 7th and 8th sides are in a play-off to decide who remains in the CL 32 the following season, the other presumably being relegated to the Europa League for that campaign. Think of the Europa League as a kind of English Championship division with the Champions League being the Premier League.

This idea will perpetuate the involvement of the top clubs on a habitual basis and it will be more difficult for the smaller fry to break the existing cartel. A bad domestic season would make no difference, so if it became obvious that, say, Chelsea were not going to win the Premier League by January, they might start fielding weakened teams as most currently do in the FA and League Cup. It waters down the competitiveness of the domestic league.

The Premier League clubs rejected this proposal (even though it was only publicized in the Spanish press) – mainly I suspect because it would provide more TV matches of higher quality and weaken the value of their own product.

However, initially, Arsenal might struggle to even be in that first 32 teams. Certainly if the first version of the competition in the revised format is based on the normal qualification criteria (i.e. a top four Premier League finish). Arsenal’s best hope would probably be making the semi-finals of the Europa League and getting promotion that way. We can’t rule out UEFA might use another process such as UEFA co-efficient for the debut season of the new format. On this score, Arsenal are home and dry, largely thanks to their Europa League runs, which put them in 8th place among the European clubs (equal with Liverpool).

This isn’t going to happen next season, by the way, but is UEFA’s answer to the discussions among the European Club Association (ECA). They are believed to want a similar format in terms of four groups of eight teams (i.e. more matches, more TV money), and claim they want participation based on “sporting meritocracy” not “historical privilege”. This is a response to reports that top clubs are looking for permanent membership of a Champions League-style elite competition. UEFA seem to be bending over backwards to them as a way of preventing them breaking away and simply forming their own competition.

One thing is certain. The agenda of the top clubs is to make even more money from television, and in the case of the top clubs in Spain, Italy and Germany – to close the gap on the earnings from broadcasting of the English clubs. Their domestic television income is less valuable at present for the simple reason that the matches in their leagues are less competitive. In England we have a top six who people believe can challenge for the title (I know, I know – but believe it or not Arsenal are still regarded as a big club by the broadcasters). In Spain there is a top three (at least until Diego Simeone departs Atletico), in Germany a top two and in Italy, if you fancy a bet with regencyracing.co.uk, there’s only one team anyone is going to put their money on.

The prospect of Arsenal being part of this superleague, however it is devised, will make it far less likely that Stan Kroenke will entertain any bids to buy the club from him. TV revenue and its expected continued growth through the greater exploitation of worldwide markets is what floats his boat when it comes to his Premier League football team. The appointment of Raul Sanllehi from Barcelona, a mover and shaker and influential voice within the ECA, was partly with an eye on ensuring the Gunners did not lose out on their place at the trough when changes to the existing format are made.

Currently, any such changes are proposed for 2024. In truth, any attempt to alter the football calendar before that is going to be heavily compromised by the 2022 World Cup taking place between 21 November and 18 December, with countries undoubtedly wanting their players for (I’d estimate) 10 days before the tournament begins at a minimum.

So this isn’t going to be a reality anytime soon, which gives Arsenal the opportunity to try and rebuild (albeit with financial obstacles). What is significant though, is that even if they do remain as Europa League rather than Champions League regulars, they need to continue winning matches and progressing through the tournament to ensure their UEFA ranking remains strong.