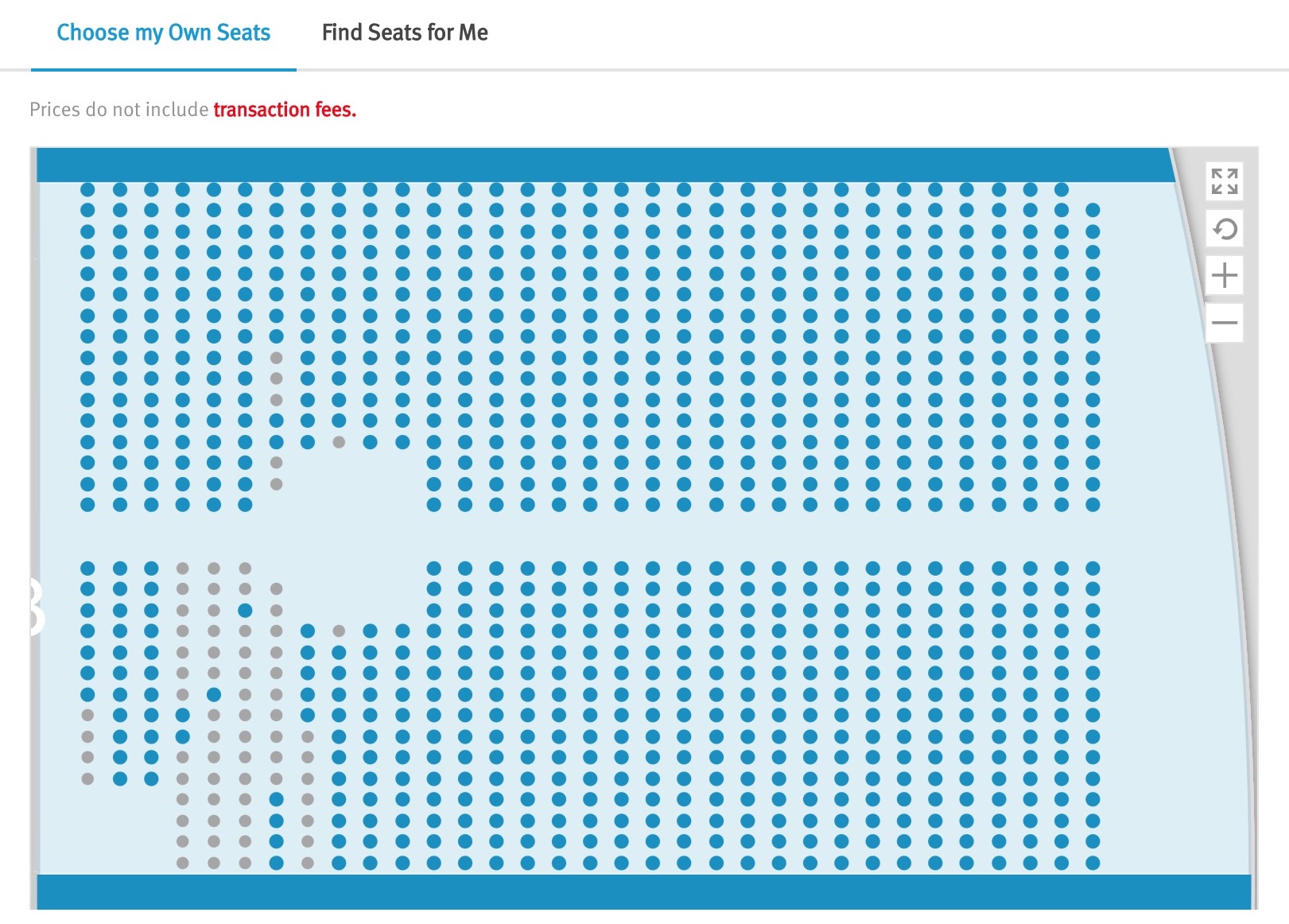 Quite a few seats available in Block 123 for tomorrow evening

It’s going to be a bit eerie tomorrow evening when Arsenal host Eintracht Frankfurt. There are a number of factors that are going to make tomorrow’s crowd very low.

First up, Europa League group matches often see 25% of the stadium empty, in spite of Arsenal’s invariably winning these games, and indeed they are favourites on the Powerplay Website for tomorrow’s game. Season ticket holders aren’t that interested in Thursday night football, the club do not always sell out the allocation for silver and red members, in spite of the bargain prices.

Second, red members have been unable to buy tickets for this fixture, presumably a measure designed to stop touts buying on red memberships they have (which cost £20 a season), and selling the cards onto Frankfurt fans at vast profit, not caring too much about the membership being banned in the event of discovery. So only silver members can buy tickets.

Third, no ticket exchange facility has been made available for this game so that season ticket holders can sell on their seats to other members. Having said that, this generally isn’t made available unless the club have sold out all of their own tickets, so is often not possible for Europa League (or low interest FA Cup) matches. The club are at least allowing ticket transfer, whereby season ticket holders can allocate their tickets to a member they know, with no money changing hands.

Fourth, no away fans. There are going to be extra ticket checks before the game, and surely, a massive police presence due to the ban on Eintracht Frankfurt fans. There are certainly fears that travelling supporters might try and storm the entrances, and if they are determined enough, could well be successful. The club level entrances are most vulnerable in this respect. There could even be a cordon of police immediately in front of the normal initial bag search line on the perimeter of the stadium to prevent anyone but ticket holders or residents of the flats surrounding the stadium being admitted. German fans though, tend to be very organised. Some will get in. Whether or not they are subsequently ejected will depend on their number, but I suspect they will have plans to congregate somewhere inside the stadium and hope that strength in numbers allows them to see the game. Not enough of them to fill the swathes of empty seats though.

Fifth… and here’s the biggie, fans voting with their feet with regard to Unai Emery. The supporters have had enough of the head coach’s inability to organise a team, with the resultant lack of watchable football and comedy defending. And regardless of the reasons previously given, this will be the media narrative of tomorrow evening. It’s mostly season ticket holders in the East Lower stand, which will be the one the cameras pick up on, and you can be sure, the white cannon in the seats will be easy to pick out due to the lack of bodies. The thing is though, that people will not be using these seats too much for the subsequent home matches against Brighton, Manchester City, Chelsea and Manchester United… if Emery remains in charge. It was empty seats that eventually did for Arsene. Arsenal fans are not very good at organising protest - too apathetic. But that apathy works both ways, and when they vote with their feet, it has even more impact. Let’s see how long Unai can survive a succession of half-empty home matches, because one thing’s for sure, the sponsors won’t want to be associated with something no-one is interested in, and will pay accordingly or simply drop out when renewal time comes round on their deals.

Still, there is at least one long-term upside to Arsenal’s continued decline – TV will lose interest too in a mid-table club, leading to more Saturday 3pm matches!