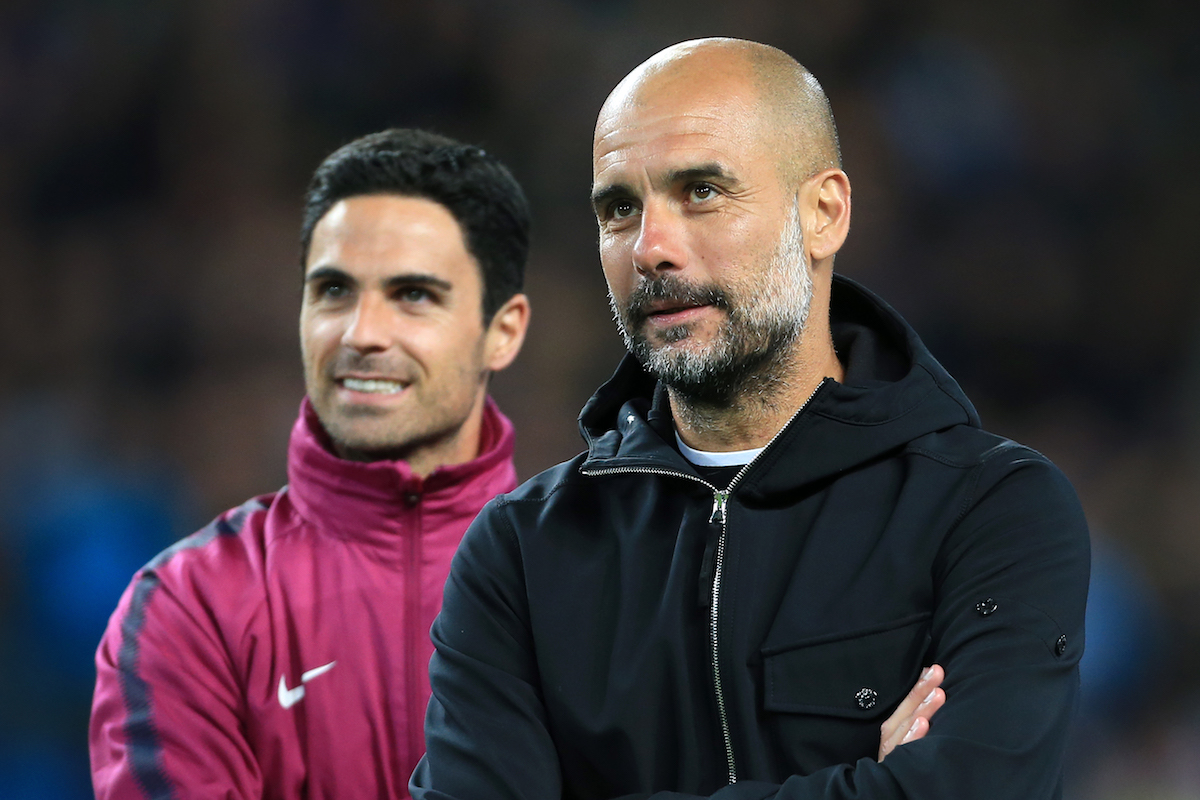 Master and the Apprentice… Could Arteta be returning to Arsenal?

The usual five talking points ahead of this afternoon’s Premier League game at home to Manchester City.

Freddie’s First Big Test
Strange to think that Freddie Ljungberg has had an easy start to life as a head coach when you look at the results (a win, two draws and a defeat). But let’s be frank here. Norwich, Brighton, West Ham and Standard Liege are not the strongest of opposition. At least, in all of these games, the team have responded after going behind, although against Brighton, they contrived to then go behind again. So two ways of looking at this – encouraging that the side’s heads are not dropping, but worrying that they invariably concede first. And conceding goals is going to be a big fear today.

Both Teams To Score
There will be some empathy between Freddie and Pep Guardiola in that both are struggling with defensive absences. Arsenal are without their two best full backs unless Hector Bellerin makes an unexpected recovery, and Rob Holding is unavailable. Manchester City are without their two first choice centre backs – Stones and Laporte, and with Vincent Kompany having departed last summer they are now playing a midfielder there. Last season they conceded 23 goals in the whole campaign. After 16 matches so far this time around, 19 have already gone past them. Still, things could be worse. Arsenal have leaked 24. It’s fair to say that the attacks on display today will be better than the defences, and no doubt odds on both teams to score will be on the low side.

The Arteta Factor
Talking of bookies, the current favourite for the next permanent Gunners’ head coach is former captain Mikel Arteta. Now, the name of the favourite for the job has been changing on a regular basis, and the one thing you have to say about the panel charged with handing the recruitment process is that there have been no leaks. We have to assume they are talking with the prospective candidates, but you just could not say who. Which is of course how it should be. Unai Emery’s appointment came out of nowhere, which will be an unwelcome memory for Arteta, who thought he’d secured the job in 2018. 18 months on, will he still be interested? The club have since declined even further, and there’s not much cash to splash. Still, the argument for Arteta is that he improves players. And my God is there some improvement needed…

An Unwelcome Sequence
Let’s not pretend here folks, Man City are odds on favourites to win this match, and if they score twice, it will be the first time since December 1965 that Arsenal have conceded two or more goals in four successive home games. Many of us won’t be old enough to recall the Billy Wright era – but it has a lot of similarities with today. Arsenal good going forward, but hopeless at the back. Remember the triumph of beating Bournemouth 1-0 in early October? That was the only home clean sheet so far this season. I’d say it was a fond memory, but what I do recall of the match was that it was pretty dire. Still, we’d take terrible football and the same result today, right guys?

Granit Xhaka is Concussed
You know, to drop a bit of rare wisdom in here, there’s a universal law that states you attract what you fear. Remember Granit Xhaka pulling out of a header when West Ham scored last Monday, for feat of getting hurt? He later leaves the field with concussion. It means he has to sit out today’s match under medical regulations, although it’s fair to say with his propensity to give possession away in his own half, there won’t be too many losing sleep over that. However, City will be all too well prepared for the current lunatic vogue in the Arsenal team for playing it out from the back, and we can expect a high press if they are daft enough to try it today. We all know the Gunners’ defensive players are not the best on the ball under pressure, so let’s hope that at the very least, things are mixed up a bit today. Because it they aren’t, Ljungberg’s players have just signed their own suicide note, as far as getting anything from today’s game goes. If City’s forwards get the number of chances lesser teams have enjoyed against Arsenal of late, we could be looking at double figures. Honestly. Southampton lost 9-0 recently. It could happen.

Conclusion
For those watching at home, make sure there’s plenty of room behind the sofa. Because the chances of you needing to hide behind it are extremely high. Sure, City have been on a patchy run - they’ve only won three of their last eight games in all competitions – but if they could choose opposition to play when they need a win, Arsenal would be pretty high up the list, and they’ve taken all the points in their last two visits to the Emirates. Both are memorable – the 3-0 defeat the Thursday after the League Cup Final defeat in 2018 – when hardly anyone turned up, and Unai Emery’s first competitive match in charge of the club in August of the same year – that was 2-0. Let’s not get our hopes up, but hey, football’s full of surprises, right? Right? Ok, probably not today.