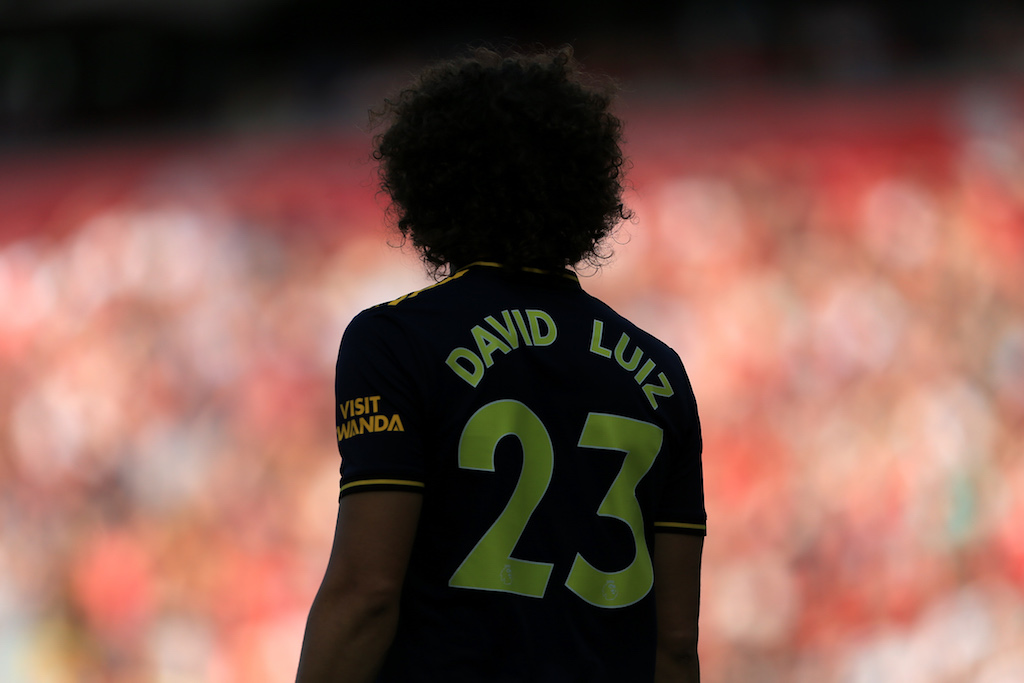 I make no bones about it, I’m old school, completely behind the times.

I have no interest in what goes on ‘behind the scenes’ and who does what, I’m only interested in what happens on the pitch. Like everyone else I get excited by signings being made - especially if I’ve heard of the player being signed and I rate them - but who actually signs them and what agent gets what doesn’t interest me.

I prefer the days when a picture would get published of a player wearing the club top, holding an outstretched scarf above his head and a quote saying pretty much “It’s been a lifelong dream to play for Arsenal – the club I’ve supported since I was a boy”.

Which kind of brings me on to the news that David Luiz has been given a new one year contract.

In his last game for the club he was directly at fault for two goals and got himself sent off, does make me wonder what he’d have been given if we’d have kept a clean sheet, had snuck one in at the other end and flew home from Manchester with three points in the bag – I’m guessing a bronze bust of his in the foyer of the Emirates and a stand named after him.

The ability that all truly great sportsmen have of finding that something extra when it’s needed most is what makes them great.

The opposite of that are players that shrink into themselves when the heat is on.

And that brings me nicely back to David Luiz. My god we’ve taken batterings at Liverpool and City over the last few seasons. But you’ve still got to stand up and be counted. It’s these games where you earn the respect of die hard fans that travel up with little hope or expectation.

We all knew – history and rivalries aside – who are toughest two away games this season were going to be. Good job then that we’ve got a champions league winning centre half in our ranks whom – I assume – has brought in to add experience and calm to a fragile back four.

We’ve lost 3-1 and 3-0, Luiz has given away a penalty in each game – needlessly – been directly responsible for two other goals and has got himself sent off in one the games. His ineptitude in those two games has been quite staggering. Rather than rising to the occasion he walks away from it.

When rival fans rub my nose in it after yet another Luiz aberration I don’t have the stomach to defend him and this is coming from the bloke that still stands up for Gus Ceasar – people seem to forget he did have a blinding debut up at Old Trafford (Ceaser not Luiz).

So I don’t care who made the decision to give Luiz a year long contract - but I do know that it's a disgrace. I also know that when we’re up in Liverpool or at Man City next season I want him nowhere near the pitch.

These games aren’t for him. He’s not up for it, he not good enough and he doesn’t have the cojones.