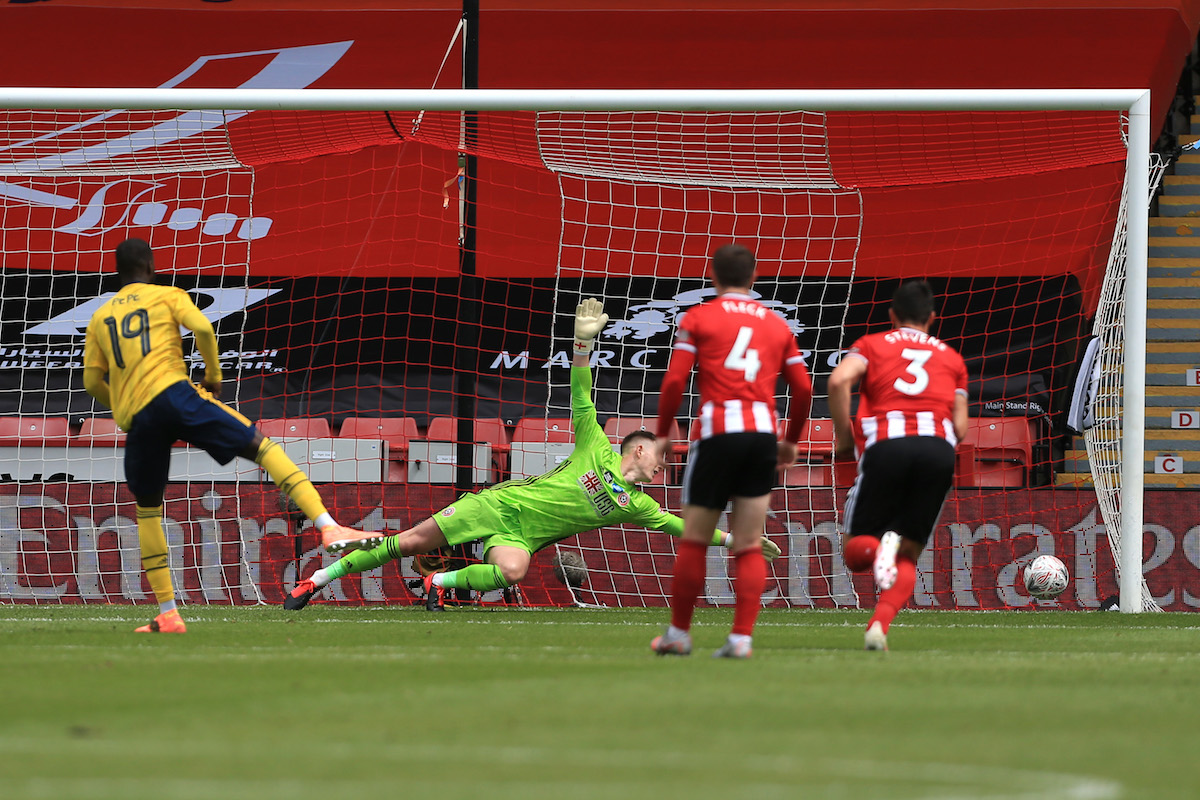 It was interesting to note that all four FA Cup quarter finals over the weekend proved to be away wins. And I think it’s fair to say that the absence of a baying home crowd at Sheffield United certainly helped Arsenal’s cause. I wonder if the penalty that was awarded to Alexandre Lacazette would have happened if the stadium had been packed with Blades’ fans.

Still, we are becoming used to the spectacle of matches without crowds, and things are on the up for Arsenal after a disappointing return to competitive football with the defeats at the Etihad and the Amex. Now, we have two wins on the trot, although the draw for the semi-final does suggest that a trophy this season is going to be something of a long shot. Still, we all remember 2017, right? Manchester City in the semi-final, then champions Chelsea a few weeks later to land the Cup. It was good simply to progress and remain in the hat, even if Alan Shearer did the club few favours when he picked out the numbered balls. I wonder if they had been sanitized?

Onto the match itself and David Luiz returned to the starting eleven at the expense of Rob Holding. Bellerin was rested as Ainsley Maitland-Niles played as a right wing back and Sead Kolsasinac played on the left-side of a back three. Matteo Guendouzi was nowhere to be seen in spite of the paucity of midfield back-up, whilst Mesut Ozil did not make the trip to Sheffield either, and if Arteta had plans for the number 10, you would have thought he might get a run-out in the cup. Granit Xhaka played in front of the back three, aided by the marauding Joe Willock, with a frontline of Saka, Lacazette and Pepe.

Early on, Arsenal got away with some pretty poor defending from set pieces. An offside goal was chalked off after a corner, and a free-kick saw Mustafi head the ball backwards across the face of his own goal which he only just got away with. This worrying weakness in Arsenal’s game was to get even more exposed after the interval, despite the introduction of Rob Holding for the crocked David Luiz.

It was to be Arsenal that enjoyed the luck of the cup though – Pepe dispatching a penalty halfway through the first half after the foul on Lacazette, and there were chances to make life more comfortable as the Gunners grew in confidence and enjoyed a spell of dominance. That they didn’t increase their lead made much of the second half a case of hanging on, as predictably, Chris Wilder’s team threw the proverbial (stainless steel) kitchen sink at the opposition goal. They came very close, another offside at least showed that there has been some work on the defending, although whenever there was a throw-in within 40 yards of Emi Martinez’s goal-line, a long one would invariably be knocked on by a Blades’ head and danger ensued. It became a set piece onslaught and eventually, in the 87th minute, the resistance was broken after a botched clearance from Kolasinac.

By this time, Ceballos and Nketiah had been on the field for a while, replacing Willock and Lacazette (the captain for the day). In a remarkable period of injury time, it was the Spaniard who showed his qualities to settle the tie – as an Arsenal break led to him collecting a rebound and slotting coolly past the keeper. It felt like a goal out of nowhere, but it was a confirmation of how useful a player Ceballos is, at both ends of the field. If I were a neutral, I would say the win was undeserved – at best Arsenal were worth a draw on this performance. Of course, cup ties need a winner, and the dice fell their way yesterday. It’s good for morale, and there are some that consider the performance one of resilience. But given the number of balls in the air that Arsenal failed to deal with, I admit, I was more concerned than encouraged by what I witnessed yesterday.

Still, in cups it’s all about getting through, right? Let’s see what happens when Manchester City come to Wembley – at least there won’t be such an aerial onslaught.