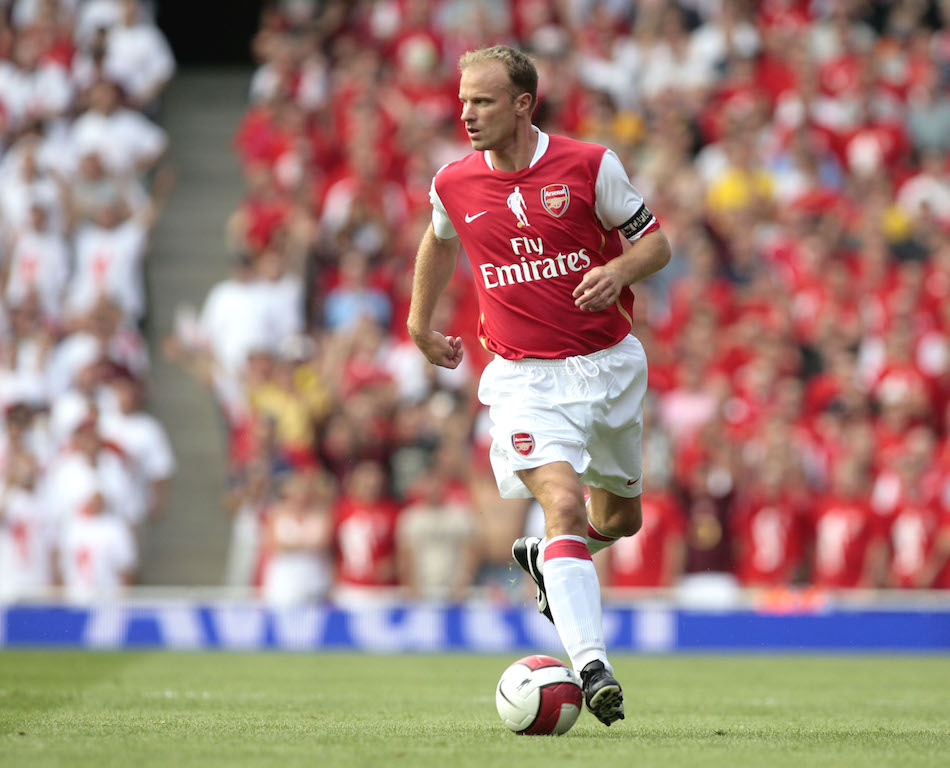 Unfortunately Mesut Ozil’s legacy will probably be short and largely forgotten, while Dennis Bergkamp will always be considered an Arsenal legend. CREDIT: OFFSIDE

First things first, it is definitely an unpopular thing to say at the moment but I am (perhaps was) a fan of Mesut Ozil the player.

When I say that, I mean the player we saw grow at Schalke and Bremen, the player that made everything click in the last generation of Galaticos at Real Madrid and then struck up a great partnership with Alexis Sanchez when he arrived at Arsenal - remember the excitement when he signed on deadline day?.

Mesut Ozil running a game is a sight to behold… I just can’t remember the last time it happened.

But compare him to Bergkamp? Really?

While there are similarities in style and technique that we can all appreciate, that is really where the comparison ends.

For those with short memories Dennis Bergkamp was perhaps the catalyst to the Wenger revolution at Arsenal despite arriving under the previous brief regime of Bruce Rioch.

His technical ability, vision and perhaps his lesser noticed determination to succeed was evident from early on and provided a glimpse of the type of players Arsene Wenger was looking for. His testimonial as the opening game at the emirates, a final fitting tribute to player that everyone wanted to see week in, week out.

Ozil also has style and technique, his vision is great too but having won a fair bit at Madrid, the expectations on him were high and he has simply failed to live up to it at Arsenal.

Perhaps he had passed his peak, perhaps the players around him were not up to scratch? I have heard many excuses over the years, even made some of them myself but the fact is, Ozil and his time at Arsenal are, overall, a disappointment.

There have been a long line of alleged Bergkamp successors, from Samir Nasri, Tomas Rosicky, Andre Arshavin to name but three and Mesut is really just another in a long list.

He was the perfect foil for Wrighty, For Nicolas Anelka, and Thierry Henry. All of them, even Anelka, put their success down to working in partnership with Bergkamp. A Gold Premier League trophy, piles of silver wear and a bronze statue are a testament to his ability, his worth to the team, his determination to succeed are all testament to how he is thought of in North London and beyond.

Ozil has not been without success either, FA Cup wins aside though, what will he have to show for his time with us other than a huge bank balance and his own line of clothing?

People talk more about his salary than his importance to the team and that really says it all to me. Ozil is like a gym membership, if you use it and see the results then it is worth every penny. I

If Mesut played every game, produced the form we know he is capable of and we gained a CL place and re-emerged as a title challenging side then we would have happy memories of him for years to come.

Sadly Ozil’s legacy will probably be short and largely forgotten, he was supposed to be, along with Alexis the guy that pushed us back to where we belong at the top of the Premier League and challenging on all fronts, instead he will be part of the collective that lost our status as one of the top teams, lost a champions league place we had secured for two decades and finished in the lowest position since… we signed Denis Bergkamp.

This is an argument that will rumble on and on but thinking back, Dennis at his peak was a joy to behold and even in his final years he contributed to the team, there are very few players that have the longevity to retire at Arsenal in the modern era.

Had Ozil seen what was coming, he may well have left when that long running contract saga was playing out and the club would have been seen as failing to keep its best players and Ozil’s legacy might have been secured.

Sadly he will never be on the same level as our favourite Dutchman.