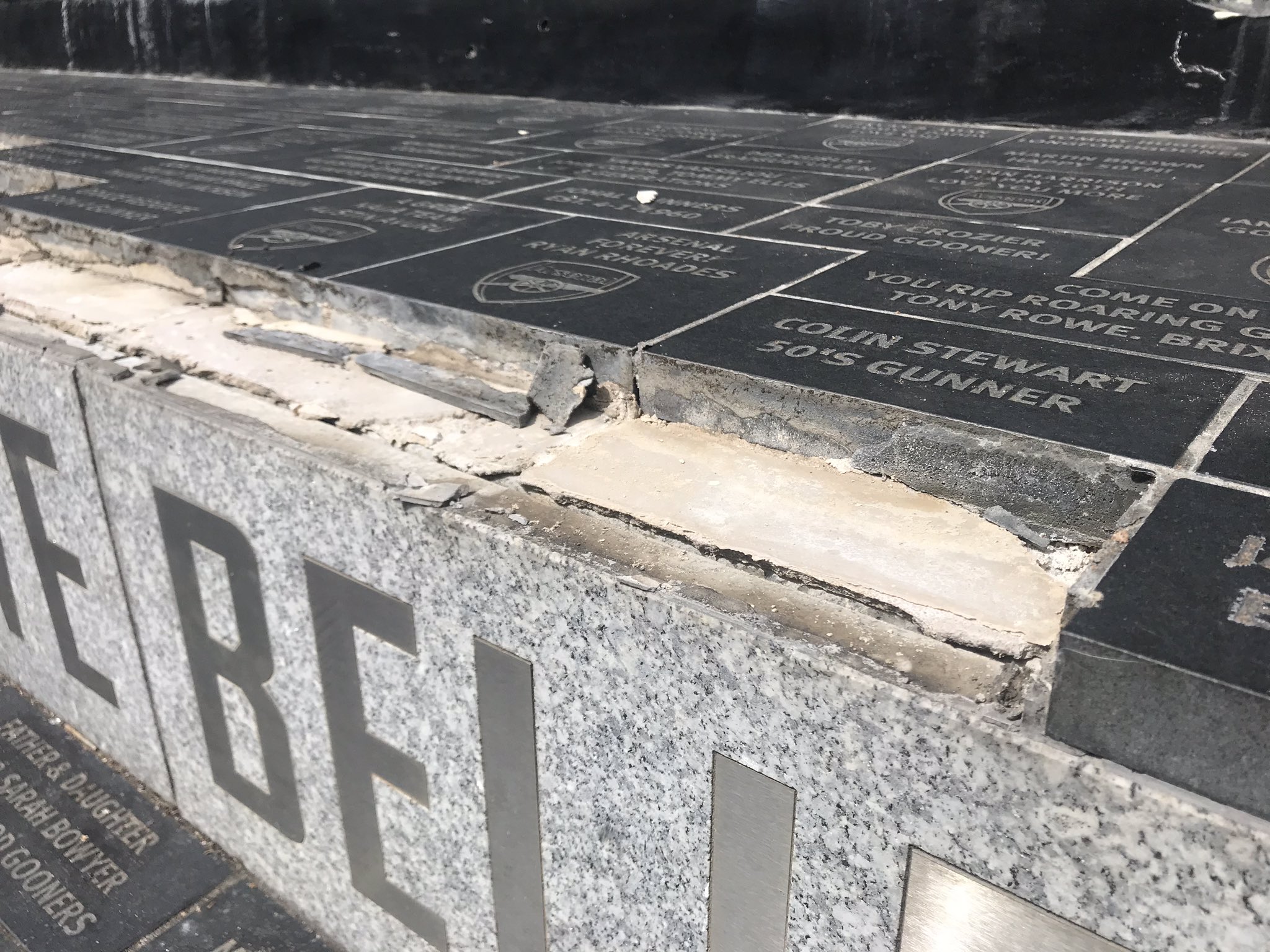 Vandals have ripped up and removed memorial stones sacred to Arsenal supporters outside the Emirates.

Vandalism has led to around 40 stones being taken near to the ‘Tony Adams statue’ on the concourse outside Turnstile E outside the Gunners 60,000 capacity stadium.

Cult Arsenal artist NorthBanksy, who was visiting the club’s superstore with his son, was disgusted at what he saw.

“It’s hallowed ground to many Arsenal supporters. There are tributes to dads and granddads and loved ones – why would anyone want to damage such a thing?

“I’ve been accused by the authorities of vandalism because of some of my street art. But this isn’t just vandalism, this is a desecration of people’s memories. If this stuff turns up for sale online we should report it.”

The treasured stones didn’t appear to be smashed up, rather, they were prised off carefully, with one theory being they will be offered for resale online.

In the week when Arsenal announced 55 redundancies among its staff, Northbanksy added: "I hope not or it’s another self inflicted PR catastrophe - but I think the club’s contractors would have been obliged to fence off the area due to Health & Safety legislation - and there’s no evidence if that. Plus why would the club remove Arsenal badges from within plaques?"

The Gooner has contracted the club for comment – but Northbanksy added: “I just can’t see it being repairs.

"They’ve actually damaged the whole area to get to these.

“Some of them are still in place but have had the Arsenal badges prised off. The others are crudely chiseled and seemingly in a hurry. They’ve just removed strips of them one after another.”