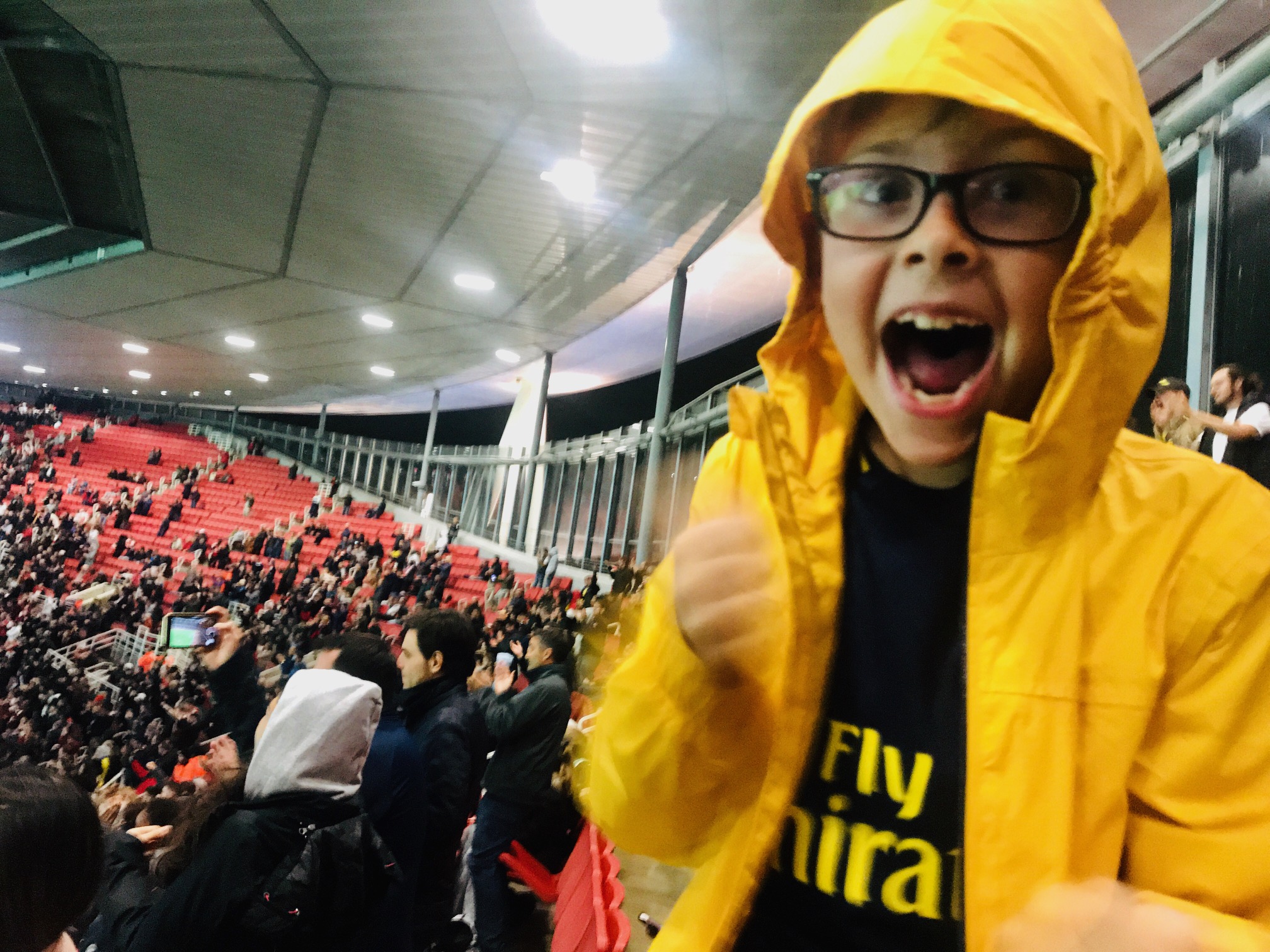 The Gooner has always prided itself on promoting young writers throughout our 33 year history - but this effort from 10-year-old Max Bazargan is absolutely exceptional.

Read on for Max's superb essay on his first full season watching The Arsenal.

A never to be forgotten campaign which brought: Three managers, one global pandemic, one FA Cup, one Community Shield....

2019-20 was my first year going to live Arsenal games. I had recently turned nine, and I had gone to occasional games before, but I didn't really understand them.

My dad had purchased a season ticket for me. Actually the season ticket next to my dad was going spare for a year and he got it thinking he would go with his mates - or occasionally with me - but as far as I was concerned, that was going to be my ticket - and soon I was going to the home games (though I have still never been to an away game.)

I wasn’t sure what to expect, but I was definitely surprised by what happened.

But I'm sure that any Arsenal fan would agree that this has not been an ordinary season for us Gooners.

Or for any fans.

At first I had a very vague view: Aubameyang scores goals was my main knowledge of it at that time.

I’m very proud to say that my football knowledge has expanded past that this season.

Although Aubameyang scores goals is an undisputed fact.

Another thing that we can all agree on is that Emery at Arsenal was a complete and utter disaster.

As far as I’m concerned, he was sacked far too late and almost guaranteed that we would not be getting too high a league finish this season, and many Arsenal fans lost hope after Freddie Lljunberg didn’t work out either.

Then, something I had strongly anticipated happened: Arsenal signed Mikel Arteta to be their new manager.

I was very pleased that we signed him over other old man candidates such as Jose Mourinho or Manuel Allegri.

I felt that Arteta was really getting something going, but then, of course Covid 19 came and the rest of the season was postponed after Arteta himself got ill.

Then, thankfully after a few months, the football restarted and Arsenal were DOMINATING!

We pushed our way to the FA (or For Arsenal) final, and despite the commentators criticizing us all game long, we won to wrap up the season - which was both amazing, and frighteningly unusual at the same time: FA Cup Number 14.

We should all have seen that one coming...

I think I learned a lot about football this season

Me at the start of the season: “Yay… Auba scored!”

Me at the end of the season: “Brilliant run from Saka down the left flank, as Xhaka covers his position. Saka skims past his man and looks up, and sees a beautiful run from Aubameyang towards the back post. Saka dribbles to the byline, and curves in a fantastic cross over the heads of the defenders, but just low enough for Aumaeyand to skilfully head it into the back of the net. GOAL!”

I do expect another trophy soon. I am now ten, and I have seen Arsenal win the FA Cup 4 times already, or once on average every 2 and a half years, or anXFACup 2.5  Hopefully we can shorten that to once per season, with this amazing new squad that we’re developing!

What a season: Three managers, one global pandemic, one FA Cup, one Community Shield - and then the new season starts.

But coronavirus is still here... When will we fans ever be able to get back to watching live games?

My top three events were (probably):

1) Martinelli scoring his first goal. I was very excited, as he was so good at such a young age. (5-0 vs Notts Forest)

2) The Arsenal vs Man City semi-final. All I’m saying about that is that revenge is sweet!

3) The party in Finsbury Park after the Arsenal vs Chelsea final. That game was a roller-coaster ride with my emotions.