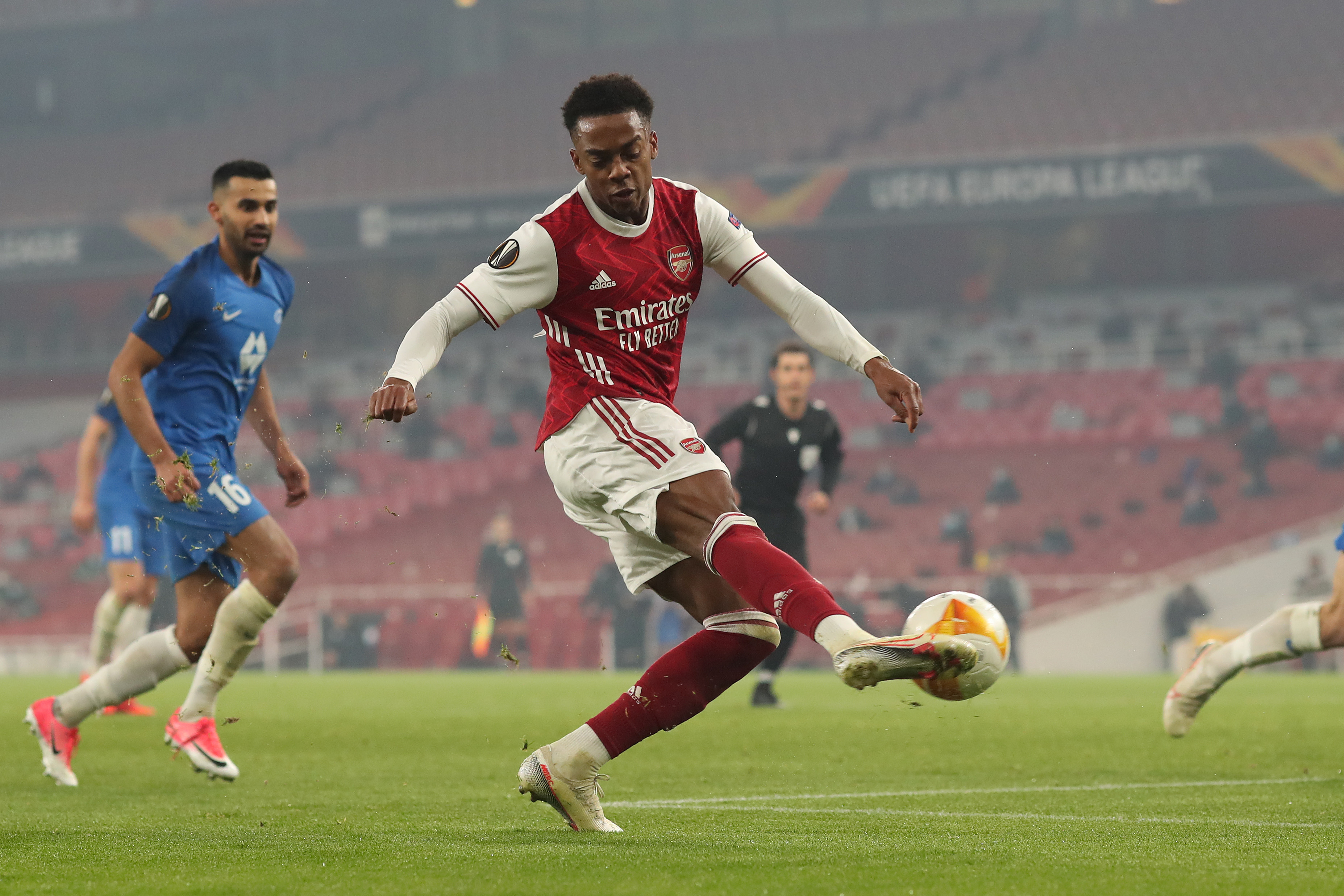 Since Aaron Ramsey's 2019 departure for Juventus, Arsenal's midfield hasn't been the same. The Gunners failed to replace the Welshman and his unique qualities, something they have paid the price for over the past year and more.

His dynamism and eye for goal gave Arsenal a threat from deep they seemingly no longer have, but Willock is quickly starting to show he can be a more than effective replacement.

His performance against Molde on Thursday night and the display against Dundalk just seven days before had all the hallmarks of the Welshman.

Willock's driving runs beyond the attack offered Arsenal an outlet they have lacked at times both this season and last, while his clever movement and neat touches left the Norwegian side without an answer as to how to deal with him. He got the goal his performance richly deserved too, latching onto a pass in the box late in the game and smashing the ball home.

Ramsey made a successful 11-year career in north London with those kinds of performances and Willock has more than enough quality to do the same, with no Arsenal midfielder scoring more goals (9) than the 21-year-old since the start of the 2018-19 season.

David Luiz spoke in glowing terms about the Hale End graduate after the win over Molde, saying: "Joe is a fantastic kid, a fantastic boy, I’m always behind him to help.

"He can do better, and I’m not joking with this because he has the talent to be at the top level.

"He understands that every single day. It’s a pleasure to play with him, especially because he’s humble. When you’re humble, you can learn things, get better and improve.

"If not, you can’t understand. He has a great present and future."

While Willock's Europa League displays have more than caught the eye, he is yet to play a single minute of Premier League football this season, with Thomas Partey, Mohamed Elneny, Granit Xhaka and Dani Ceballos prefered to the Englishman.

The Waltham Forest-born midfielder will certainly be knocking on his manager's door in the coming weeks, but Arteta believes patience is key and that he will earn his chances.

"I think it's key in the development phase, to be patient," he said.

"But as well, we have to be reading the situation as well and he is playing in Europe regularly. It's not like before where it's just 'Okay, they can play in the Carabao Cup' and we give them 10 minutes here. It's not the case, he is playing in important matches.

"Does he want to start in the Premier League? Of course. But it is part of his development. Look at Joe 12 months ago and look at Joe now, the player he is, how he is maturing and how much he has improved.

"He is on the right path and if he continues like that and continues to be consistent, he will have his chances."

A loan move may benefit the Englishman, but letting Willock leave temporarily would see Arsenal lose a player whose unique talents cannot be found elsewhere in the squad.

Although he has his detractors and deficiencies - with Arteta often having to coach him into the correct defensive position during games - he has plenty to offer the Gunners this season.

While he may not fit into Arsenal's current two-man midfield, he appears to be the perfect option for the three-man midfield that Arteta seemingly wants to play long-term, providing the forward thrust while Partey and others sit deep.

How long it will take for Arteta and Arsenal to reach that point remains to be seen, but in the meantime, Willock must bide his time and take his chances when they come around.

He's certainly done that so far this season as he continues to show he can be the man to replace Ramsey, and with the belief Arteta and his team-mates have shown in him he certainly has a bright future ahead.