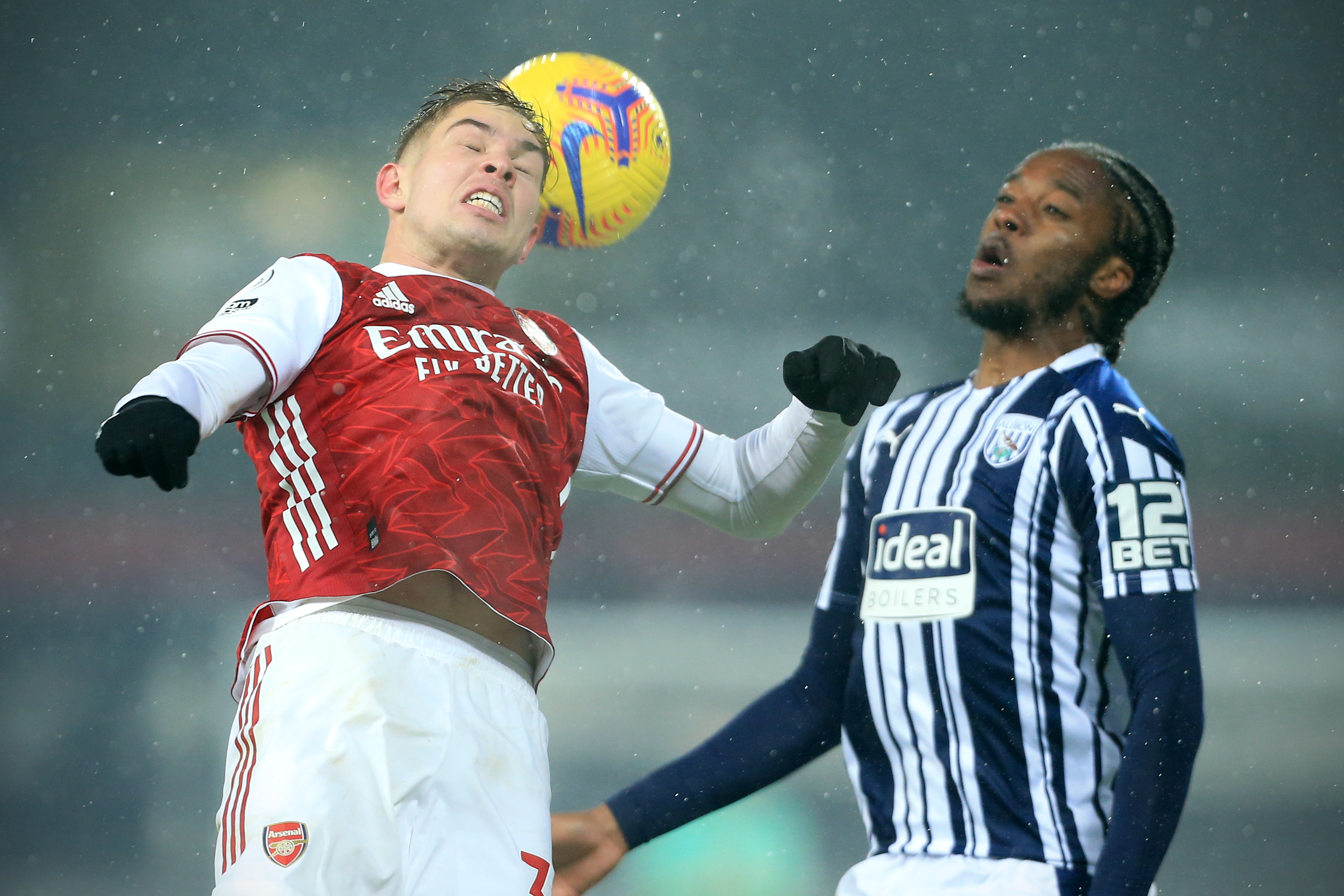 Given the languid manner of his run, he barely looks interested, but this is all part of the trap. Bellerin’s poorly hit pass nearly derails the plan, forcing Smith Rowe to readjust his body and wrap his outstretched right foot around the ball to hook it past Romaine Sawyers and into the feet of Bukayo Saka.

This is where Smith Rowe suddenly shifts through the gears, leaving Sawyers on his heels. Saka dribbles inside opening up the pastures behind the ball watching Dara O'Shea for Smith Rowe to run into. The England winger zips a pass into Alexandre Lacazette who finds the advancing Smith Rowe in the right channel.

Two touches later, it’s on a plate for Saka to make it 2-0 to Arsenal. This exquisite team goal, orchestrated by Arsenal’s no.32, perfectly showcases the dynamic he has brought to the Arsenal attack.

Intelligence, movement and precision. Let’s not get carried away, he hasn’t set the world on fire - his performances have been effective, rather than sensational.

But with his rolled down socks and untucked shirt, he looks every inch the archetypal playmaker Arsenal have been looking for.

Don’t just take our word for it, listen to technical coach Saul Isaksson-Hurst, who has worked with the likes of Arsenal academy products Tyreece John-Jules and Marcus McGuane.

Here the founder of My Personal Football Coach breaks down the qualities of Arsenal’s rising star.

PLAYS THE GAME IN FAST-FORWARD

“He moves the ball quickly when he needs to,” says Isaksson-Hurst. “But knows when to take extra touches to beat a player. He dictates the tempo of the team in the final third, taking defenders out of the game by moving the ball at speed with quick, combination play.

"When you take too many touches you slow everything down and allow defenders to get set, which makes it harder to break teams down. He sees the pass and plays it and most importantly he plays forward - such an underappreciated quality.”

EYES IN THE BACK OF HIS HEAD

“The best players in the world always have time and space because they do all the work before the ball comes to them,” explains Isaksson-Hurst.

“Emile creates space with his movement, for example, he might see the pressure coming from his right and feign a movement in that direction to commit his marker and then uses his first touch to go left and beyond the defender, either with a pass or touch. Top players, like Emile, have an understanding of where their teammates are and they have the ability to find them very quickly in the final third, where it’s compact.”

“He knows when to dribble, when to play a one-touch pass or when to take another touch and slow things down,” observes Isaksson-Hurst.

“He plays in between the lines and gets in those pockets of space where he can receive the ball on the half-turn and play forward with one touch into the 9, 7 or 11. You can see from the combination play against West Brom that Emile is decisive. His movement, pass selection and timing all demonstrate an ability to process the game at high-speed.”