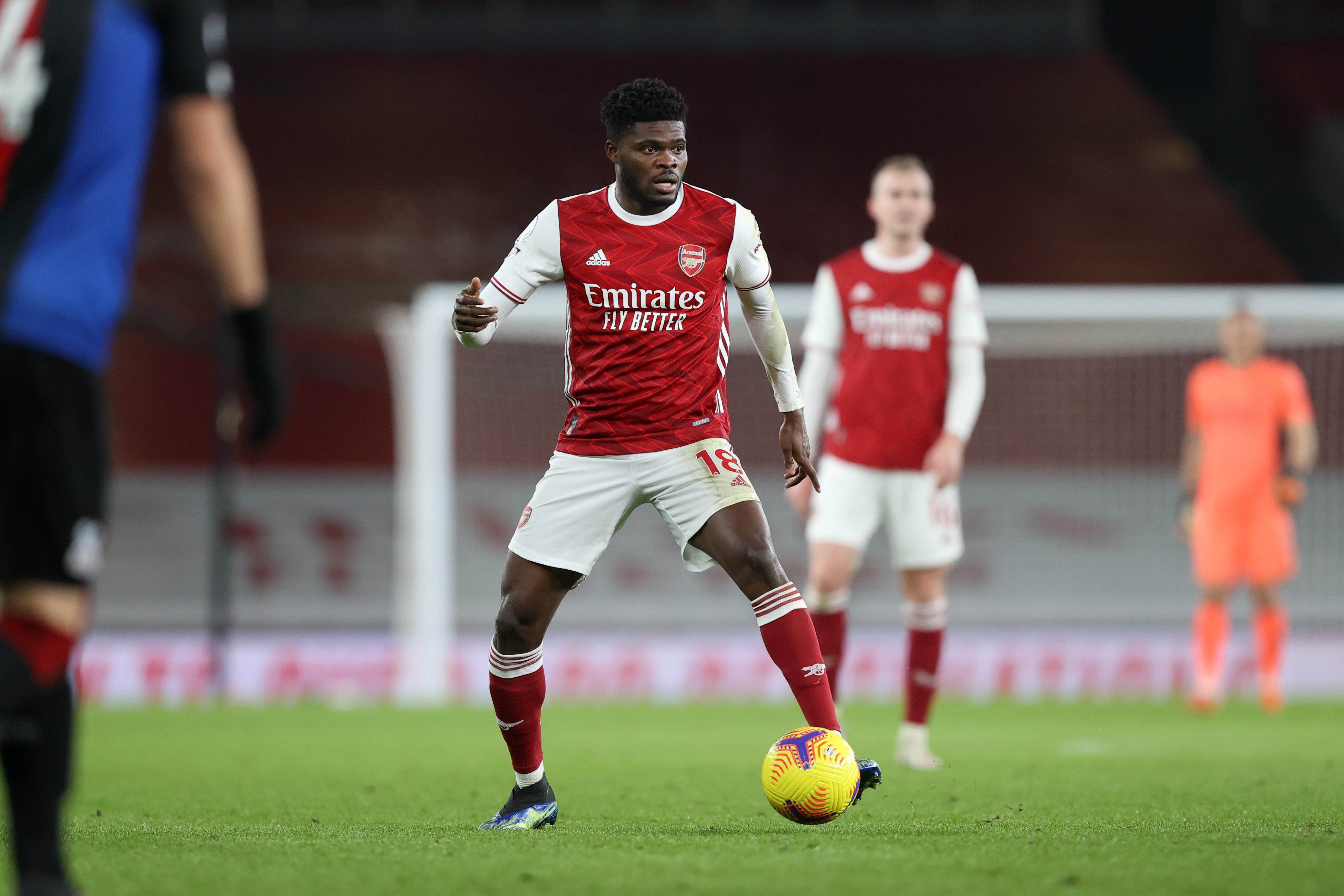 Thomas Partey shone as Arsenal eased past Newcastle 3-0 at the Emirates on Monday evening. Read Ben Welch's piece on the Gunners midfielder with the Secret Scout

That’s how long it’s been since Arsenal’s legendary No4 Patrick Vieira left north London for Juventus.

That’s how long it’s been since Arsenal have had a midfielder who can police the back four and mobilize attacks with equal efficiency.

There have been many pretenders who had fans and pundits speculating whether they were “the new Patrick Vieira” but once the surge of excitement settled, reality set in.

They weren’t, and no one can be.

But Thomas Partey might just be the presence we’ve been missing since the halcyon days of peak Vieira.

A tricky start to his Arsenal career, stifled by a global pandemic, international duty and injuries, had fans twitching with desperation.

Arsenal needed Partey and during his first start since hobbling off against Tottenham in December, he showcased his capabilities with a confidence and assurance the Gunners have been missing.

As Arsenal laboured towards another goalless draw at home, he collected the ball on the edge of his own box, strode away from an opponent and swept a crossfield pass out to Pierre-Emerick Aubameyang, who duly raced away to give the Gunners a 1-0 lead over Newcastle United.

Quick-thinking, vision and tempo - all the things Arsenal have been missing this season - encapsulated in one decisive moment.

This isn’t a comparison with Vieira, Partey is a different player, but he could be the modern day midfielder Mikel Arteta needs to lead his evolution, in the same way Vieira helped transform Wenger’s Arsenal.

Recruitment analyst, The Secret Scout, who has worked with a number of leading Premier League clubs, explains how the Ghanian has the ability to excel in England’s top tier.

“To succeed in the Premier League you need supreme athleticism so you can switch from defence to attack and vice versa. Partey has it in abundance,” explains The Secret Scout.

“Transitions, the moment you lose or regain possession, and the speed of reaction in that moment have become a key element of the modern game.

"Partey’s athleticism and football intelligence will give Arsenal an advantage in these moments because a quick pass can exploit a disorganised defence on the counter-attack and a speedy recovery can stop the opposition from punishing a turnover in possession.

"Just when opponents think they’ve got away from Partey he’s able to stop the attack.”

“He recognises when to build and slow the game down, but also picks the right time to break a line with a forward pass to start an attack.

"He plays the game at his tempo. His assist for Aubameyang’s opening goal against Newcastle was excellent, but it was the decision to stay on the ball and dominate the 1v1 by dribbling past the opponent to create space for the pass that really impressed me.

"Without his calmness in possession and confidence to beat his opponent that goal doesn’t happen.”

“In Partey, Arsenal finally have a midfielder that has the ability to sense danger and be in the right place at the right time,” says The Secret Scout.

"What I like most is his ability to see an attack unfolding and position himself to either cut off the pass or pick up the second ball.

"A lot of this kind of work goes unnoticed because it’s not going to make the cut in a highlights reel, but it’s really effective for his team.”