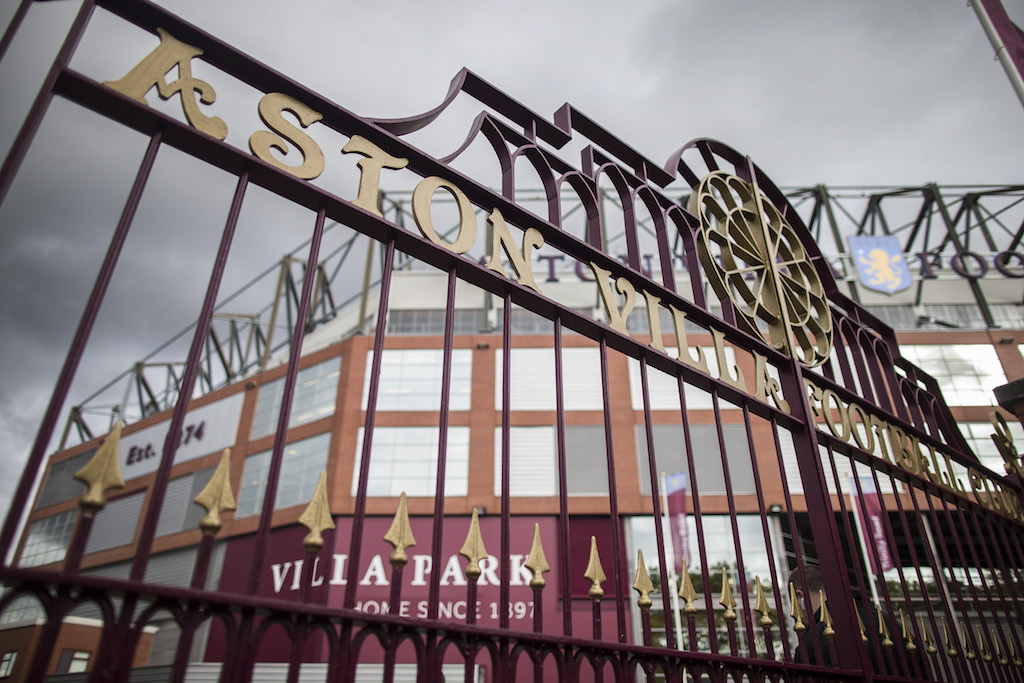 You can find David's superb work in the pages of every issue of the Gooner Fanzine, including our latest edition, on sale here, where he writes about Liam Brady.

For his first evocative online column read on as David recalls the day Ted Drake hit Aston Villa for seven.

On Saturday, December 14, 1935 the Arsenal travelled to Villa Park.

It was also a battle between arguably the two most valuable teams of the mid-1930s, for the Gunners were defending league champions for the third successive season, and probably the most famous football club in the whole world too; while Aston Villa, although sitting at the foot of the division one table, following a run of dreadful results, and even more dreadful performances, had just spent upwards of another £25,000 on new players in a last desperate attempt to galvanise a response to the ever looming threat of relegation.

It would be a match which included 14 full internationals – eight of whom would turn out for the Gunners – and has come to be recognised over the intervening years as one of so many sepia-shadowed, flickering memories of a lost world of football.

The match was sold out almost as soon as tickets went on sale (nothing unusual for the visit of Arsenal) and on the day, a murky, sullen West Midlands’ afternoon beneath skies which were a cloying mixture of smog and low cloud, and as gun-metal bleak as the host’s present fortunes, the gates opened at 1230pm prompt.

In those days Villa Park was bookended by two enormous open topped banks behind the goals and two stands alongside the pitch, one of which was the architectural gem from that golden age, the Trinity Road Stand, considered by many to have been Archibald Leitch’s masterpiece; a construction including stained glass windows, Italian mosaics, Dutch gables, and a sweeping staircase: it provided in every sense the perfect stage setting for what was to unfold that afternoon, when the initially baying partisan crowd stayed behind to applaud the victors from the pitch!

Wilf Copping, who liked it when the game got rough and tough, a man who epitomised the ‘they don’t like it up ‘em’ mentality left the pitch with a broad grin across his face, while the real star of the show left the scene of his remarkable triumph and exhibition with his head down, quietly and humbly taking the praise of his opponents and the congratulations of his team-mates; modestly waving to the crowd in acknowledgement of their stunned yet genuine salutes.

In most walks of life, it would have been hailed as a truly bravura performance and yet it was almost exclusively workman like, with nothing extraneous or unnecessary; nothing frilly or ‘fancy Dan’ about it.

In its power, incisiveness and strength, in its ruthless adherence to a footballing ideology it has become an enduring symbol of Arsenal’s greatness at the time, and the fact that Ted Drake who scored all seven Arsenal goals that afternoon equally asserted that it had been a team success and not a personal one, perhaps more than anything else goes to the heart of what Arsenal’s greatness was built upon!

The next day, the Sunday Pictorial captured the simple and essential narrative of Drake’s achievement with the headline: ‘He Scored All Seven’, beneath which was a photo taking up the whole width of the front page featuring an immaculately suited and Brylcreemed Arsenal hero travelling home later that evening on the underground, surrounded by his equally well-groomed and happy teammates: it was an image which relegated a photo of the weary Foreign Secretary, Anthony Eden, returning home from high-level talks in Vienna to an also-ran story at the foot of the page! You see, in 1935, the Arsenal was the news!

In that same paper, hidden away within its 36 pages, was an article of especial prescience, indeed written before the Villa/Arsenal game of 24 hours previous.

The article, a general summary of the good and the bad in sport at the time, opened by speculating upon the immense gamble Villa had taken with their financial outlay – a gamble which the Gunners had truly shone a spotlight upon; this was followed with an assessment of our own Ted Drake, whom the author spoke of as the ‘league’s best trier’. It sounds like an attempt to perhaps damn with faint praise, but the author develops his theme and in so doing hits upon the key to Drake’s success and universal admiration.

‘I saw the Arsenal in action against Middlesbrough…and was surprised at the poorness of their attack in the absence of Alex James. Poor Ted Drake many times had to tackle the ‘Boro defence single handed. He took bump after bump, chased any loose ball with equal keenness and always came back for more. Drake… [will] one day make a name for himself’.

Arsenal had again played without the impish genius of James, and Drake still recovering from the buffeting he received at Ayresome Park played with a heavily strapped knee: but his courageous performance of industry and perseverance was one that his teammates, supporters, and manager expected just as strongly as he thought it his duty to deliver.

It might appear rather superfluous to assert that a man who scored all seven goals in a 7-1 victory might be identified as the difference between the teams, but he truly was, in almost every sense, the single element which set Arsenal and Villa apart that afternoon.

For half a decade Arsenal and Villa had developed a respectful rivalry, and each new instalment was keenly anticipated: and if you remove Drake’s seven goals from any analysis of the game then perhaps this latest match was at one with the nature of those recent contests?

For the papers made much of the territorial parity and the hard-fought nature of the midfield battle, over which neither team really gained any prolonged control.

Indeed, there were frequent necessary mentions of the rugged resilience of the Arsenal backline, good old Arsenal organisation and discipline seemed to many to be the foundation of this startling score line. Before the game most pundits predicted a scrappy draw, a low scoring affair with both defences on top: no one had catered for Ted Drake!

From the facts alone what strikes one is the simple mechanical efficiency of Drake’s contribution in front of goal.

At other times he darted here and there, worked the Villa backline with all the devilish energy he could summon up: he was continually on the move, pulling out wide, drawing defenders with him and creating mayhem in his wake.

Commentators largely agreed that Arsenal’s attacks could have been counted on two hands; and Drake’s efforts on goal amounted to nine – seven being converted with another ‘goal’ being incorrectly not given, with the ball bouncing behind the goal line after coming down off the underside of the bar and spinning out.

It’ll surprise no one to learn that it was the one that got away which occupied Drake’s thoughts after the game – ever the goal scorer! Out of nine shots he scored seven goals and hit the target with the other two!

When the player’s left the pitch, after the final whistle, 60,000 remained to applaud the Arsenal’s goal scorer: for they had seen a history man, and a performance which went beyond the narrow partisan focus of the football supporter! Drake’s efforts that afternoon in scoring seven goals is not surprisingly still a club record, and his 44 goal aggregate during the previous 1934/35 season is likewise still a record, as is his 42 league goals that season too!

George Allison described Drake as ‘the best centre forward in the world’; and if that opinion is that is open to any doubt then he was certainly the perfect centre forward for Arsenal: his goals remain as an undimmed testament to his contribution, but the fact he was almost continuously blighted by injury during his time at Highbury, playing often far short of 100% fitness, selflessly, is an affirmation of the man which still echoes down the years.

An obituary put this down to his unfailingly sunny disposition, a cheerful man who smiled grateful for his lot in life: ‘dashingly courageous and fearlessly bold’, who scored ‘an avalanche of goals’, said another.

This last paragraph published in 1995 is a fitting finale:

‘Ted Drake, a gifted all-round sportsman who [also] played county cricket for his native Hampshire in the 1930s, betrayed no trace of bitterness that he had played in an era when material rewards were meagre, a telling measure of a fine footballer and a delightful man.’