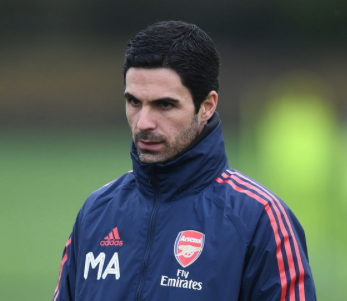 Anyone tuning in to Mikel Arteta’s post much interview after this game without watching the match and knowing the score could have been forgiven for thinking that the result was far worse than a 3-1 away win.

On paper it’s a stunning result which pretty much secures our passage to the ‘Last 8’ of a tournament that’s our only viable route into next season’s Champions League. Although the boss definitely impressed me by showing his unhappiness at the sloppiness that the team showed in securing that result.

We’ll get to how much responsibility he has in that in a second, but first and foremost it’s a furthering of his ability to mostly say the right thing win, lose or draw. A basic criticism of this style is that he is simply talking the right game, but I think his consistency in this area is certainly an indication that he believes it and knows the problems we have.

Is he the right man to solve the problems he has identified and what kind of responsibility can he take for the fact that we repeated an almost identical error twice in six days? Those are really important questions because, like all of us have noted, the easy part is seeing the those initial problems.

You’d like to think that after the Burnley game last Saturday severe warnings were handed around the squad including clear instructions playing out from the back and not taking risks are not mutually exclusive. For a manager that likes to micro-manage from the touchlines and dictate every passage of play, you would surely think that would transfer to the training ground where it’s almost an essential?

I’d love to know what was said before this match. The defence had a 50% rotation, but the warnings should have been the same. Nothing silly, control the game. Luck is one thing we cannot control and again it has to be said that Arteta has been a rather unlucky manager. Be it passages of play where advantages should have been taken, but also refereeing decisions too. There’s not a column for luck on the scoreboard though and sometimes you just have to be so good that it doesn’t play a part.

And we do have good players. Our starting line-up for this game plus the bench of fringe players is at the very least a top eight squad in the Premier League. We need to transfer that from ‘on paper’ to in reality. Top eight is a low expectation for a club of our size, but that’s something we’d see as decent progress after the season we’ve had.

While we had a nice rest ahead of Burnley last weekend – and a lot of good that did us – we’re back into a period where the games come thick and fast. It’s an entirely unfortunate quirk of the fixtures that Tottenham didn’t have to leave North London in midweek and face us off the back of one of the longest journeys you can make in European competition.

Jose Mourinho’s team had the luxury of hosting Dinamo Zagreb on Thursday night. A game in which their boss also went through the motions of pretending that Harry Kane was a doubt for Sunday with an ice-pack ruse. Something I definitely recall him doing before. If Kane doesn’t start on Sunday I’d be incredibly shocked.

Whether we like the fact or not he’s one of the best strikers in the country and will not need a second invitation from our defence if they commit any grave errors in his vicinity. We need to take this game seriously for the whole 90 minutes and not let any of the bad habits slip in. Worse teams than Tottenham have punished these mistakes in recent weeks.

As I’ve said before - history, even in football, is written (or certainly influenced) by the winners. Mourinho was happy to accept grand compliments from the media after the NLD fixture at White Hart Lane earlier in the season that he had ‘allowed’ us to have possession and pepper their area with low value crosses.

While I don’t think we were ever in that game at the Lane, it’s also far too easy for him to say that after the event. I’d certainly be quite happy with that level of possession and a little bit more luck at the Emirates on Sunday. It goes without saying that having that kind of possession after they take the lead will certainly fuel any narrative that they can handle our threat at all times.

If you need to illustrate our dominance over ‘that lot’ to any of your Spurs supporting acquaintances, just point out that they’re trying to do a league double over us for the first time since 1992/93. Also add in the fact that we pretty much threw the home game that season as we were off to Wembley four days later.

Let’s control the game and with a bit of luck the rest will take care of itself and they’ll be waiting at least another year.