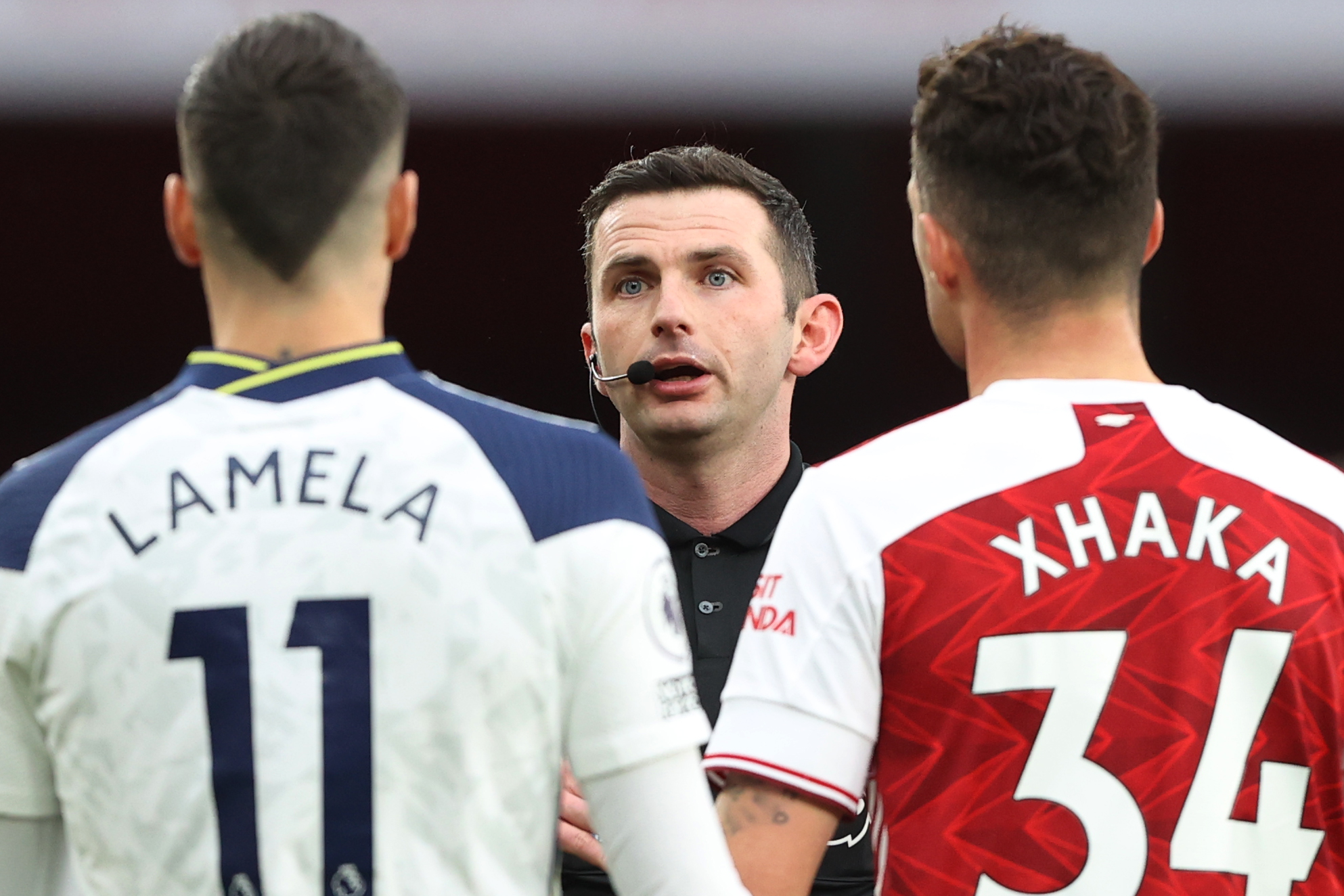 As we rejoice in the fact that North London Is Red again after our well-deserved triumph on Sunday I thought it would be interesting to look at how the game was covered as very few of us could be there and had to watch it through the lens of Sky and the thoughts of Messrs Tyler and Smith,  and particularly how the media viewed the greatest goal ever scored in world history by Eric Lamela.
Let’s begin with Lamela first. From the moment that he entered the fray on Sunday he proceeded to try to wind up Arsenal players with sly fouls .
When he arrived most Arsenal fans were delighted to see the disappearance of Son who is a traditional bete-noir of Arsenal, although I genuinely hope a fine player is not injured for long.
It looked initially as if Dele Alli would be Son’s replacement but up stepped Lamela and it occurred to me that very few clubs could field two such annoying substitutes as those two.
And then we had the greatest goal ever scored.
Or was it just a gigantic fluke? I’m amazed by the hype that surrounds football nowadays.
Lamela’s ‘Rabona’ is his ‘ trademark‘ move because he scored one in the Europa League in 2014 in a game against those European giants, Asteras Tripoli.
I remember that goal - it was spectacular and circulated around cyberspace rapidly.
But a trick repeated every seven years is not a very frequent trick is it?
A trademark usually emerges a bit more often than that. Remember the Thierry Henry trademark finish into   (ironically) the same corner as Lamela hit yesterday.
How many of them can you recall? Just look at a Thierry highlights reel. He even pulled it off within a few minutes after returning as a relatively old man against Leeds in that  unforgettable FA Cup third round tie in January 2012.
Yesterday let’s be clear was a reflex action. Lamela did not have the time to decide to nutmeg Partey or even propel  the ball deliberately in the direction it went.
The ball went into the net because Partey’s legs were fortuitously open and it unsighted Leno. Lamela tries that trick because he can’t kick the ball with his right foot and he has the  ability to time that reverse move through years of practice.
If the ball had pinged off Partey to Ødegaard and he had launched a seventy yard move that resulted in an Arsenal goal Tottenham fans everywhere would have been bemoaning the wastefulness of a show pony.
Lamela of course blotted his copybook with his two yellow cards but I know of two Spurs fans who had discussed how long he would stay on the pitch even before he had scored!
I once took my grandsons to a wildly misnamed ‘Legends ‘ match at Upton Park in which a team of old former German internationals including ‘Mad Jens’ in goal took on an England team which featured the footballing talents of Lee Mack, Mark Strong ( Gooner ) and Russ Howard.
In fairness they were decent players but not at the level of the Germans. Then two nicely coiffed young men appeared on the touchline and my eldest grandson predicted that these two lads from Sky’s Saturday morning show who were ‘freestylers‘ and apparently specialised in ‘tekkers that would change the game (England were trailing about 6-0 at the time).
These lads had every trick in the book but were as much use as a chocolate teapot to a side trailing heavily.
With my Rewind hat on it reminded me of a Fairs Cup quarter final in 1970. We played a team called Dinamo Bacau and had won the first leg away 2-0.
In those days it was very rare for teams to warm up in advance on the pitch but these Romanians did and so good were they at ball-juggling and lots of tricky control that it was easy to believe that they were about to pull the deficit back.
When they game began and the likes of Storey and Kelly got into them with crunching tackles any threat quickly subsided and Arsenal ran out 7-1 winners!
It would be easy to paint me as an old curmudgeon who rubbishes a superb piece of skill that lit up the Derby.
It was a memorable goal because it was unusual but it was like so many spectacular goals, it owed a huge amount to fortune.
That is what makes football so compelling but it doesn’t necessarily mean that the Lamela goal was the greatest ever. It was nothing like it.
Derbies are always controversial unless they end in a  tame draw and Arsenal/Tottenham draws are rarely that.
This derby for me revolved around a very exciting Arsenal performance, the flattest Tottenham derby performance I can ever recall and the  attempt by Jose Mourinho to shift the blame for that defeat on to Michael Oliver, subtly hinting that he tends to come off badly when Oliver referees his teams.
It’s a tactic he used to query the competence of Anders Frisk in the past with the result that a good and decent official retired from the game very prematurely.
That challenge by Sanchez was a free kick anywhere else on the pitch and was a reckless and very high tackle.
It would be nice if pundits hired to help laymen understand the game understood the laws of the game themselves.
All this deflects from the fact that Tottenham produced a diabolical performance that must have alarmed and disappointed their fans in equal measure .
For Arsenal fans these issues are now an irrelevance but it would be nice if the game could be portrayed with a greater degree of accuracy and that we could have a proper evaluation of what was an extremely encouraging day for Arsenal Football Club.
Read Peter Le Beau in every print issue of the Gooner Fanzine.
Pre-order issue 287 now