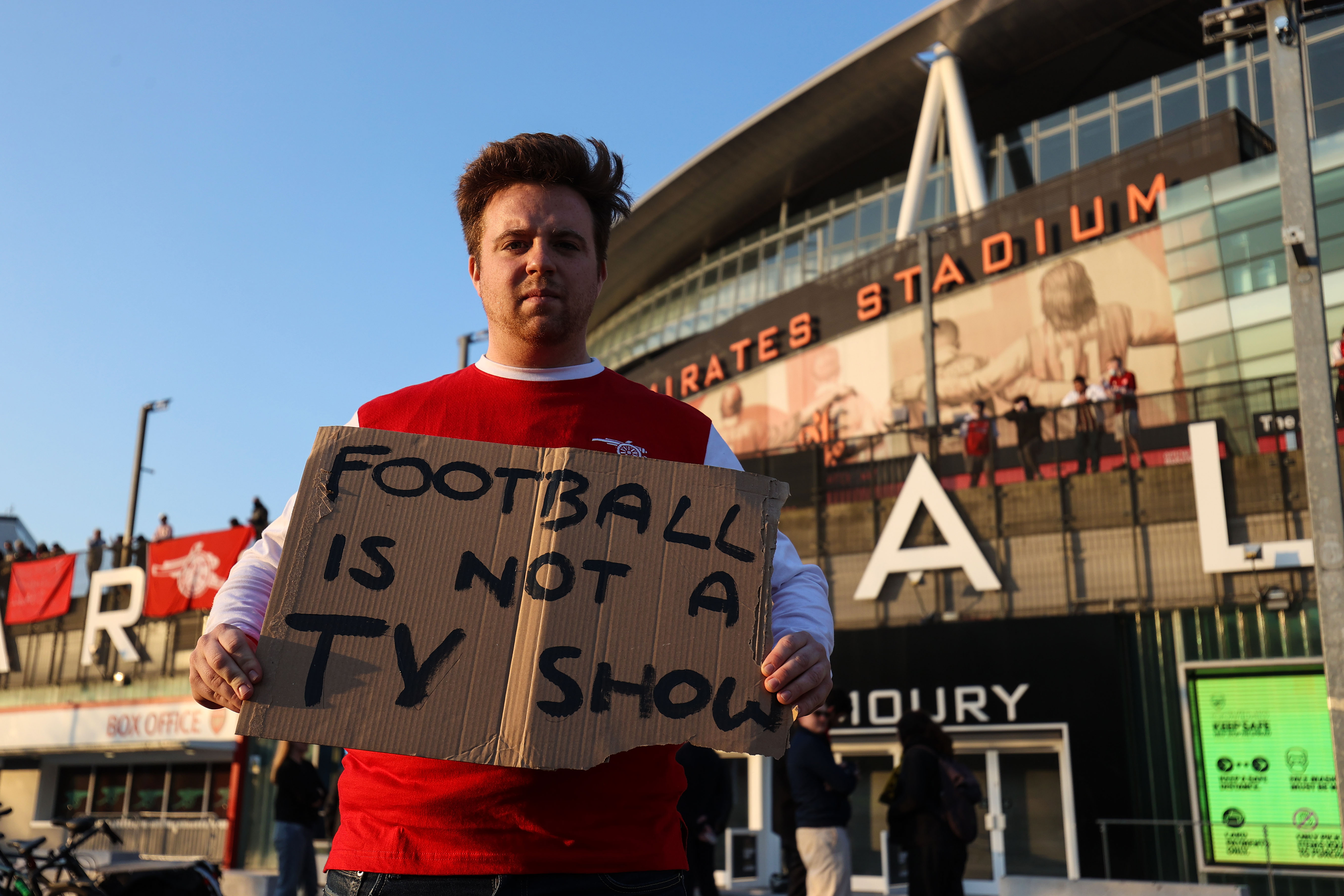 No To The European Super League

Football must unite to stop the European Super League going ahead!

“Remember who you are, what you are, and who you represent.”

These words were spoken by the legendary David Rocastle, a player who truly represented the traditions and values of Arsenal Football Club. These words are represented today inside the Emirates Stadium in the form of a banner with Rocky’s picture beside them. The news on Sunday that the European Super League was going ahead with Arsenal one of the founding members totally disregarded not only these famous words, but everything we hold dear at Arsenal.

Late on Sunday night the statement was released to the world that twelve founding members, six of which coming from the Premier League, including Arsenal were going ahead with plans to commence the European Super League. The football world came to a halt. Fans, pundits, journalists, players and everyone who truly represents what football is really about were outraged with the news, voicing their concerns in every way they could. In a world where money and greed continue to dominate football, this announcement was a step too far. Even MPs who often can’t agree on anything were coming together to condemn this new league and emphasising that everything needs to be done to stop this from happening.

Governing bodies such as UEFA and the FA have spoken about players being banned from their National teams if they take one touch in this so called super League as well as clubs being fully removed from their domestic and continental tournaments. Imagine never seeing us play in the Premier League or FA Cup again, never getting the chance to play in the Champions League again. Not only does this affect those teams participating of course, but also imagine a West Ham fan, who this season have a real possibility of Champions League qualification, finally seeing their side reach the heights only for the likes of Real Madrid and Barcelona not being there to play.

If that all wasn’t bad enough, this new tournament seems harder to understand then the Nations League. With rules making it sound like an overhyped pre-season tournament, the founding members can’t even be relegated destroying the morals of fair competition in football.

Not only that, but it is rewarding clubs with big payouts and the chance to be classified as the elite, without them actually doing anything to deserve it.

As big as we are as a club, in this moment in time we are an average team who currently sit 9thon the back of drawing with relegation threatened Fulham. I can’t imagine many players wanting to join a Super League club, so it begs the question what these clubs are going to do with this added bonus.

Maybe in our case, Stan Kroenke should give back the jobs to the 55 people he made redundant.

Gary Neville, often one who doesn’t hold back, spoke passionately on Monday Night Football on the situation even saying how all major broadcasters must put their differences aside to condemn it.

Let’s just hope his employers or any of the other broadcasters for that matter stick to this and don’t decide to buy rights to show matches from the Super League.

Current players have made their voices count as well with Ander Herrera and Mesut Özil just two examples of a growing number voicing their own concerns.

We mustn’t forget players were once fans just like us and they feel so strongly about the game just like us.

Don’t think for one minute that they want to face the same teams all the time, or never play domestic football again and can you imagine Lionel Messi and Cristiano Ronaldo wanting to have their final chance to win a World Cup next year taken away just like that.

One report spoke about Mikel Arteta and the rest of the squad feeling let down by the news.

If that is the case, then they like all the other clubs must protest against their bosses. This Friday when we are due to face Everton, I would love it if the players refused to play, sat on the pitch at kick off, let Everton score 10 goals in the first five minutes, just anything that sends out a message over the frustration felt by them and every other player/coach from the founding members.

Fans have already made moves to highlight their outrage at their own clubs greed.

Outside stadiums and training grounds there were fans with banners, fan groups have asked their clubs to remove their respected flags from inside stadiums and even Liverpool fans went to the extent of burning their own shirts outside Elland Road on Monday.

This outrage is only the beginning from fans, but they need to put their differences aside, whether they are North London rivals or Milan rivals, whether they are a Super League club or a National League club, fans need to come together in what is the battle of football vs money.

So often we hear football is nothing without the fans and as much as these owners don’t understand what this truly means, it is up the fans to make them understand it.

Protest together with your rivals, cancel memberships, unfurl banners, stop buying merchandise, when social distancing ends refuse to go to games and anything which sends the message that this isn’t right.

This needs to be a collective action. By all means fans from lower leagues clubs should criticise the likes of Arsenal and Tottenham, but don’t criticise the fans, instead support us as we watch our football clubs be destroyed in front of us and help us put a stop to this mess.

I could never imagine Arsenal, my club, ever doing something so low as to join this league, but with my rose-tinted glasses I forget who is in control of my club, making these sorts of decisions.

If only our club was run by the fans such as in Germany rather than by one man who’s only concern is to use us as a cash cow.

It might explain why Borussia Dortmund and current Champions League holders, Bayern Munich, are playing no part in such a league.

These money men who run our football clubs have been a problem for many years and we as Arsenal fans have voiced that many times with hashtags such as #KroenkeOut, #WeCareDoYou?, etc.

When I was heading into work on Monday morning just learning of the news about the European Super League, I felt devasted, heartbroken and physically sick because I knew if this Super League happens, it will be the end of football and the end of my club as we know it.

That’s why we have to do everything in our power to stop it.