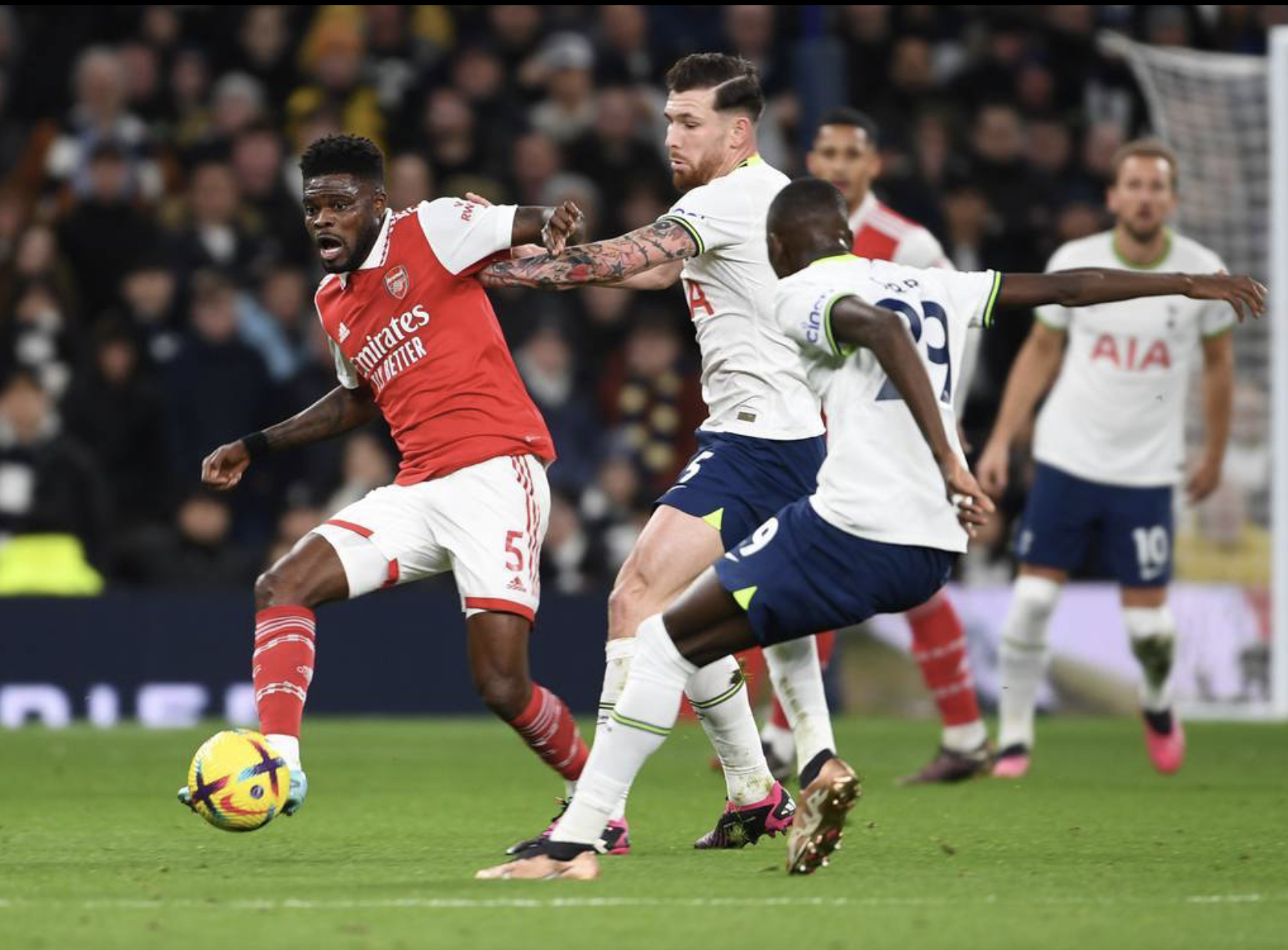 This season, with every match that passes, there is an emerging sense that we are seeing a return of the characteristics for which the great Arsenal sides were lauded.

A back four that’s as physically capable as it is composed in the face of danger; forward players that are the envy of the league; a goalkeeper the supporters really bloody like; and an ability to fight as well as play. These are some of the hallmarks of Wenger’s sides at Highbury, and they’re making a long overdue comeback.

By dint of the high-pressing, go-and-get-them system the manager plays, Arsenal are more defensively imposing than they were under Wenger at the end of his tenure. The same can be said for Emery. But, beyond the system, the individuals employed within Arteta’s structure are different too, they’ve got bottle, as well as technical skill.

None more so than Thomas Partey, who once again made a case for being the most vital cog in Arteta’s machine, in the two-nil win in N17.

Spurs, with the exception of ten minutes at the start of the second half, didn’t carry the same threat as Arsenal. They weren’t allowed to. Partey didn’t allow them to. Whenever Tottenham cleared their lines, or tried to find Kane, Partey was there, harrying, jostling, reclaiming possession.

Arsenal’s number 5 so often starts the move, winning the ball in midfield, swiveling gracefully and playing a deft pass through the lines.

His ball over the top freed Saka to jink and feint his way into the box, before Hugo Lloris punched it into his own net to make it one-nil to the visitors.

For the second, it was Partey again that gave Arsenal’s attack its energy; receiving the ball just below waist height in his own half, surrounded by three Spurs players, the Ghanaian took the ball on his right before sliding it out to Saka on the half-volley. Conte’s midfield line broken with two elegant touches. Saka busily drove at a retreating Tottenham back four, before rolling it to Odegaard who fired home from outside the box. It was a gorgeous finish from the skipper, but Partey’s poise under pressure gave the Norwegian the space he needed.

At one-nil, Partey nearly became the scorer of the greatest volley by a Ghanaian in the Premier League era. Tony Yeboah is also Ghanaian. There needn’t be anything else said about it.

He embodies silk and steel. He occupies the junction where physicality meets creativity and has both attributes in spades.

Critics have rightly accused Arsenal of having a soft underbelly for years. I believe you can trace the moment the fragility set in to the departure of Gilberto Silva. Imitators have attempted to fill the void left by the Brazilian.

Flamini and Song were both talented players, but neither possessed Gilberto’s ability to stop opposition attacks before they’d even started. Partey does possess such a quality.

Keep him fit and the Arsenal may be on for their greatest season in almost two decades.