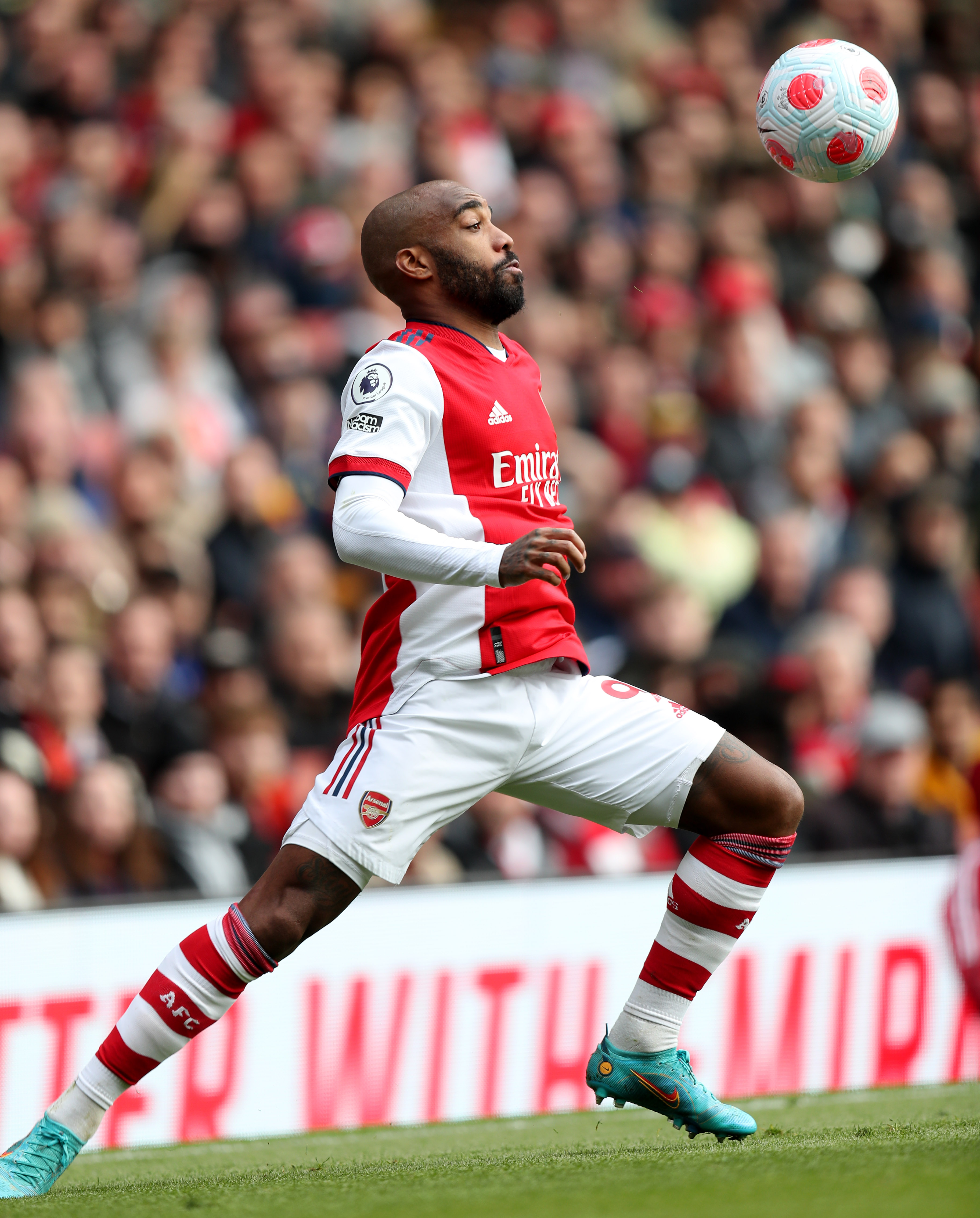 Arsenal captain Alex Lacazette struggled on Saturday. He wasn't the only one

What to say about that? I don’t think I could possibly write anything that would make any of us feel better.

We were absolutely terrible. Decisions from the manager were terrible, and the players followed. We looked lost, especially in the first half.

No one looked like they knew what they were meant to be doing, not least Mikel.

This week doesn’t reflect well on him, but again I’ve seen more than enough from him - and us -  to know that we’re moving in the right direction, it might just be a bit slower than we first thought.

There was no response from Monday in that first half, and the tone was set completely. We had no rhythm, or cohesion, and Brighton had the better of the opening exchanges.

We looked lost from the outset, and we’re really struggling not only with Partey’s absence in midfield, but with Xhaka’s as he was put in as a makeshift LB.

I don’t understand why when you’ve lost one vital part of your midfield you would proceed to pull your other key midfielder back into LB all because of Tavares.

Surely we can’t have been that much worse with him in? Anyway, Brighton’s goal came from that side - and probably was a consequence of the lack of actual LB on the field.

The ball was cut back to Trossard and he fired the ball back across Ramsdale. It was a goal that had been coming from minute one.

That goal didn’t wake us up either. Again we were sluggish, and struggled to put together any flowing move - despite having Ø, Saka, Martinelli, and Smith Rowe on the pitch. Laca was a passenger again, providing no threat whatsoever.

Surely it’s worth exploring other options? I understand not signing a forward in January as to not just splashing out on someone you don’t really want, but surely someone else can do a job up top? Even Nketiah may provide something different, or at least something.

The first half was a complete bust, and we needed some stroke of luck to drag us back into the game. It almost came right towards the end of the first half as Martinelli nodded home from a header back across goal, but after five minutes of mindless wobbly line drawing it was ruled offside. Lovely.

The second half started miles better. We went to a back three, with Martinelli at LWB and Lokonga dropping back into defence. Xhaka in midfield worked much better for us.

We were able to sustain pressure every few minutes, without really creating any clear cut chances though. The shape then went to shit again, and we looked lost. Mwepu struck a killer blow in the 66th minute.

A fantastic Brighton move saw the ball fall to Mwepu who struck it brilliantly into the back of the net. A goal that put the fatal hole in the bubble of hope that had been inflated this season.

It really wasn’t our day, and Ø free kick cannoning back off the bar just for Nketiah to put it back there pretty much summed it up. We were lifted in the 90th by Ø’s freak goal, but our late pressure was in vain. Nketiah had a fantastic headed effort saved by Sanchez in what was the only real chance after Ø pulled one back.

Pepe also committed the biggest crime I’ve ever witnessed on a football pitch. For one Ø went short from a 95th minute corner, but for two Pepe decided to play it back to him when he was obviously in an offside position. Straight back to him! 95th minute!!! Idiot.

What a depressing six days it has been. It feels like a season’s work has been thrown away.

Zero points from Palace and Brighton is criminal, and all hopes of a top four finish have now (for me at least) gone.

Having been so in love with Arsenal again, I’ve been shown very quickly (again) the harsh reality of being an Arsenal fan.

It’s always the hope that kills you, but that hope is now dead.

Europa League is still progress though, I guess. Southampton await, until then…