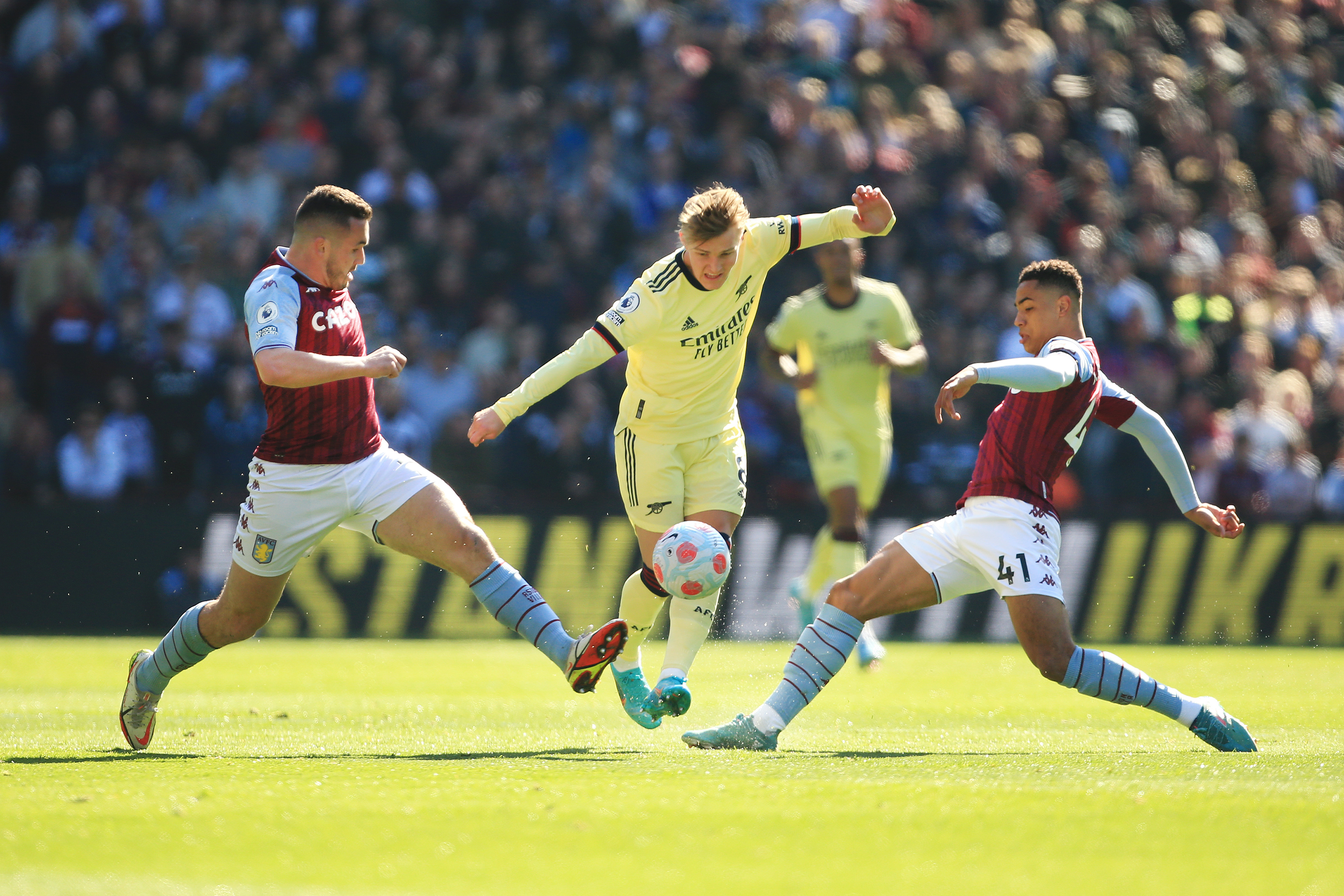 There has been speculation about possible captains for the club.

Ben White and Kieran Tierney are some players people have been talking about.

However, recently, Arsenal boss Mikel Arteta left everyone with a marvelous feeling of surprise and excitement when he hinted that Martin Odegaard would also be equipped to perform this task effectively.

Current captain Alexandre Lacazette, who took over the armband in December when Pierre-Emerick Aubameyang was stripped of it, has performed admirably after Aubameyang was excluded from the team due to undisclosed disciplinary issues in December, before moving to Barcelona at the end of the January transfer window.

While Lacazette is expected to lead Arsenal for the rest of the season, the club needs a new captain in the long term. He has fewer than six months left on his contract, and everything points to the fact that he will leave the club at the end of the season.

In that sense, Arsenal must move on and find the perfect replacement figure.

Recently, Arsenal has had bad experiences with captains.

The club needs stability and a long-term captain.

For this purpose, there is nothing better than Odegaard as one of the future captaincy candidates.

Despite being 23-year-old, the talented Norwegian is thought highly of by Arteta, who argues that, despite his young age, Odegaard can perform as an excellent team captain.

Odegaard is now recognized as a key player at Arsenal, and the Gunners are well aware of this. Arteta has been very impressed after another excellent performance he put in during Saturday's important 1-0 victory at Aston Villa. No wonder Gunners love Odegaard, and quite rightly so.

Odegaard's permanent arrival last summer has made Arsenal look stronger. Just take a look at some odds offered by the best bookmakers, such as those recommended by Asiabet. If you don’t know how to find a good betting site, they will help you with the right choice for you. How? Well, they have an important list of criteria they check every bookie for. Safety plays a big part when they rate sports betting sites.

Arteta describes him as a character full of abilities and virtues. But this is not all. Above all, he says Odegaard stands out for his conduct and discipline and professional ethics. This is the main difference between many players. It is not enough just to know how to kick a ball. Emotional intelligence is important, too. And this is evident when the players are on the pitch. Odegaard has only had two yellow cards to date, with Arsenal. This suggests that discipline is one of his best assets.

His minutes on the pitch not only demonstrate his footballing skills but also reflect a good vibe with his teammates and encourage them to keep fighting, all the way to the end. Indeed, these are attitudes that a good captain needs. And it seems that Arteta already knows who has them.

Arteta recalled that Odegaard has already shown all his skills by leading the Norway national football team. Odegaard was named captain of his national team despite being only 22 years old. He proves age is no barrier to being captain of a team.

Quite simply Odegaard’s form has been a key factor behind the club's impressive rise to fourth place.

Teammates and fans alike are savouring Odegaard's performances.  A future captain? Why not?