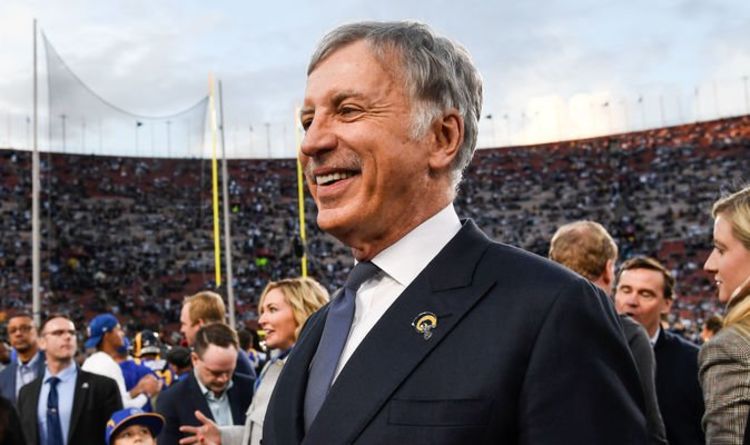 Here’s part two of the results of this summer’s end of season Gooner survey. More to follow before the weekend.

Which player do you think is going to improve the most next season?
30% - Rob Holding
22% - Matteo Guendouzi
21% - Lucas Torreira
Rob Holding improved a lot last season and it was a real shame that he got injured when he and the team were playing so well. It comes as no shock to see that many fans are looking forward to seeing the central defender back on the field next season.

Which ONE area of the team do you think needs addressing the most urgently?
92% - Defence
7% - Midfield
No surprises there!

Who would you most like Arsenal to buy this summer?
1 - Maguire (Leicester)
2 - De Ligt (Ajax)
3 - Umtiti (Barcelona)
4 - Zaha (Crystal Palace)
5 - Tierney (Celtic)
6 - Van Dijk (Liverpool)
7 - Messi (Barcelona)
8 - Koulibaly (Napoli)
With the £45 million transfer budge which many media outlets are reporting, I think the majority of the players on this list are out of Arsenal’s price range. Keep dreaming though! Having said that, the Celtic left back Tierney would be a good addition and would not be out of Arsenal’s price range, as he would cost around £25 million.

Which current Arsenal player would you least like to see leave the club?
36% - Alex Lacazette
23% - Pierre-Emerick Aubameyang
11% - Hector Bellerin
The French striker was Arsenal’s player of the season so it comes as no shock to see that Arsenal fans do not want to let him go. Typically, he may be the player the club could get the most money for in the transfer market.

Which current Arsenal player from the 2018/19 first team squad and excluding players who are now out of contract would you most like to see leave the club?
43% - Shkodran Mustafi
40% - Mesut Ozil
I think the majority of Arsenal fans have had enough of Mustafi and Ozil. Both players have simply not been good enough considering how much Arsenal paid for them and how much wages they’re on.

How do you feel about the change in kit manufacturer to Adidas?
76% - Happy
23% - Don't care
1% - Unhappy
The new kit manufacturer in the form of Adidas has definitely pleased most Arsenal fans. Let’s just hope the team plays well in it!

Do you plan on buying one of next season’s three new shirts?
50% - Yes
50% - No
50/50 on this question and I can see why. The shirt is quite expensive and that's what puts most people off.

If yes, which player name would you like to put on the back, assuming no one is sold?
69% - Wouldn't get a player name
12% - Alex Lacazette
5% - Pierre-Emerick Aubameyang

Who should be the captain next season?
32% - Sokratis
19% - Laurent Koscielny
18% - Rob Holding
The Greek defender certainly made an impact last season and his experience and leadership on the field has led to many fans calling for him to be captain.

Which team do you believe has the best chance of winning the Premier League next season?
75% - Manchester City
23% - Liverpool
2% - Arsenal

Great to see that 2% - of fans are optimistic about next season but let’s be realistic, Arsenal are a million miles away from Manchester City and Liverpool at the moment. I hope I am proved wrong but can’t see it happening unfortunately. In the event that you are one of the 2%, I’d suggest using a betfred promo code if you feel confident enough to back your selection with your hard-earned cash!.

If this question was asked during Arsenal’s 22 game unbeaten run, I believe that the majority of fans would have said that they had seen an improvement. However, the collapse towards the end of the season which cost Unai Emery a Champions League spot is the reason why 42% of fans believe that Arsenal have not progressed.

Out of 10, what do you rate Unai Emery's first season at Arsenal?
39% - 6
29% - 7
18% - 5
I believe 6/10 is a fair reflection of Unai Emery’s first season. This is because at times Arsenal were playing some amazing football, especially at the start of the season. However, failure to qualify for the Champions League cost him big time and is the main reason why so many fans only gave him a 6 out of 10.

Do you think the departure of (Chief Scout) Sven Mislintat has put the club at a disadvantage?
74% - Yes
26% - No

Sven Mislintat was responsible for unearthing some of the best players in football while at Dortmund where he made his reputation. He was also behind the transfers of Matteo Guendouzi and Lucas Torreira. The majority of fans had never heard of these two players before they signed for us. Therefore, his services will be missed, however at the end of the day he is just a scout and the meltdown of some fans when it was released that he would be leaving was a little over the top.

What are your reflections on the Ivan Gazidas years?
79% - Disappointing.
20% - He did the best he could given the restrictions placed upon him.
1% - He did a good job.
No surprise to see that the majority of Arsenal fans were disappointed with Ivan Gazidas and were happy to see him leave for AC Milan.

Are you confident in the club's day to day leadership team of Raul Sanllehi and Vinai Venkatesham?
73% - Too early to say
22% - No
4% - Yes
Sanllehi and Venkatesham filled the departure of Gazidis and I agree with the vote but I am also excited to see what they plan on doing.

Do you think Arsenal's future policy should be to make more use of their academy developed players?
91% - Yes
9% - No
With Arsenal’s restricted transfer budget, I believe Arsenal will utilise the academy developed players next season as they are cheap but can also offer a lot. I can see the likes of Willock, Smith Rowe, Maitland-Niles and Nketiah will play an important part in Arsenal’s attempt to get back in the Champions League next season.

Are you aware that Stan Kroenke can help the club financially without infringing financial fair play rules?
69% - Yes
31% - No
It is so frustrating to see Stan Kroenke investing billions of dollars into his other sports teams, for example The LA Rams which is his American Football Team, when he has not invested a single penny into Arsenal. Just a little bit of investment would have a huge impact on the squad and could be enough to get them back in the Champions League next season.

Do you think Arsene Wenger would have done better than Unai Emery last season?
87% - No
13% - Yes
I think this comes as no surprise as towards the latter years of Arsene Wenger’s reign, the performances and results were simply not good enough. However, it would have been interesting to see whether Wenger would have qualified for the Champions League if he were in the same position as Unai Emery’s team in April.

Would you change manager now if you were in charge of the decision?
77% - No
23% - Yes
I believe most fans believe in what Emery is trying to do and are willing to give him another season to see if he can reach Arsenal’s target of qualifying for the Champions League next season.

Would you take part in a protest action against the owner?
69% - Yes
31% - No
I believe for a protest to really affect the owner, thousands of Arsenal fans need to get involved. However, this statistic shows that not everyone would be behind protest action.

Do you believe the Club are doing all they can under the self-sustaining model to improve their chances of winning the Premier League title?
92% - No
8% - Yes
Nowadays, you need financial support to even get close to competing for the title. Arsenal’s self-sustaining model is proof that it is not enough to win the Premier League or even qualify for the Champions League.

Do you think new appointments are needed to the Arsenal Board?
80% - Yes
19% - Makes no difference
1% - No
I think it is quite clear that fans want new appointments to the board, whether or not it will happen is the big question though.

Do you think Arsenal might benefit if the club were sold by Kroenke to another investor?
97% - Yes
3% - No
Again, it is very clear that fans have had enough of how little Stan Kroenke invests and want a new owner who will show ambition and support Arsenal financially to try and reach the goals of the club.

How well do you think the club is run?
46% - Not very well run
32% - Moderately well run
19% - Terribly run
3% - Very well run
The recent contract problems that have seen some of our best players leave for free is proof that the club is not being run very well. Furthermore, Arsenal’s extremely high wage bill has hurt them in the transfer window, as they are unable to sign the best players with substantial wage demands.

How satisfied are you with Stan Kroenke’s ownership?
60% - Very dissatisfied
30% - Quite dissatisfied
8% - Unsure
1% - Quite satisfied
0% - Very satisfied
This statistic highlights how discontent Arsenal fans are with their owner, Stan Kroenke. The Billionaire simply does not do enough and has still not invested a single penny of his own money since buying the club.

If there was one, how should a fan representative be selected?
95% - Voted for by supporters holding club membership.
5% - Decided on by existing directors.
It would be interesting to see who fans would vote for. However, I cannot see it happening any time soon.

What is your minimum target for Unai Emery in order to let him see out his contract?
76% - Finish in the top 4
21% - Win a trophy
3% - Finish above Spurs
I believe most fans want to see Champions League football back at the Emirates. However, does the owner feel the same way? The lack of investment has meant that Unai Emery is working with a limited budget and a squad which is simply not good enough at the moment. No matter what Emery does, is this team genuinely good enough to qualify for the Champions League next season?