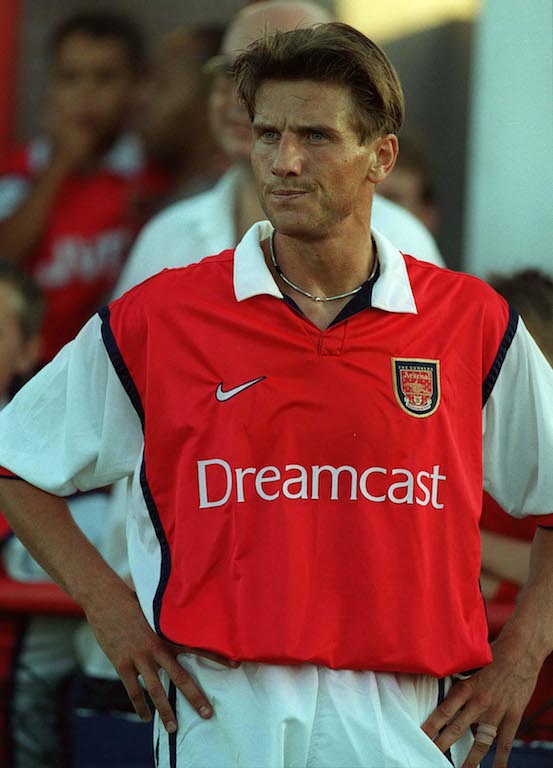 Arsenal in the 1990s. Test your knowledge of the Gunners with Dan Mountney's quiz. CREDIT: OFFSIDE (see question 13 to find out the name of this player if you don't recognise him immediately...