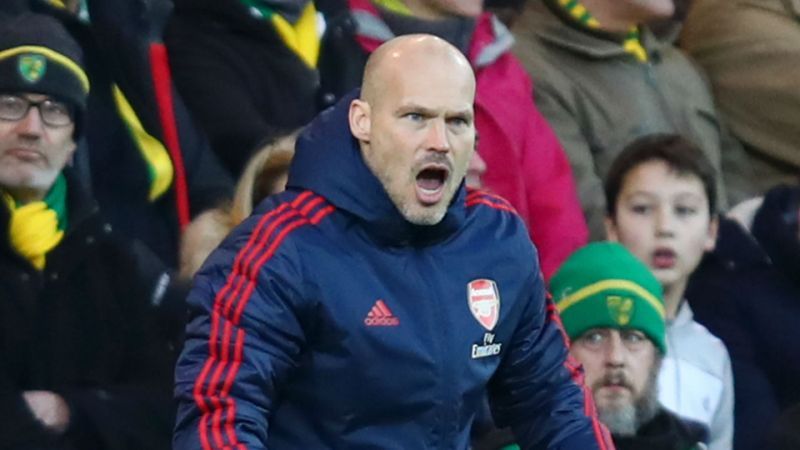 One point from first two matches does not offer much hope

This has been a barren year for blogs from #RockyTheKing. I spent the latter months of AW’s reign writing critical blogs and I penned one blog in December 2018 entitled “Centre Backs needed methinks” when I said of Wenger’s successor, ‘Unai Emery appears to have what it takes to get the team refocused despite squad rotations and absent key players’. As the season panned out, the litany of Emery’s failure to know his own best side combined with his over reliance on some youth players paled into insignificance compared to his handling of the Xhaka incident.

Freddie Ljungberg is a true Arsenal legend, who can forget how we changed the ‘We love you Freddie’ chant from ‘and he has red hair’ to ‘has no hair?’ He was an inspiration in so many pivotal AW victories. Yet as a manager/coach I do not see him as the answer for The Arsenal. I respect the honest opinion that others might call hype and loyalty that Layth Yousif brings to GoonerFanzineTV but is @laythy29 really being objective after two games? We need to say it as it is which is why I break my self-imposed silence. Arsenal deserve better. As great as Freddie was as a player, he had an opportunity in his first home game to make a statement. The statement that he made for me was ‘more of the same’ - Arsenal look lost. The substitution of Willock for Pepe at half time suggested that even Freddie does not know his best side from the onset. In his first game at Norwich, Freddie put his faith in Mustafi, and then plays an out of form Xhaka against Brighton.

Arsenal under Freddie look just as lost as under Unai Emery, devoid of passion, unable to press, committing unforced errors aplenty. I recall when we played teams that had recently changed their managers, I had a sense of foreboding, a sense of fear playing that team, for often those very same players that had contributed to their former manager’s fall from grace would rediscover their mojo when another coach took over. I think of Claudio Ranieri, who guided Leicester to an amazing Premiership title and his successor Craig Shakespeare who got Vardy playing at his best again. I think of Ole Gunnar Solskjaer replacing Mourhino of Manchester United and his amazing run of victories before he was given a permanent deal. Yet I saw no renaissance with Freddie’s team selection or formation. Freddie had an opportunity to make a statement, to put down a mark to claim the permanent berth at Asburton Grove, in my opinion, although it is early days, he failed and quite miserably.

#RockyTheKing has never shied away from saying things which the ‘True Gooner’ disliked and the establishment rejected, the opinions and blogs I have written which ran counter to the headlines of hype. In answer to the criticism that will follow me as night follows day, I say this. Use the evidence of your own eyes at the Brighton defeat and tell me that I don’t have a fair point here. Look at the team formation and tell me why for once why Freddie could not break with tradition, play Aubameyang down the centre, with Ozil playing in the hole as a true number 10 like #DB10 of old? Why not start with Pepe out wide on one flank with say Martinelli or Nelson down the other? Yes it would mean a return to the bench for Lacazette, but Lacazette can’t even get into his own national side.

My last blog was entitled ‘Centre Backs methinks’, and my view has not changed. Without a George Graham-esque back four, without a Patrick Vieira or Gilberto figure in front of the defensive line, Arsenal will continue to make costly defensive errors. I wish Freddie well, but my future would see a shake up of Arsenal directors and a rejection of the Kroenke failed dynasty. Arsenal appear devoid of passion from top to bottom. I don’t agree with booing of our players during the game, but when they put on the shirt and fail to deliver by the end of the game then I will not condemn the outburst of our fans who have paid good money to see success. What other means do frustrated fans have to voice their instant disapproval? I do not have all (or you might believe I lack any) of the answers. Give me the attacking formation as outlined above, with Mikel Arteta as coach, two new centre backs and who knows? Could it be any worse than this performance against our now bogey team Brighton?

Keep the faith Gooners, because no one else seems to want to.