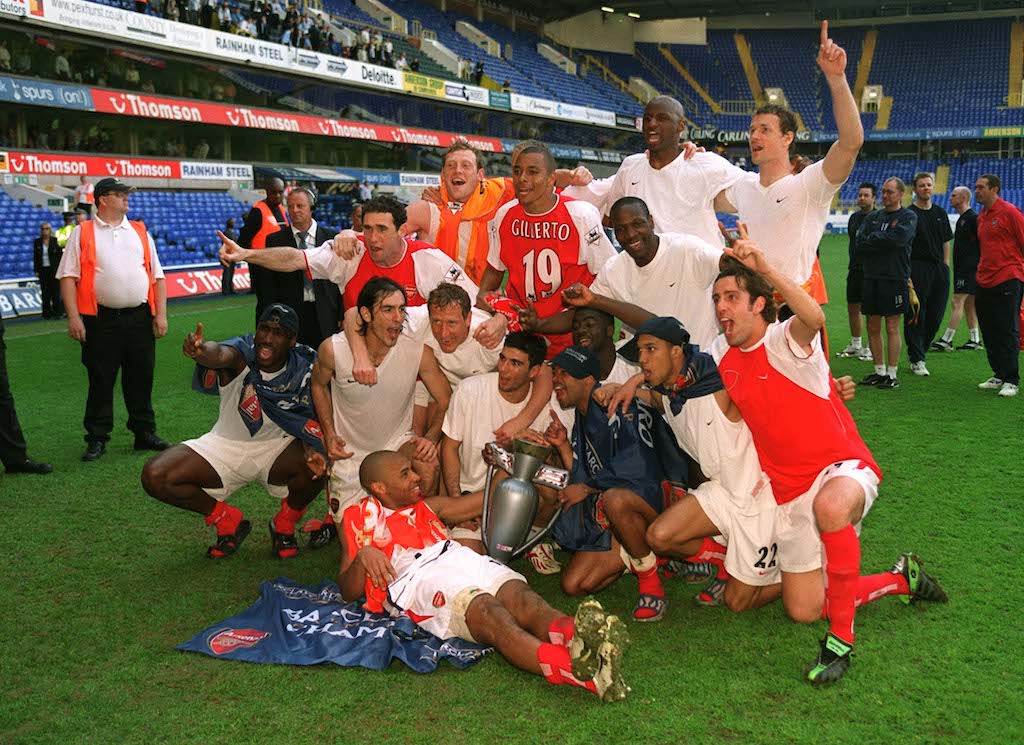 Read on for this moving piece by loyal Gooner Sophie Holdcroft as she recalls the days when Arsenal ruled England - a memorable era associated with the happiest of times with her much-loved loved and much-missed late brother Ben. CREDIT: OFFSIDE

When the news broke two years ago today that Arsene Wenger would be leaving The Arsenal after 22 years in charge, my reaction was to burst into tears.

I hadn’t ever let myself think before about what my reaction would be to a departure that had become sadly so inevitable.

More a case of when, not if, in recent years but still the news took me by real surprise and it really hurt.

I was a season ticket holder and regular at Highbury in the early 2000’s having been brought up in a family that is fourth generation ‘Gooner’.

My amazing mum was the driver of the obsessions having stood on the terraces at the ‘Home of Football’ as a young child with her father.

My two brothers and I were happily railroaded into a love for the red and white and of course I distinctly remember my first visit: the lush green grass, the narrow streets enclosing an art deco masterpiece and the beginning of my ‘distant love affair’ with Lee Dixon.

My older brother, Ben and I both moved and worked in London after university and were so lucky to be able to attend matches together, often with mum and other family members and a growing network of ‘Gooner family’ friends.

Ben fondly referred to our leather red wallets as our ‘Vivaldi’ or ‘Four Seasons’ – we would proudly wave them at pub security on match days as a means of access into the most raucous of drinking holes.

We knew we were lucky, but we surely didn’t realise how lucky, as Arsene brought quality and class into the club in front of our very eyes.

We enjoyed one majestic performance after another week after week.

The East Stand man was right, it was ‘just like watching Brazil’.

The FA Cup Final outing seemed to become a rite of passage – the van that we spotted on the M40 early one morning on the way to a FA Cup semi-final emblazoned ‘Trophy Collection Unit’ tells you a bit about how Arsenal fans approached big games in those days.

These years were some of the best for me and my family. Ben and I were in our twenties with nothing to worry about except whether last nights hangover would be painful. We built enduring memories on a foundation of the success of the best football club in the world.

Not because Arsene stopped winning trophies – albeit I have often wondered if there is a link – but because on July 27, 2005 my brother, Ben was killed in a car accident.

I was 31 and the big brother that I adored was suddenly gone. My world and that of my family and his many friends stopped turning for a while on that hideous day. Every part of my life was changed forever.

Since my brother’s death, so much has moved on. Marriage and three mad-Arsenal kids have altered my routines and habits beyond recognition.

It hasn’t been possible to keep up the season ticket and get to matches with the regularity of the past and in some ways that suited me.

Without Ben watching too, ‘our’ Arsenal has never been the same anyway.

So when the news broke two years ago today, I spontaneously broke down.

I felt bereft. I was shocked by how I felt. I turned on Sky Sports and smirked inwardly as I listened, respectfully, to the words of Gary Neville. The irony of my loathing of him just 20 years earlier not lost on me.

I spent the day feeling numb, jumping in and out of social media and on-line newspaper reports, keen to read the latest tributes but then exiting quickly as emotions overcame me again.

I felt the loss of my brother the day Wenger‘s departure was announced more profoundly and sharply than I can remember in recent years.

I couldn’t call my brother Ben to get his reaction. I wanted to hear him say “Whoa mate, Wengers gone – mental!”

As I took to my bed that night feeling drained and exhausted I was searching for why I had been feeling so emotional all day.

Not just because of all the obvious reasons – Arsene’s legacy, the trophies in the early years, the length of his tenure, the chicken and broccoli diet – none of those things.

As I closed my eyes and drifted off to sleep, I realised that I owed Arsene Wenger a huge debt.

This man was solely responsible for creating and delivering lasting beautiful memories and the happiest of times for me and my family at Arsenal Football Club. Arsene was central to so many happy times and for this I will be ever indebted.

It was with this thought that my heart broke for my brother all over again.