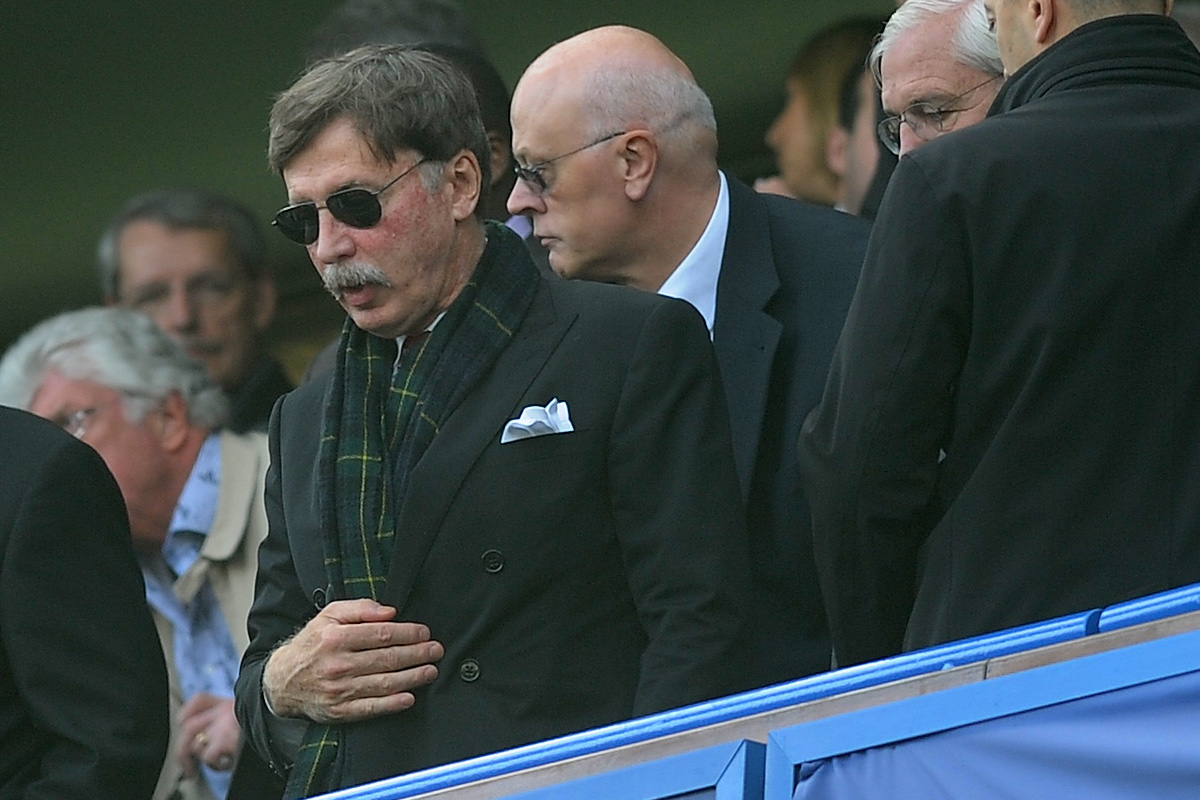 Kroenke: How much of his cash is he willing to splash? Photo - Offside

There’s no question that clubs are going to be posting losses on their balance books for the current football season (Arsenal were due to play their final Premier League fixture of the season this weekend against Watford, until the coronavirus threw everything into chaos).

For this reason, UEFA are going to relax the rules on Financial Fair Play, because to address debts normally unapproved funding – most likely from the pockets of club owners – will be required for many clubs to survive. Aside from the lost income from playing matches behind closed doors to complete the current campaign – if it is decided that it can be, there is the almost certain likelihood that crowds will not be able to attend matches in great number until 2021 at the earliest.

All the while, top flight are paying the inflated wages of football players, creating a growing hole in their finances. It was reported back in April that Arsenal owner Stan Kroenke has guaranteed to pump a significant amount, which will run into millions, into Arsenal to soften the blow of the pandemic, even though he is facing spiralling costs to complete their new stadium of his NFL American Football franchise the LA Rams - some $2billion over budget.

Fortunately, Kroenke can afford it – he has multiple income streams and rock solid security, not only from his own portfolio, but if necessary, his wife Ann Walton can come to the rescue with her chunk of the Walmart empire. Kroenke himself is reported to have increased his fortune by £323 million since the start of the current calendar year in spite of the virus.

So good news on one level, but it remains to be seen how lax the regulations on FFP are. There is talk of owners being allowed to pump in funds to address debts, but will it be sanctioned to go further, meaning the purchase of players? On one level, this could actually help the game to recover, as money circulating in the transfer market does filter down to smaller clubs, who may be forced to sell off their prize assets earlier than planned because they are not fortunate enough to have wealthy backers.

It’s currently an unknown as no-one can yet confirm how long it will be until matchgoing fans are allowed back into stadiums where social distancing is not a reality due to the numbers (and let’s face it, big clubs are not going to handpick 5,000 fans to watch each home game). The only sector likely to profit from matches being played behind closed doors, but broadcast on TV is the online gaming industry, with more fans visiting a betting site to stick a few quid on a live game to give them more interest in the result.

At non-league level, the size of the crowds means that fans can quite possibly maintain space from each other, and there’s no debate they desperately need to get income from matchdays again or many will go to the wall. However, this idea is being poo-pooed by Health Secretary Matt Hancock, who is advocating that National League clubs go into a period of hibernation until crowds are allowed back into grounds without restriction.

Higher up the football pyramid, if a one-off spending spree is okayed to alleviate the effects of the last two months - and who knows how much longer to follow with no gate income - for Arsenal it will depend on how ambitious Kroenke is to keep up with big-spending rivals (and it cannot be forgotten that Newcastle United are likely to soon have a wealthy backer, like Leicester, Everton and Wolves). There have been clear indications in the past that the American is happy as long as the club remain in the Premier League with its guaranteed income and – depending on how the club is run – almost certain profit. This is the reason the club hired Mikel Arteta – a belief that he could improve players that were either developed in-house or purchased for more modest fees than are typical for a top six Premier League club. It feels like Nicholas Pepe (and it must be remembered that his transfer fee is being paid in instalments) might be the last big money buy for a while, and it felt that way even before the virus wiped out several weeks of football.

So Kroneke will ensure that the club does not go bankrupt – he will protect his investment that much – but if FFP is relaxed to the degree that there is a one-transfer window spending spree, there is a serious danger Arsenal could get left behind.

It must be hoped that UEFA are strict in this respect, but the pressure on them to release the shackles will be presented by those who wish to take advantage of the situation as a way of pumping more money into a sport that – due to its model of paying the players and agents so much of its income – is slowly going broke.

Whenever the football season does finally end, and whatever break there will be until the 2021-22 season begins, one thing is for sure – it’s going to be a transfer window unlike any other.