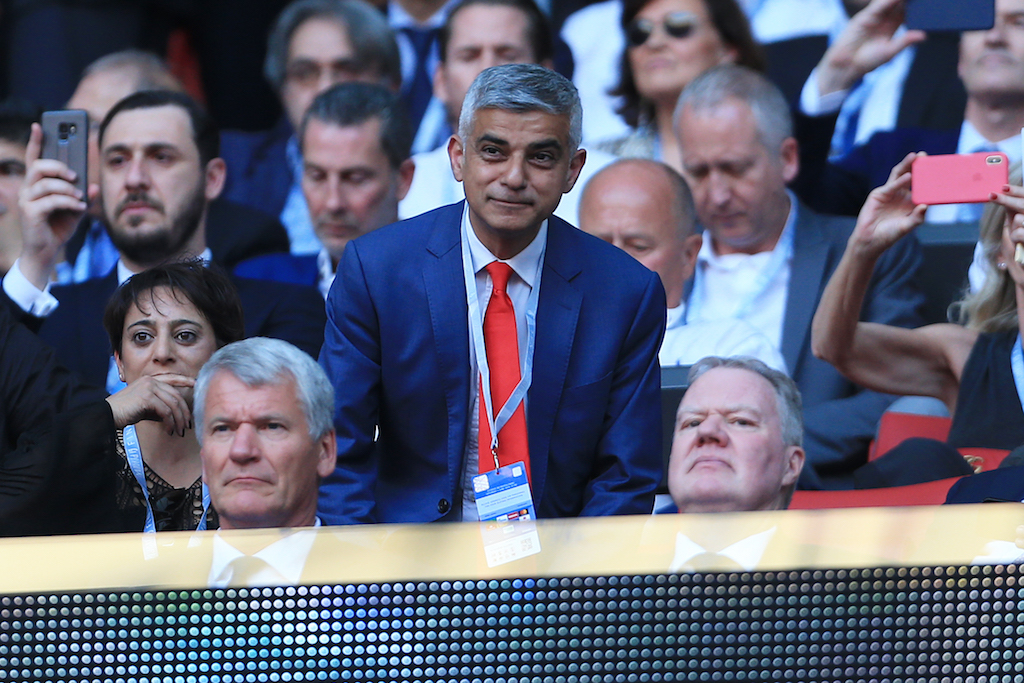 Mayor of London Sadiq Khan fears fans congregating outside the north London derby between Spurs and Arsenal at White Hart Lane once the Premier League restarts this summer could spread Covid-19. PICTURE: Khan at the 2019 Champions League final which Spurs lost to Liverpool. CREDIT: OFFSIDE

Mayor of London Sadiq Khan has admitted he is fearful of coronavirus being spread at the north London derby between Spurs and Arsenal at the new White Hart Lane this summer.

Capital supremo Khan is concerned about football supporters congregating outside stadiums - including Spurs new ground - and spreading Covid-19 when the Premier League resumes next month.

With the news that the top flight will restart in June, Khan is worried fans will turn-up en masse for the London clash between the two bitter rivals, which is now scheduled to take place in July in N17.

“We've got Tottenham vs Arsenal coming up. It's really important clubs work with police and others to make sure we get this right.

"I know, human nature as it is, fans will turn up to see the coach arriving, to listen to the atmosphere - the players inside the stadium even though they're not allowed in, to see the coach leaving, to buy t-shirts and scarves, police and councils need to enforce the rules.”

Khan is also concerned that the same could happen when Arsenal begin to play home matches behind closed doors at the Emirates.

With lockdown being eased gradually, Khan is worried the killer virus could spread through fans massed outside grounds - which could contribute to a second spike of Covid-19.

He added: “Even though I'm a south Londoner, I support Liverpool and that's why a small part of my brain is keen for us to return.

“But actually the bigger part of my brain is saying safety is what matters. I am concerned about any action that could inadvertently lead to the virus spreading.

“The overwhelming measures to social distancing are still there.

“We can't have fans congregating around the stadium. It's really important clubs work with police and others to make sure we get this right.”