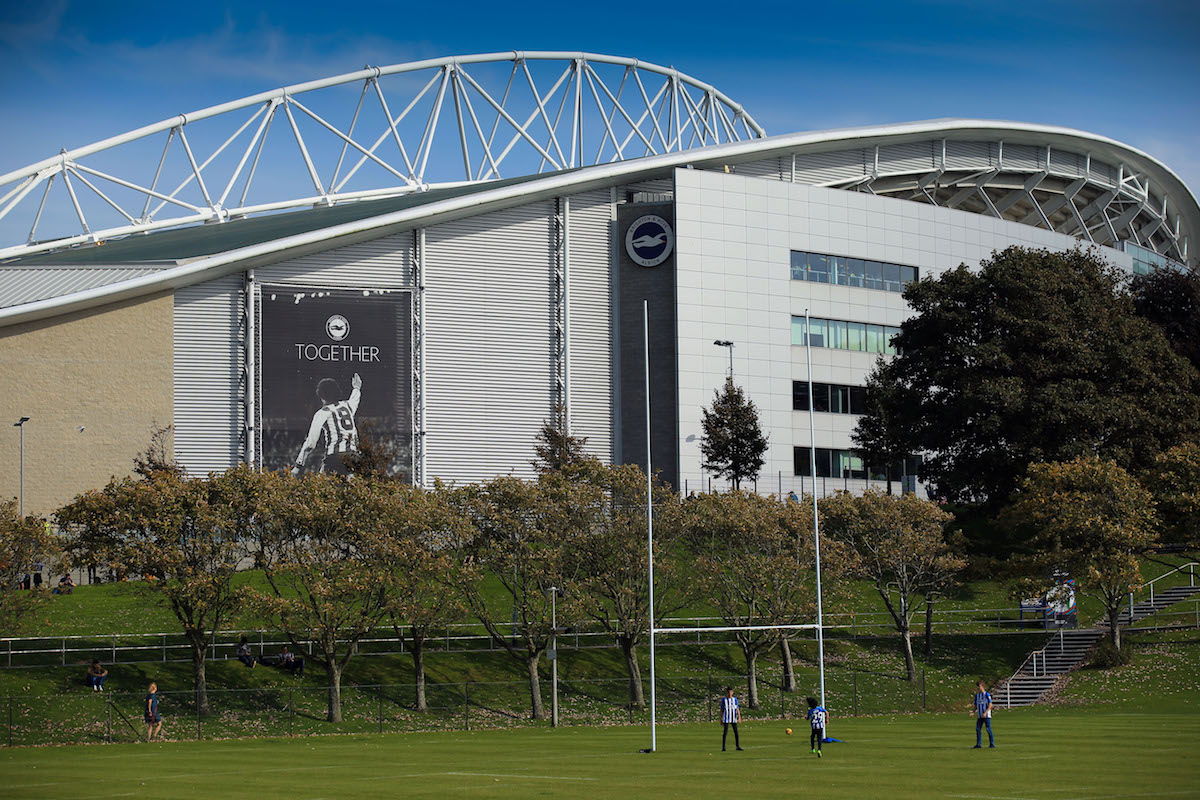 Let’s try and get some perspective
Granted, Wednesday evening’s comeback game at the Etihad was an unmitigated disaster, and it’s not a place to be looking for positives (although some might say that David Luiz being banned for two matches enhances the Gunners’ chances of keeping clean sheets against Brighton and Southampton). No-one expected two injuries to count out Xhaka and Pablo Mari for what remains of the campaign though, and that, rather than the expected loss, was by far the worst thing that happened against Manchester City. However, Brighton currently sit only two points above the relegation zone, and if Arsenal cannot beat these kind of teams, then people are going to start losing faith in Mikel Arteta’s ability to turn things around at the club. With a further two matches before the club return to the Emirates, he needs to get his boys into a winning habit. This afternoon offers an excellent opportunity to do that.

Defensive decision
Luiz suspended, Mari out. Arteta did not have Rob Holding on the bench against City, which ultimately led to Kieran Tierney filling in at centre back after David Luiz’ red card. So it will be interesting to see who gets the call to partner Mustafi. Sokratis is reportedly injured as well, and there is talk of Zech Medley being called up, which makes sense given that there are nine subs that can be named and insurance required. However, if Medley is selected over Rob Holding, you would have to wonder if the player has a future under Arteta. Most fans would like to see him given gametime, with memories of his fine form before his Achilles injury, and there is a view that he is a quality defender if he could just get a run of games. His problem under Arteta is that he isn’t too strong in possession, although certain of his centre back colleagues are hardly Franz Beckenbauer in that department. The announcement of the starting eleven will be interesting to say the least.

Required rotation?
Up front, it’s fair to say there was very little to get excited about in the first game back. Lacazette, Pepe, Nelson and Martinelli are all contenders to start today, and it’s difficult to envisage the head coach going with the same front three. There is of course, the imminent decision of what to do with Aubameyang at the season’s end, assuming the player can fetch a decent price. Nketiah is surely not ready to fill his boots immediately, so at some point Arteta needs to find out how reliable Alex Lacazette is going to be for him, especially if there are going to be talks of extending his deal – which has two years remaining. He will surely spearhead the attack today.

A Mesut Ozil-shaped hole
Joe Willock was largely anonymous at City, unable to influence the game. Arteta explained afterwards that Mesut Ozil was dropped for tactical reasons, although it seems it was more to do with a lack of application in training. Against opposition like Brighton, there is no valid tactical reason not to pick Ozil, but if he isn’t cutting it at London Colney, Arteta will use the tactics argument and remain on the side of diplomacy. It seems obvious that the club are going to try and arrange a loan deal for next season, paying a chunk of his wages, because the number 10 is obviously coasting. Does Willock get another chance? Will Dani Ceballos move forward with Ainsley Maitland-Niles being drafted in alongside Guendouzi. There is also a view that Gabriel Martinelli can do a job in the position. Arsenal certainly need to get more out of whoever plays behind the striker than Willock produced in the first game back.

Events conspiring in Gunners’ favour
One upside of the other matches played so far since the restart is that all the teams above Arsenal have extended their advantage over Arsenal by only a point. Sheffield United were cruelly denied a win due to goal-line technology failing, whilst Spurs and Manchester United shared the spoils last night. So on paper, there is still hope. The only problem is that football is played on grass…

Conclusion
This is a must win game if Arsenal are to do anything in the Premier League this season. Time is running out and tough opposition awaits after the next three fixtures against Brighton, Southampton and Norwich. To have even a chance of making the Champions League next season, nine points are a must from these matches. One advantage Arsenal have over Brighton is that at least they have got 90 minutes of actual meaningful football under their belts, so the hope is that the Seagulls are slightly rusty and their players moving only marginally faster than their cardboard cutout fans in the Amex stands. Some have already given up on the club this season, but let’s hope the match on Wednesday night was a fluke and that the turnaround begins today. I’m putting on my optimistic hat and going for a 2-1 away win.