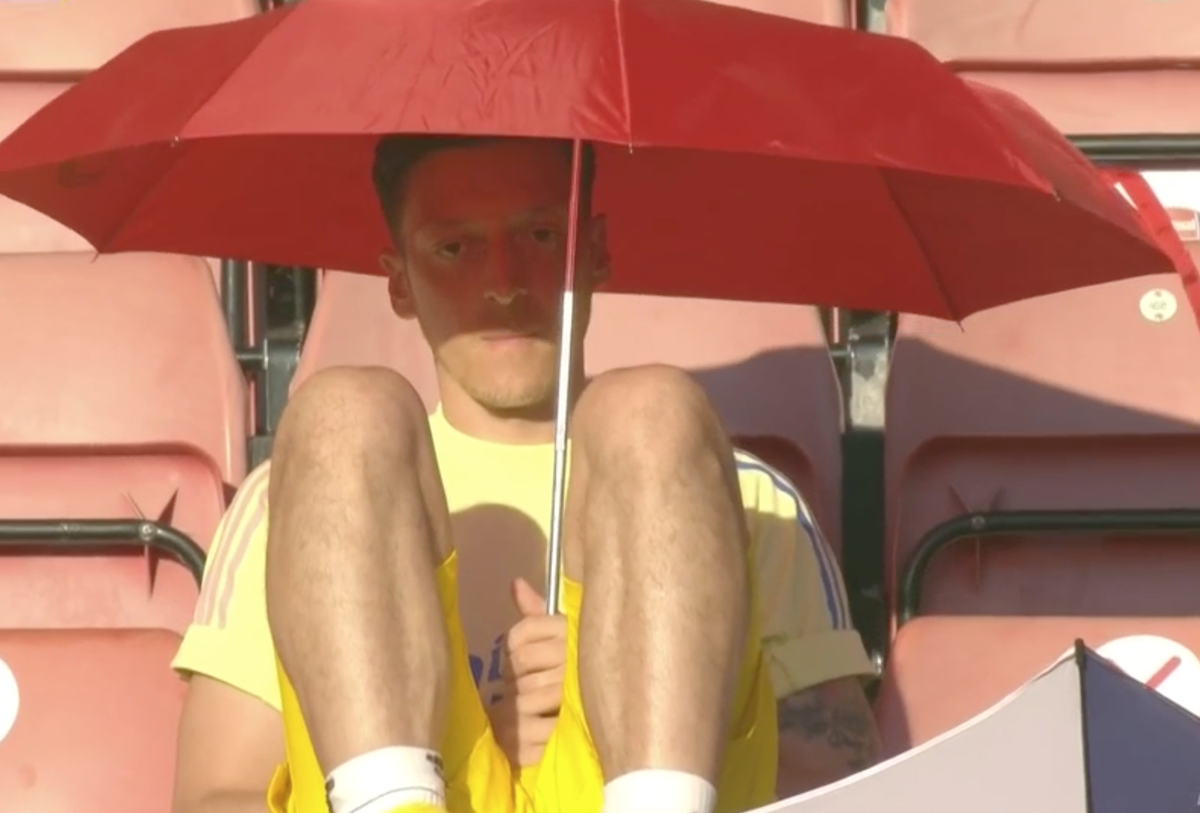 A friend sent me a link to a tweet before the match against Southampton. It stated that Hector Bellerin had pledged to plant 3,000 trees for every Arsenal win for the remainder of the season. I responded to the effect that the planet was doomed.

And then what happens? Arsenal go and actually win a football match. And at Southampton of all places, a venue they have often struggled at. The starting line-up was an eyebrow raiser, with Guendouzi disappearing completely from the picture, not even on the bench. I am uncertain that Arteta is impressed by his inability to avoid getting drawn into personal arguments with opposition players, and the hot-headedness of some of his actions. Eddie Nketiah replaced Alex Lacazette and both Kieran Tierney and a fit-again Granit Xhaka returned to the first eleven. It was a boiling hot afternoon, with many of the subs using umbrellas to protect themselves from the blistering sun.

When Aubameyang hit the bar early on, you began to wonder if this team is cursed in some way. He really should have scored, given the angle and for the most part Arsenal created more danger in front of goal. It was interesting to see some long forward passes to test the Saints’ defensive pace, especially down their right hand side, not a tactic we have often seen with Gunners’ sides since the days of Ian Wright. After 19 minutes, a grade one howler from the Saints keeper allowed Eddie Nketiah a tap-in. Given the weather, at times, it looked like the opposition were on the beach already, 10 points clear of the relegation positions, surely safe.

They came alive more after the interval and the introduction of Shane Long, creating a lot more danger. Tierney’s withdrawal due to injury was a concern, given his history since joining and indeed before, so let’s hope it wasn’t a bad one. Pepe was also withdrawn with a knock, and when Ainsley Maitland-Niles came on for Ceballos in the last part of the game, the formation changed to a back five, and the team looked better for it. It will be interesting to see whether Arteta explores this option when tougher matches arrive, and if so, it would certainly restrict opportunities for Ozil to re-establish himself even further.

A late red card for the Saints led to Arsenal’s second goal, after Lacazette’s free kick rebounded and fell to Joe Willock. It was encouraging to see two youngsters on the scoresheet, because make no mistake, they are going to be key to the club’s short-term and probably long-term future. The noises around Bukayo Saka committing to an extension are highly encouraging. Let us hope a deal is completed. Certainly, it is clear to the player how highly he is valued by the head coach.

This win on the south coast should have followed another last weekend at Brighton, given the number of opportunities to score there, but at least, psychologically, it is a starting point for the remainder of this behind closed doors conclusion to the season. Arsenal did generally play well, and it will be fascinating to see how they perform against Sheffield United in the FA Cup quarter final next. A win there and against Norwich would at least see them in better shape as the sequence of fixtures get tougher afterwards.

There is still a sense of unreality about the matches in stadiums with just those directly connected with the clubs and medical personnel present. Arsenal will be putting fans’ flags in the upper tiers for their matches at the Emirates, a symbolic gesture, but good luck spotting yours on TV. However, the players seem to be playing with appropriate intensity, given the bad fouls and red cards. One simply hopes that it will be possible to re-introduce crowds as early as possible into next season, because there is no debate that the spectacle lacks the intensity of the pre COVID-19 era.