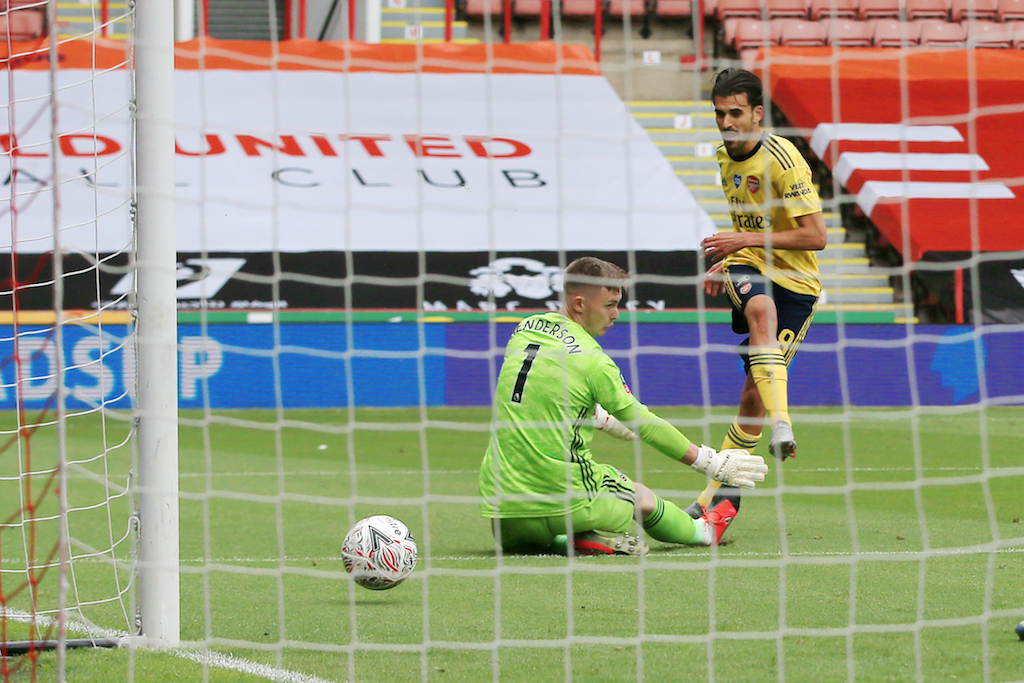 Dani Ceballos seals victory for Arsenal over Sheffield United at Bramall Lane to earn a Wembley date as the Gunners make it to the last four of the FA Cup. CREDIT: OFFSIDE

Relieved Arsenal boss Mikel Arteta has hailed his young players after his side grabbed a dramatic late winner against Sheffield United at Bramall Lane to win through to the semi-finals of the FA Cup.

An injury time winner from substitute Dani Ceballos sealed a 2-1 victory over Chris Wilder’s tough Blades in the quarter finals of the world’s oldest knock-out competition.

Nicolas Pepe had put the Gunners into the lead through a 25thminute penalty after Alex Lacazette was fouled in the box as the Gunners looked to be coasting to a triumph.

However, David McGoldrick levelled the scores with only four minutes left as the Arsenal backline switched off. As the tie headed for extra time Real Madrid loanee Ceballos sent the north Londoners into their 30thsemi-final in the competition, leaving Arteta delighted.

Speaking after the match Arteta said: “We needed that. We played four away games after the coronavirus [pandemic], which is not an easy thing to do in the Premier League, and hopefully we can get some momentum going now.

“We still have a massive gap to fill in, we have to improve in many departments a lot, we have to respect the process.

“It’s been really difficult stop-start-stop-start, but we will get it right, I’m convinced of that. We need a bit of time, that’s all.”

Asked about the performance of his young players, Arteta added: “They are evolving and they are really willing and they have a lot of personality to play.

"You can see the way they played today and Eddie [Nketiah] as well, the way he came on and how he fights with everybody, he doesn’t care, so I really like that.”