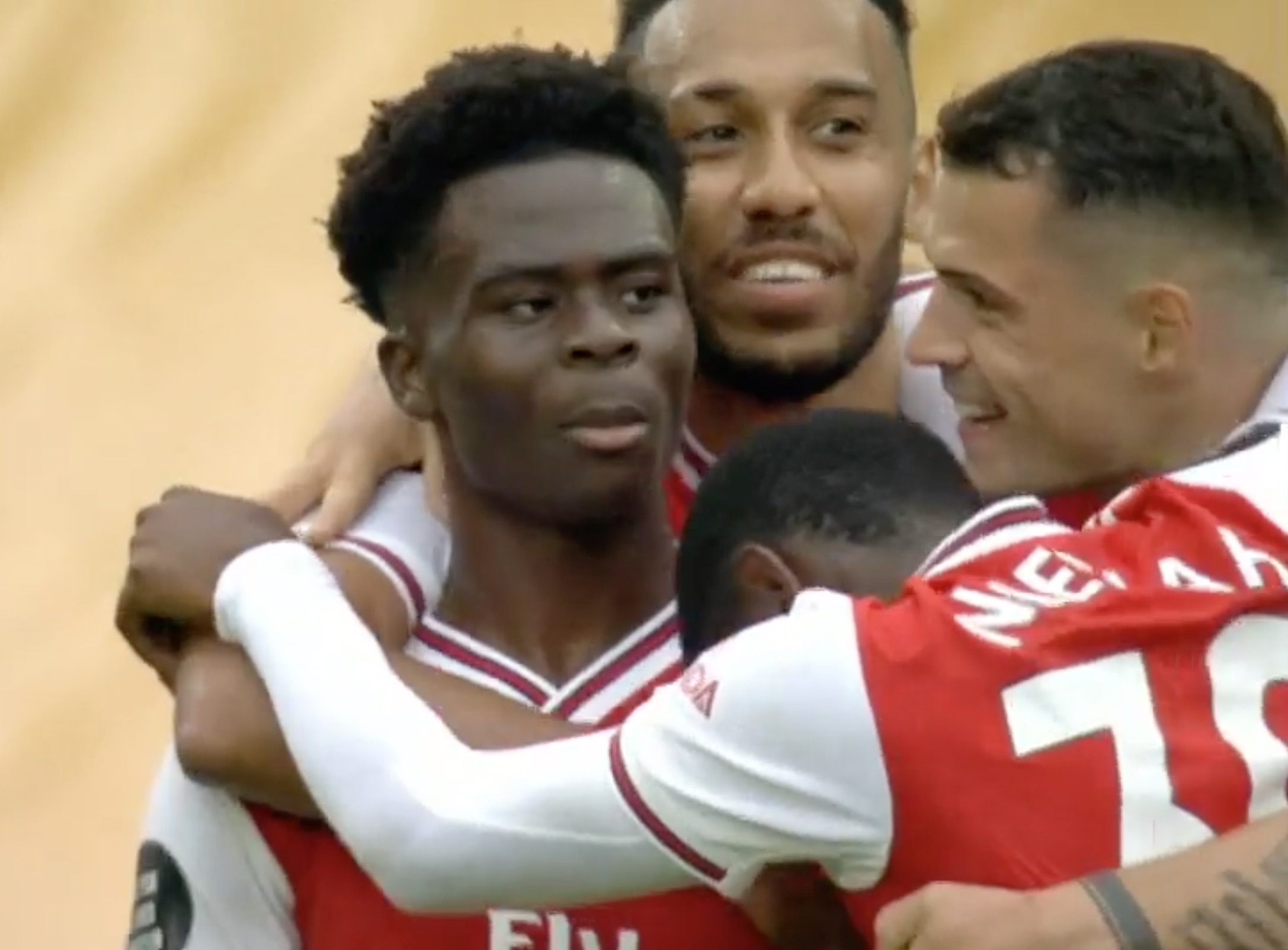 This was the first of a sequence of four matches that have been looking ominous since even before the lockdown stopped football matches for three months. And it was a pleasant surprise to see Arsenal win with a performance that can give us some optimism for the future under Mikel Arteta.

Given the gap to fifth place, and indeed the possibility that Manchester City might be able to wriggle out of their two year UEFA ban at CAS during the week, Champions League qualification looks over the horizon, but the financial significance of making the Europa League should not be underestimated given Arsenal’s modus operandi – which is self-sufficiency.

The win at a near-deserted Molineux was certainly not expected, even allowing for the Gunners’ three wins in a row. Guendouzi and Ozil remained out in the cold, whilst Eddie Nketiah got the nod ahead of Alex Lacazette, with reports claiming that he, alongside Guendouzi, was being offered for sale in the next transfer window. No doubt a decision will be made on whether to pay Aubameyang the requested £250,000 a week very soon, with the cost of replacing a goalscorer as prolific doubtless a part of the financial equation.

Mustafi, Soares and Saka all started – with an element of rotation required. It was good also to see a fit again Lucas Torreira in the squad. An early scare from the pacey Adama Traore was foiled by Emi Martinez. It needs saying that the keeper is looking better with every passing game, actually dominating his area in a way I don’t feel we’ve seen from an Arsenal keeper in a long time. Next season, when Bernd Leno returns to fitness, will be interesting, because if this continues, it would be detrimental to the team to drop Martinez. It’s a nice problem to have.

It was a generally lacklustre first half, with two sides playing the same formation largely negating each other, although Eddie Nketiah was unlucky not to score at one point with a quality snap shot. It was his younger colleage Bukayo Saka who opened the scoring as half-time neared after some great build-up play, albeit Kieran Tierney’s cross into the box was deflected. Saka took the half volley sweetly though, with an excellent finish.

No surprise that Wolves dominated the early stages of the second half, and Traore should really have equalized – credit again to Martinez though for pressurizing the striker at the key moment. It might have been a different game had that gone in, but overall, Arsenal were the better team. Arteta’s substitutions were all effective – he’s now getting the hang of using all five allowed subs, although in his defence, injuries have scuppered things for him more than once.

What was really encouraging, especially when fresh legs were brought on, was how competitive the Arsenal team were, chasing down the ball in the Wolves half, and forcing loss of possession. It was the hunting in packs that Guardiola fostered at Barcelona and doubtless continues to drum into all of his teams. It was key that Arsenal did this to prevent Wolves getting into a rhythm and repeating the sustained spell of pressure we saw after the interval.

With the intensity, it has a bit of a whiff of the old Arsenal spirit. In the end, things became more comfortable when sub Lacazette scored his first away Premier League goal for a year, the kind of stat that tells you why the club may well be prepared to cut their losses and sell the player. He came with a big reputation, but failed to establish himself, Aubameyang joining halfway through his first season and simply looking a better striker. The stats don’t lie. Even so, he’s obviously showing enough commitment to get game time under Arteta and I can see him rotating with Nketiah for the remainder of the season.

Joe Willock might have made it three, beating the keeper but seeing his effort cleared off the line. It was a miss that didn’t matter. It’s certain that seventh place will mean Europa League football, given the last four in the FA Cup, and even eighth will be enough if Man City’s ban is at least enforced for one season. It is strange to think that if Tottenham do not get their act together they may not even be in Europe at all next season - it feels like three from four between Wolves, Arsenal, Sheffield United and Spurs on the Europa qualification front, although Burnley and Everton can’t be completely ruled out.

What is important for Arsenal though, is momentum. Another win, another clean sheet. Since the defeat at Brighton we have seen a switch to a back three and a single goal conceded in four matches. We are seeing wins instead of the pre-lockdown plethora of draws. It’s taken time, but it now looks like the team are genuinely progressing. Let’s hope this continues, as with a pretty short close season to come, momentum could even continue into the next campaign, along with the introduction of players Arteta wants in his squad rather then solely inherited options.