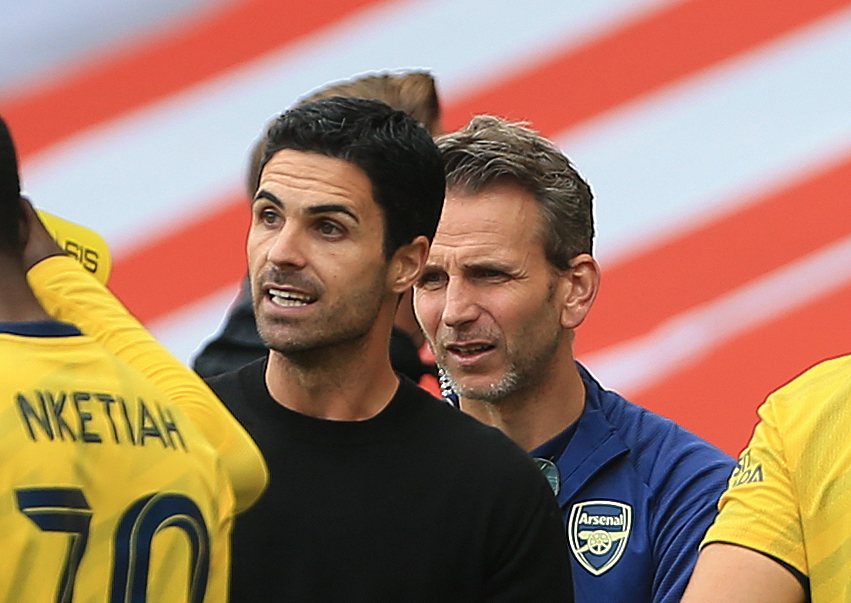 Arteta – Mixed views on his tenure so far. Photo: Offside

I rarely write articles - people online have lost the ability to hold dichotomies and everything said is taken to an extreme so it's hard and sometimes pointless to write something.

Having said that, Sydney Gunner’s article encouraged me to write a different view because I see something I consider sad for our club and dangerous - excusing failure due to someone being nice and trying to downplay where we actually are (now it isn't a top 4 side).

To address what Sydney Gunner write - I would argue it is possible to hold the following two opinions as some consider this a dichotomy:
Arsenal are far below the level we were (challenging for the league) and we are not even a top 5 club anymore.

When Mikel Arteta took over (starting from after the 0-0 with Everton) a very realistic expectation given our squad, the competition and the remaining games - was 6th place and at the very worst 7th. With Liverpool, City, Leicester and Chelsea (showing what happens when you bring in a manager who has at least managed somewhere else even for only one season) all better than us and arguably United and even the noisy neighbours down the road as well, I'd contend we should be in a fight with those teams for 6th place.

And yet we find ourselves 10th with a maximum 8th place finish. That is a failure this season. Arteta may be a lovely bloke who speaks well and with passion - but that doesn't excuse him being a poor choice of appointment as has been proven this season. We have dropped (I think) 18 points from winning positions under him this season - that shows a systematic flaw. Here is where I would respectfully disagree with Sydney about this season being the "pre season" for Arteta to experiment with - that's not true. A good (and I would dare say experienced) manager would have played a system based on the players he has now and then used pre-season for next year to implement new ideas - this would have helped us achieve a much higher finish with less dropped points as we played a system suited to our players - something Burnley and Sheffield United do - and they are both ahead of us with one game to play.

Mikel Arteta (or Mikel Wenger as some have called him which is harsh but funny) has shown - as far as I'm concerned – that he is not up to the job. He'd be an amazing number 2 - but the mistakes made are just not excusable. Dropping 18 points is not acceptable whatever your level. Especially when many of them were due to poor tactical choices, bad substitutions or playing a method (pressing) that meant our players were dead at the end of games and therefore conceded goals to cost points.

The Wenger name for me is apt, because under Arteta (and I truly hope I'm proven wrong) we will win a few games then get some poor results we shouldn't - which will stop us from getting into the top 4 at all. We might win the odd FA or League Cup - but like Wenger, it will simply mask the real issues under the "manager" (and I use the word loosely).

Arteta is a coach, not a manager. This season has failed a very realistic expectation of 6th or 7th place. He did brilliantly against City - the one game he got things spot on (let' s be honest we were v lucky v Liverpool and they didn't care as they'd won the league – I wonder what next year's result will be when it matters) but aside from that we've won a few games we'd expect to and drawn or lost others we shouldn't have. Fans trying to defend this awful choice seem to either think that Arteta knows best, or they really believe we are level with Burnley and Sheffield United which is think is false and we can legitimately argue about that. I'm not saying we're top 4 or even 5th, but we should be 6th or 7th.

Under Arteta I doubt we will come above 5th ever - and I hope he's gone by the end of next year, or becomes number 2. Other, better managers were available at the time, but were more expensive so Arteta got chosen. If you want to delude yourself into thinking this is a Liverpool mark II you are in for disappointment - not only will we not spend what they did but they had an asset they sold for £150 million (Coutinho) which made a huge difference in acquiring the players they wanted and needed. Without that they could have been another two years in development - we don't have such assets.

I would love to be proven wrong - we win the cup, next year get 6th place and the year after 5th then 4th, all the while Arteta shows he really can put a run together in the league.
But please don't try and pretend this season hasn't been a failure in the league by giving him a free pass just coz he's a nice guy and players seem to run a bit more in most games. That isn't success.

We are a 6/7th level side in the PL - a real manager would have achieved that this season and then next year been able to push for 5th and then 4th. We are now another year behind and Arteta’s believers will defend it - it's possible to know our level (not top 5) and still say this season's league finish under Arteta is not good enough.

If we come lower than 6th next year he should be fired. But people who do not want another change will just find more excuses. Mikel Arteta is a lovely bloke but he isn't a manager. This season has been a failure on the league front and to go out to Olympiakos after the first leg result we had in the Europa League - well that's a whole other article itself which I won't write - but suffice to say it was shambolic and unacceptable.

So sorry Sydney Gooner, I have to respectfully disagree - this season is a complete failure league wise and Arteta has shown he isn't up to the job. We need an experienced manager who will play based on who we have (whilst trying to get new recruits) rather than play in a way that makes us throw away leads and lose points.

I'll end with this - if out of the 18 points we've thrown away under Arteta, we'd have just kept six, we'd be level with Wolves going into the final games of the season - they are away at Chelsea and we are at home to Watford.