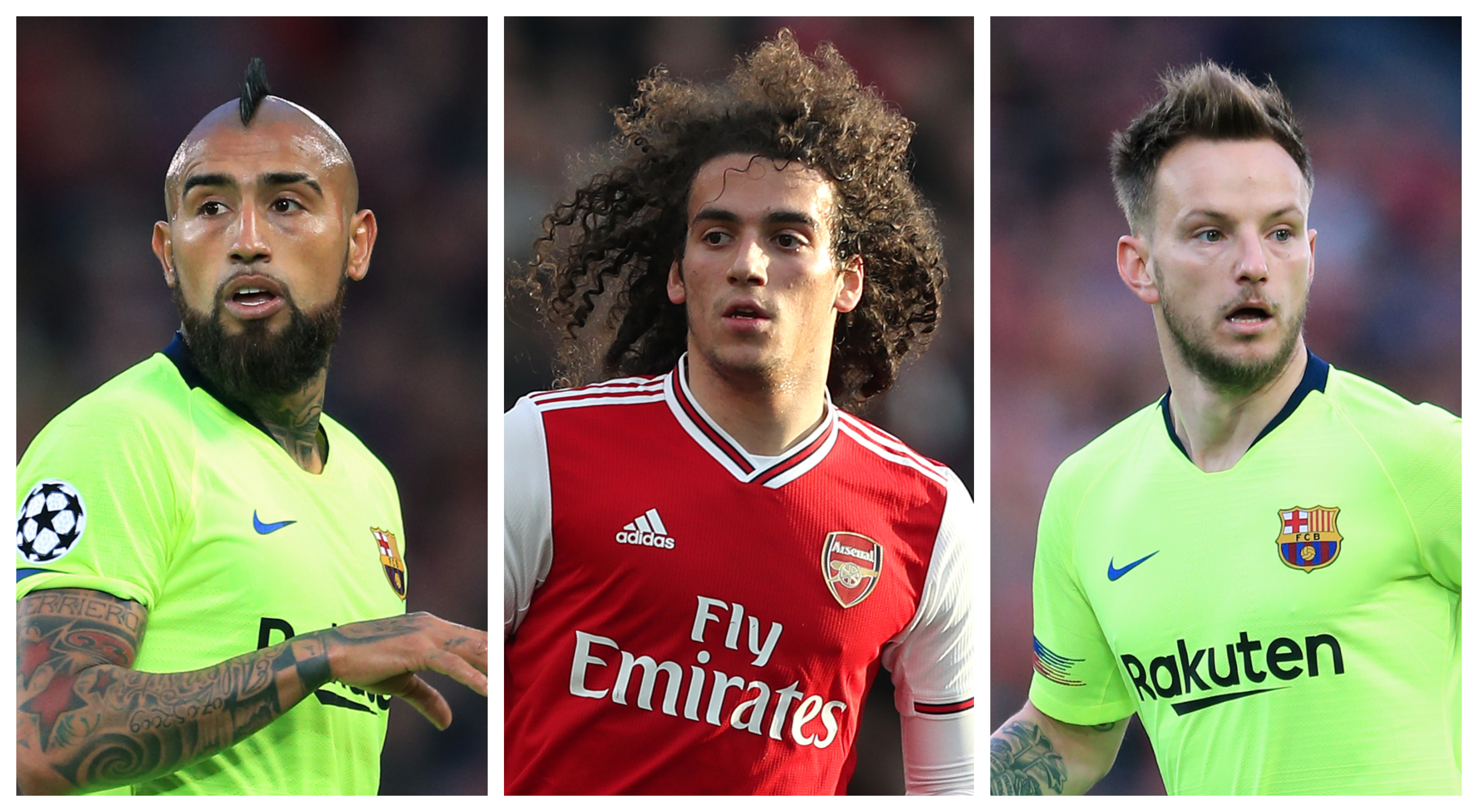 Could Matteo Guendouzi, Arturo Vidal and Ivan Rakitic all be on the move? CREDIT: OFFSIDE

Matteo Guendouzi is set to be offered an Arsenal escape route with Barcelona considering a swap deal, according to reports.

French outlet Foot Mercato suggest that the Catalan giants are willing to offer midfield duo Arturo Vidal and Ivan Rakitic in an attempt to convince the Gunners to part with the 21-year-old.

Guendouzi has been in exile since fracas at Brighton in June, not featuring for the Arsenal first-team and training on his own, with his future at the Emirates uncertain.

Reports also suggest that Barca could offer Philippe Coutinho to Mikel Arteta's side instead of Vidal and Rakitic.

That swap deal might not be the only business between Arsenal and Barcelona, with reports suggesting French defender Samuel Umtiti could move to north London.

Mundo Deportivo claim the Gunners are one of a number of clubs considering a move for the 26-year-old World Cup winner, with his Camp Nou exit 'inevitable'.

Despite his obvious quality, a number of injuries have seen Umtiti feature just 13 times in La Liga this season, with a knee problem his latest setback.

The former Lyon man may well go out on loan for the upcoming campaign, with Premier League duo West Ham United and Everton also keen to secure his signature.

Gunners set to do battle for City star

Arsenal's desperate need for central defenders could see them turn to out-of-favour Manchester City star John Stones, but they face competition for the England international.

According to Sports Witness, the Gunners are set to do battle for with Chelsea to sign 26-year-old this summer while Everton are also in the mix.

Injury problems and errors have seen Stones fall out of favour at the Etihad, with Pep Guardiola reportedly keen to move him on in the off-season.

Atletico Madrid have handed Arsenal an ultimatum over their interest in midfielder Thomas Partey, according to reports in Spain.

The Spanish giants are demanding the Gunners pay Partey's £45 million release clause if they want to sign the Ghanian this summer.

The 27-year-old is currently stalling over a new deal, which has encouraged Arsenal to make him their top priority in the window.

Emiliano Martinez's impressive recent form has drawn interest from newly-promoted Leeds United, if The Sun are to be believed.

Marcelo Bielsa's men are back in the Premier League after a 16-year absence and want to sign the Argentine stopper to shore up their defence, while compatriot and Manchester United goalkeeper Sergio Romero is also an option.

Martinez's has shone since replacing the injured Bernd Leno, and Arsenal will be keen to keep hold of him.