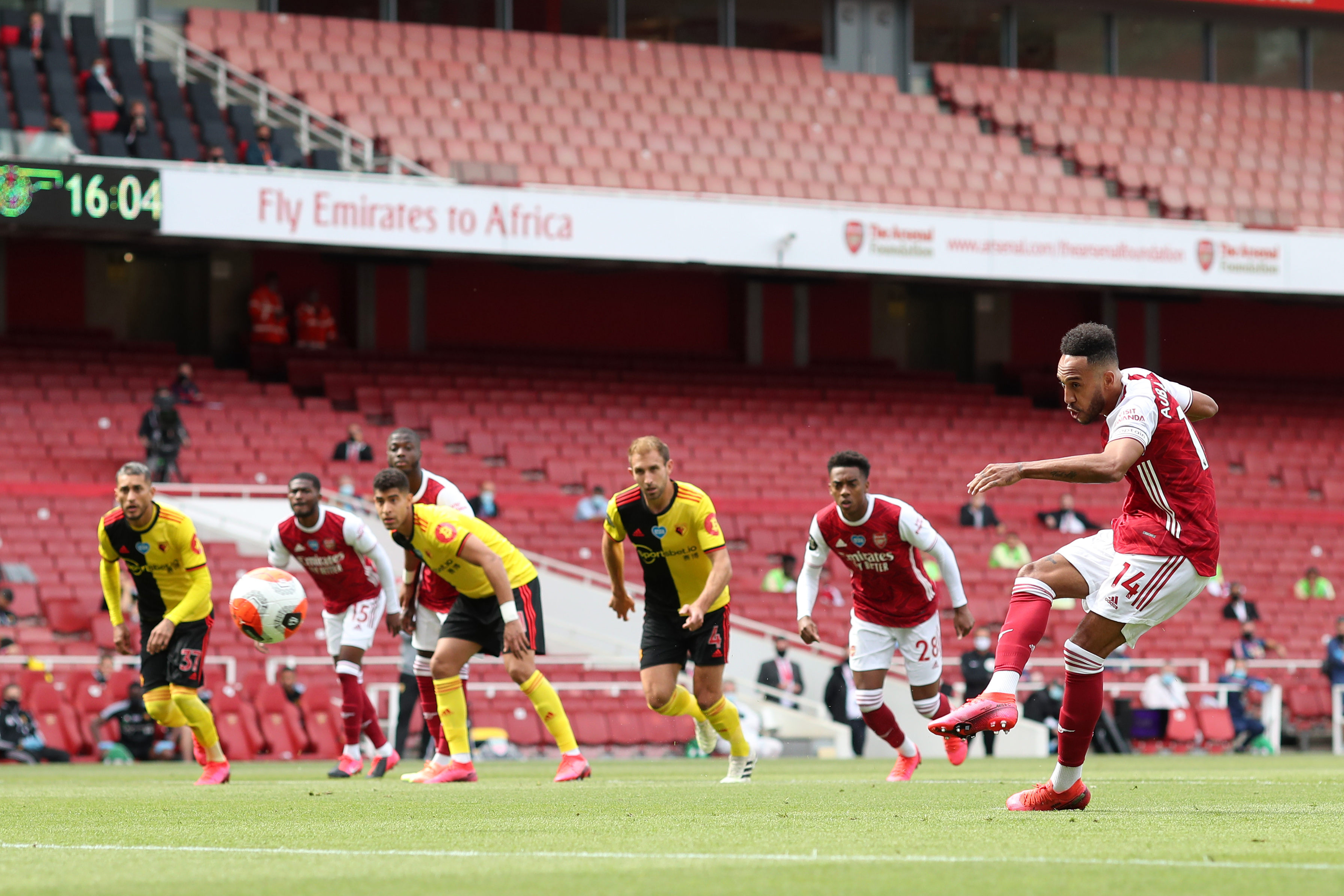 As preparation for the Cup final, the positives from the game were that Arsenal won, and their finishing was on point enough to secure victory. This, in spite of familiar defensive woes, which will undoubtedly make Chelsea favourites next Saturday at Wembley. Still, we are watching a Jekyll and Hyde team at present – capable of beating the top two sides in the division, yet struggling to get results against relegation contenders.

Of course, tactically, Mikel Arteta instructs his team to play differently against superior sides, so we saw counter attacking football in the matches against Liverpool and Manchester City. The games against Villa and especially yesterday against Watford were more open. Against Villa, it came down to missed opportunities, but more to the point Villa enjoyed more space to create their own chances than Pep Guardiola’s side had enjoyed. Whether it was down to a lack of numbers, motivation, or focus, Watford had enough near misses yesterday to have won this match.

Granted, there may have been an element of complacency amongst the Arsenal ranks, which evidently didn’t please the head coach. There was nothing at stake in this match, the Europa League spots out of reach. Will performances in this game influence the selection for the final? There were certainly players who can’t be certain of starting, but some know their place is secured.

It was a surprise to see Arteta field a back four, but perhaps this was a reaction to the Villa performance. It presented Joe Willock with the opportunity to play behind Lacazette in the position Mesut Ozil used to inhabit once upon a time. It was even more surprising that Mike Dean did not find a way of over-ruling the VAR decision which, early in the game, awarded Arsenal a penalty for a shove on Lacazette by Craig Dawson. I was in fear he would be invited over to view the screen at pitchside, which would have inevitably meant no spot kick, given Dean’s dislike of the Gunners. But he reluctantly accepted the decision from Stockley Park, and the home team were one up before the game had even really got going. After 24 minutes, it felt like game over as Tierney placed a shot into the far corner, aided by a slight deflection off Hughes. It felt even more like there was no way back when Aubameyang made it three with an overhead kick that was just too easy. The question now was whether the number 14 could score another to take a share of the Golden Boot, as he did last season.

However, Arsenal being Arsenal, they decided to make life difficult. Arteta isn’t keen on Rob Holding because he likes defenders who can pass well, and Holding gave away possession cheaply before the interval, which led to David Luiz making a late challenge on Welbeck. Dean blew for the spot kick, which was duly dispatched by Troy Deeney.

The second half reminded us that the Gunners’ tendency to struggle with set pieces remains an issue. Who knows if the involvement of William Saliba and a fit again Pablo Mari will resolve this next season, but something needs to be done. Danny Welbeck scored Watford second three quarters of the way through the match. It was a bittersweet return for the former Gunner, who had other chances, and ended the match knowing he will be playing Championship football next season. The bottom line though is the Emi Martinez got his team out of jail with two fantastic second half saves. But for him, Watford would probably have won this game and stayed up. Deeney should have equalized in injury time, but it wouldn’t have been enough, with the Hornet’s goal difference inferior to Villa, who secured a point at West Ham.

There was of course a moment in the second half, at 3-2, when Eddie Nketiah was bearing down on goal and probably should have shot. Whether the Golden Boot or seniority was the reason, he passed to Aubameyang. The captain had a decent enough chance but failed to lift the ball over Ben Foster, and the chance to share the Golden Boot with Jamie Vardy had gone. It would have made the end of the game more comfortable for sure.

So, you could argue a win’s a win, but it meant nothing. Points-wise, there was nothing to play for. Maybe this was a bad game that Arsenal needed to get out of their system before the final. It will quickly be forgotten about after next Saturday, whatever happens. Win or lose, the final itself will not be so easily consigned to history, and of course there is more at stake than the trophy for Arsenal, with a likely £30 million from Europa League participation, which would certainly help the bottom line. I received a text last night informing me that Chelsea’s defence was as bad as Arsenal’s – and it’s a fact that somehow they have construed to concede six more than Arteta’s side over the course of the season, their goal difference being plus 15 to the Gunners’ plus 8. They finished ten points better off, in fourth place.

There’s no debate that this has been a real fag end of a Premier League season for The Gunners. A change of manager midway through the campaign is generally telling you that things are not well, and those who were calling for a change in the summer after the disastrous run-in under Unai Emery last season culminated in the horrorshow that was Baku have been proved right. Arteta came in and took his first match after Christmas Day, and had the opportunity to get the club into the top four, but failed, largely down to too many drawn matches, too many points squandered from a winning position. It’s the worst finish for 25 years. The head coach can salvage the season by winning the FA Cup, and it’s not out of the question. Arsenal have shown they can beat teams that are superior to them on the day – we’ve seen it. Let it be hoped we see that again against Frank Lampard’s team next weekend. Nobody in red wants to see a repeat of the last time the two sides met in a final.