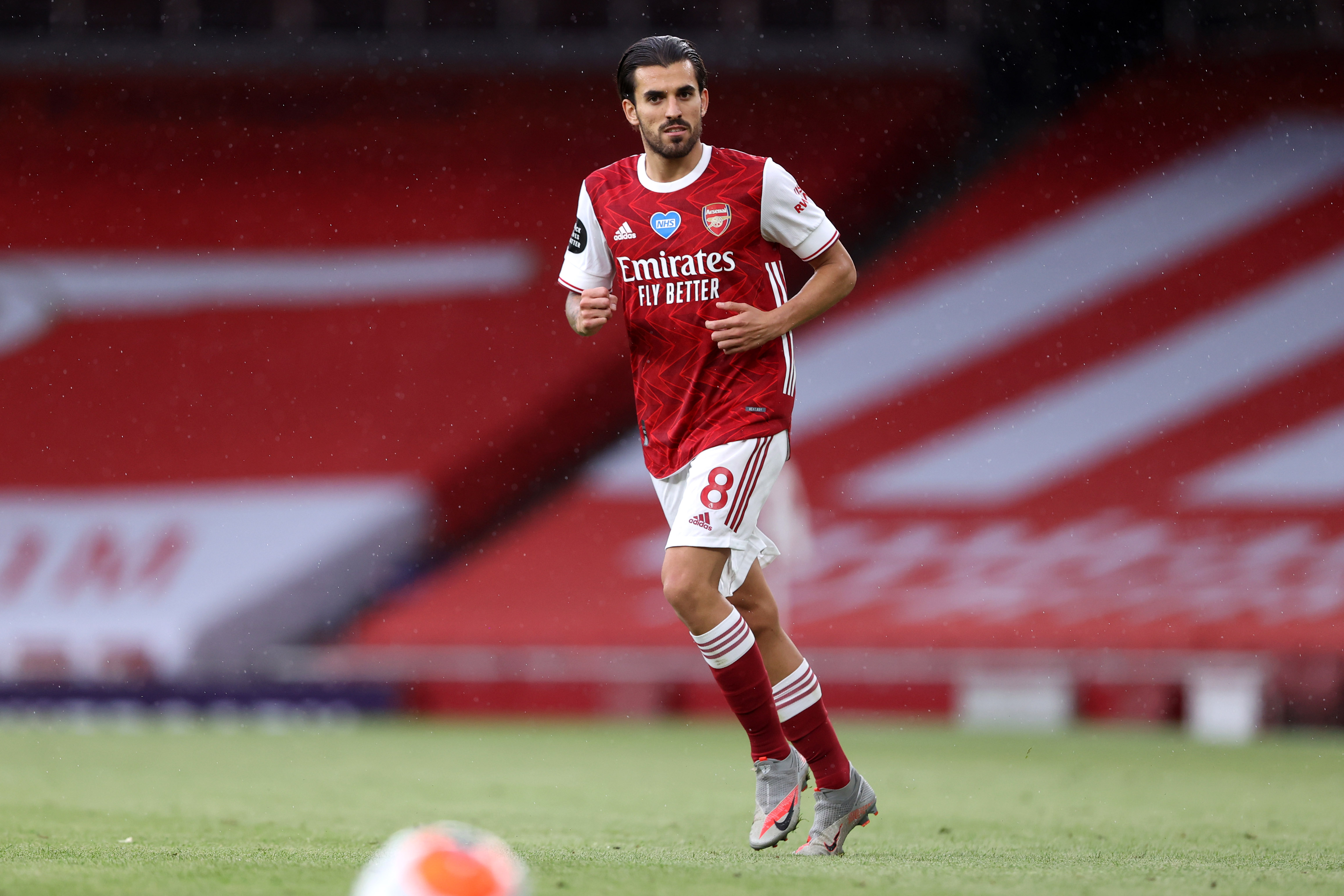 Dani Ceballos looks set to stay at the Emirates for another season. CREDIT: OFFSIDE

Arsenal have seen a second bid for Atletico Madrid midfielder Thomas Partey turned down by the Spanish giants, according to Fabrizio Romano.

The Gunners offered €25 million plus a player - believed to be Matteo Guendouzi - but Atleti are demanding the Ghanian's full €50 million release clause is paid.

A first offer of the same value without a player included was turned two weeks ago, but Partey's refusal to sign a new deal at the Wanda Metropolitano still gives Mikel Arteta hope in the pursuit of his top target.

The 27-year-old joined Atletico in 2013 and has made nearly 200 appearances for the club.

Dani Ceballos looks set to stay at Arsenal for another season with a loan extension from Real Madrid 'almost done' according to Spanish outlet AS.

Despite being out of favour when Arteta was appointed in December, the 23-year-old has been resurgent since the Premier League's restart with his impressive displays convincing the Gunners to try and retain his services.

Madrid are planning a summer clearout and boss Zinedine Zidane has reportedly informed Ceballos that his services are not needed.

The midfielder's new loan deal could also include a purchase option that Arsenal can exercise at the end of the 2020/21 campaign.

Battle for Willian hots up

Arsenal face plenty of competition in their pursuit of Chelsea winger Willian, with his agent Kia Joorabchian claiming he has a number of offers on the table.

In an interview with talkSPORT, Joorabchian revealed that the Brazilian, who is out of contract this summer, has two offers from Premier League clubs and interest from MLS and European clubs.

Reports claim that the Gunners will have to battle the likes of Manchester United, Barcelona and David Beckham's Inter Miami to sign the former Shakhtar Donestk man.

Willian could still stay at Stamford Bridge though, with Sky Sports claiming that the 31-year-old may make a U-turn on his decision to leave and sign a contract extension with Frank Lampard's side.

In their search for new defenders, Arsenal could turn to Borussia Monchengladbach's Matthias Ginter, with Sky Germany claiming the north Londoners have made an enquiry about the centre-back.

The Gunners are one of a number of clubs to ask about the 26-year-old after Chelsea, Inter Milan and Atletico Madrid also enquired about his availability.

Ginter made 31 appearances for Gladbach in 2019/20, impressing as he helped his side finish fourth and qualify for the Champions League.

The defender will be available on a free transfer next summer, but his contract will automatically extend by a further year should he play 25 games next season.

Arsenal have been chasing Red Bull Leipzig's Dayot Upamecano for a number of years, and they will be left with mixed feelings by the news that he has agreed a contract extension with the Bundesliga club.

The 21-year-old had just a year left on his current deal, but he has now put pen to paper on an extension to ward off potential suitors.

While this comes as bad news for the Gunners, they still have hopes of signing the Frenchman with his new deal reportedly including a £53 million release clause.