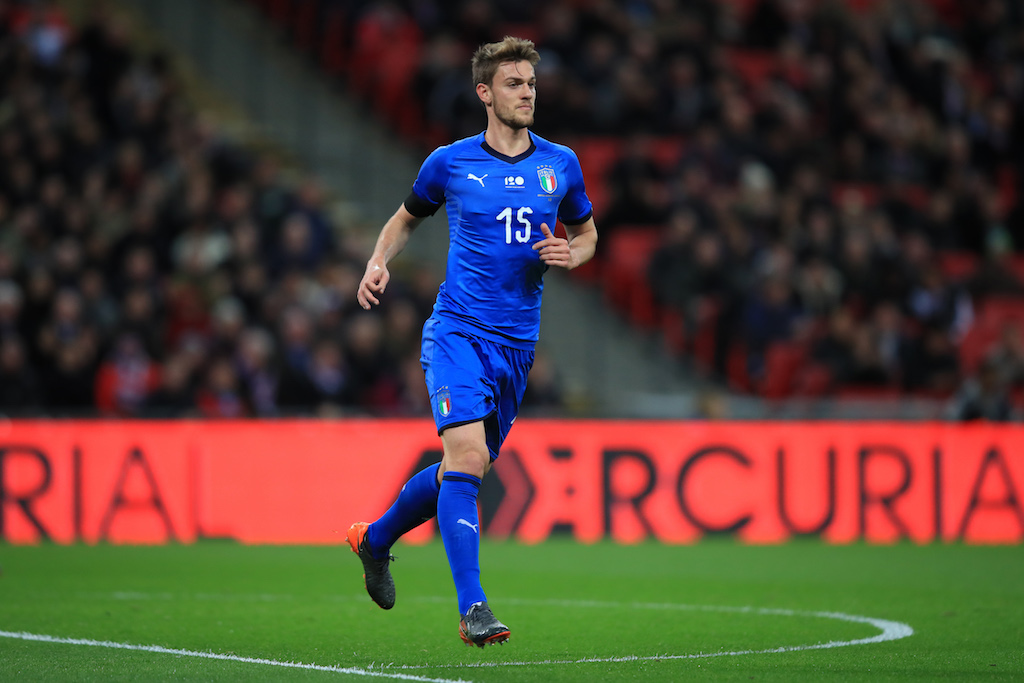 Daniele Rugani has been heavily linked with Arsenal after only making eight appearances for Scudetto winners Juventus this season. CREDIT: OFFSIDE

Despite having eight central defenders on their books next season, it’s typical Arsenal that the club will still have to find reinforcements to the backline due to another injury crisis.

With Arsenal facing a lack of defenders for the FA Cup final – ahead of what will hopefully be a summer of squad strengthening – the fact is Mikel Arteta needs to draft in replacements for next season.

The news that Shkodran Mustafi will miss the showpiece Wembley final is a blow for the Gunners as the 28-year-old has established himself as one of the most important cogs in Arteta’s defensive setup and would be dearly missed for the match against Chelsea.

Worryingly Arteta’s concerns aren’t just limited to Saturday’s final - as he could be without three of his centre-back options in Pablo Mari, Callum Chambers and Shkodran Mustafi for the start of the next season.

While Mikel Arteta is not a boss who discusses his transfer targets in public he has been dropping hints lately.

When quizzed about the situation Arteta said: "[We have] three central defenders not available and we haven't had them available for a long time during this season. We will have to address that."

While Arsenal are constrained by a limited budget there are still a number of defenders out there who could improve Arteta’s squad without breaking the bank.

The Manchester City defender has played just 1592 minutes of football for the Citizens this season, the lowest since he has joined the Etihad outfit.

With future opportunities expected to dry up further if City once again strengthen their defensive options this summer, the England international will be looking for regular football elsewhere – and Arsenal could perfectly suit the ball playing centre half.

Arteta – who knows Stones inside out after his spell as Pep Guardiloa’s trusted right hand man – is said to be keen on the former Barnsley man with Arsenal already considering a move for the 26-year-old.

The Gunners head coach has made it clear he prefers a cultured centre-back to build from the back and Stones’ ball-playing abilities would suit the system.

Stones is reportedly available for £30 million while Arsenal could even propose a season-long loan deal with a buy-out clause in a move which would appeal to Stones ahead of the 2021 European Championships.

Arsenal were said to interested in the Ukrainian in the January transfer window but were quoted an exorbitant fee which prompted them to plump for Pablo Mari instead, who later completed a permanent move.

Matviyenko is a left-footed modern-day ball-playing centre-back so ticks boxes for Arteta.

The Shakhtar Donetsk defender is also versatile enough to double up as a left-back if required.

The 24-year-old could be available for a lot less money than six months ago – with only a year left on his contract a bid of around EUR 4m could well land the former Vorskla Poltava loanee in a cut-price deal.

Another defender who has been heavily linked with Arsenal in the past, Rugani has found playing time hard to come by under Maurizio Sarri - who he had played under for two seasons at Empoli.

He made only eight Serie A appearances this term as La Vecchia Signora romped to a ninth consecutive scudetto.

With the chance of re-establishing himself in the Juve backline next season looking bleak look bleak under the former Chelsea boss, the highly-rated Italian will be aiming to get far more minutes elsewhere.

Wolves and Leicester are also interested in the defender but a move to the Emirates could attract the 25-year-old.

Despite a lack of games Juventus are still wary of losing him permanently - so a loan move can’t be ruled out.

Rugani isn’t exactly an ideal fit for Mikel Arteta as he’s not as proficient at playing out from the back as, say, Stones.

However, a temporary deal for a player looking to prove himself could be the right option for both parties.