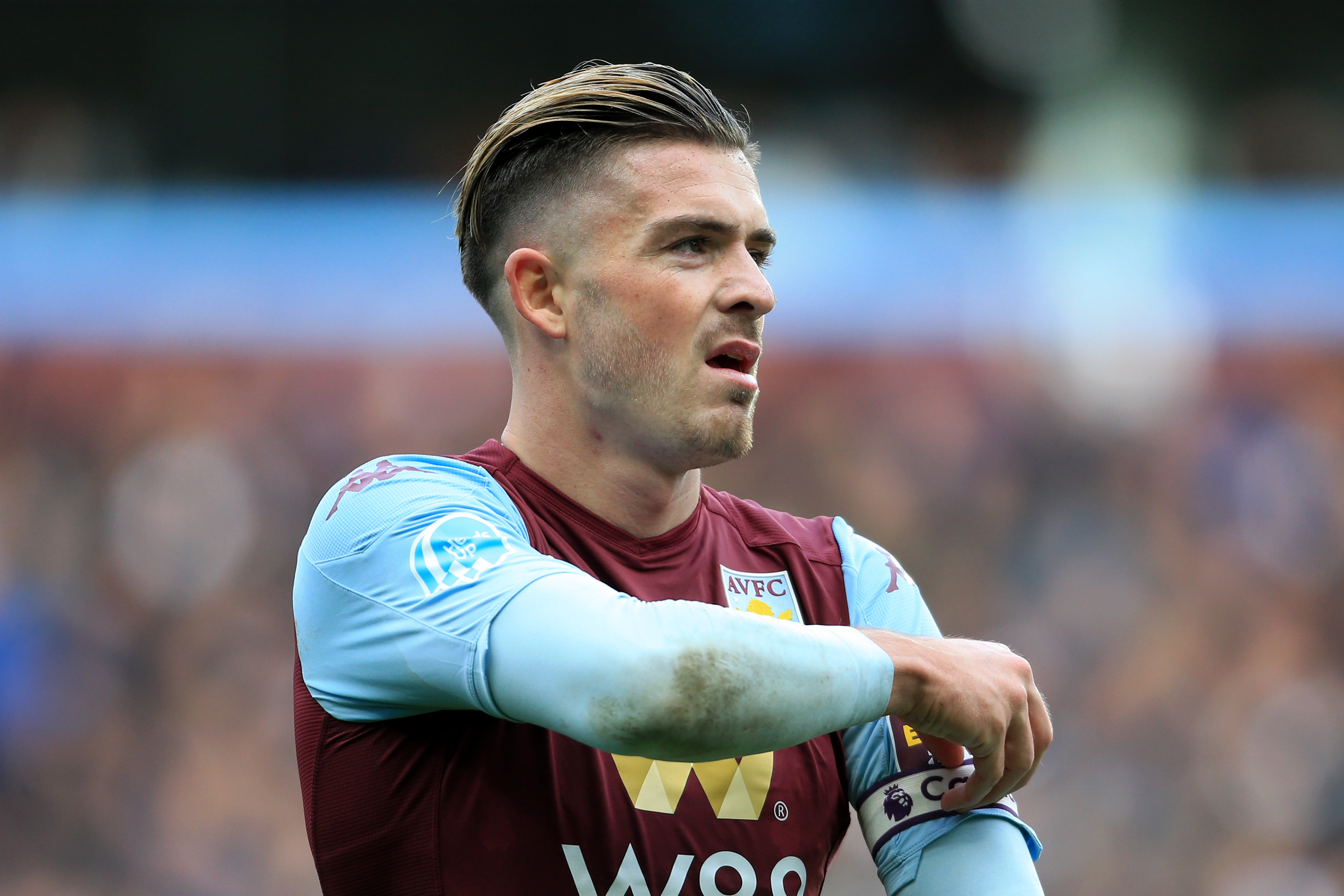 Could Jack Grealish be on his way to Arsenal this summer? CREDIT: OFFSIDE

Arsenal want to sign Aston Villa captain Jack Grealish this summer but may struggle to meet his £80 million valuation according to Sky Sports.

The 24-year-old dragged his boyhood club to Premier League safety and has now drawn interest from the Gunners and Manchester United.

Mikel Arteta's side have now registered their interest in the playmaker, but are hoping to significantly reduce his price tag if they make a move this summer.

A number of clubs are willing to pay between £50 million and £60 million but Villa would demand more as they to keep Grealish to help establish themselves in the Premier League.

The 28-year-old has struggled for form at the Camp Nou following his £105 million move from Liverpool, and the Catalan giants are now keen to sell after the playmaker failed to earn himself a move to Bayern Munich following a loan spell at the club.

The Blaugrana would accept a fee of £72.3 million for the Brazilian, but are also open to sending him out on loan once again.

Arsenal are one of a number of clubs interested in Coutinho, and Arteta has now given his approval to move for the attacker as he believes he is someone that can help lead Arsenal back to the top.

Arsenal looked to be out of the race to sign French defender Malang Sarr just last week, but in a shock U-turn, he now wants to move to the Emirates.

According to Spanish outlet Informa Futbol, the 21-year-old is keen on a move to either north London or La Liga side Real Betis after turning down offers from the Bundesliga and Serie A.

Sarr, a free agent after running down his contract at Nice, is regarded as one of Europe's best young central defenders, impressing during his time in Ligue 1 after making his debut at just 17.

Ozil not set for summer exit

Arsenal could be thwarted in their attempts to sell Mesut Ozil this summer, with his agent claiming he set to stay until the end of his deal.

The Gunners are keen to free up the German's £350,000-per-week contract from their wage bill, but his agent Erkut Sogut has revealed there is a '90 per cent chance' he will leave next summer.

"I do not think there will be a change in the case of Mesut Ozil until the summer of 2021," Sogut told Turkish publication Fanatik.

Arsenal are set to complete the signing of young winger George Lewis according to Goal.

The 20-year-old has long been linked with Arsenal, after initial reports claimed the Gunners were in talks to sign the Norwegian back in March.

Although work is still to be done to secure the free agent's signature, Arsenal are confident a deal will be sealed.