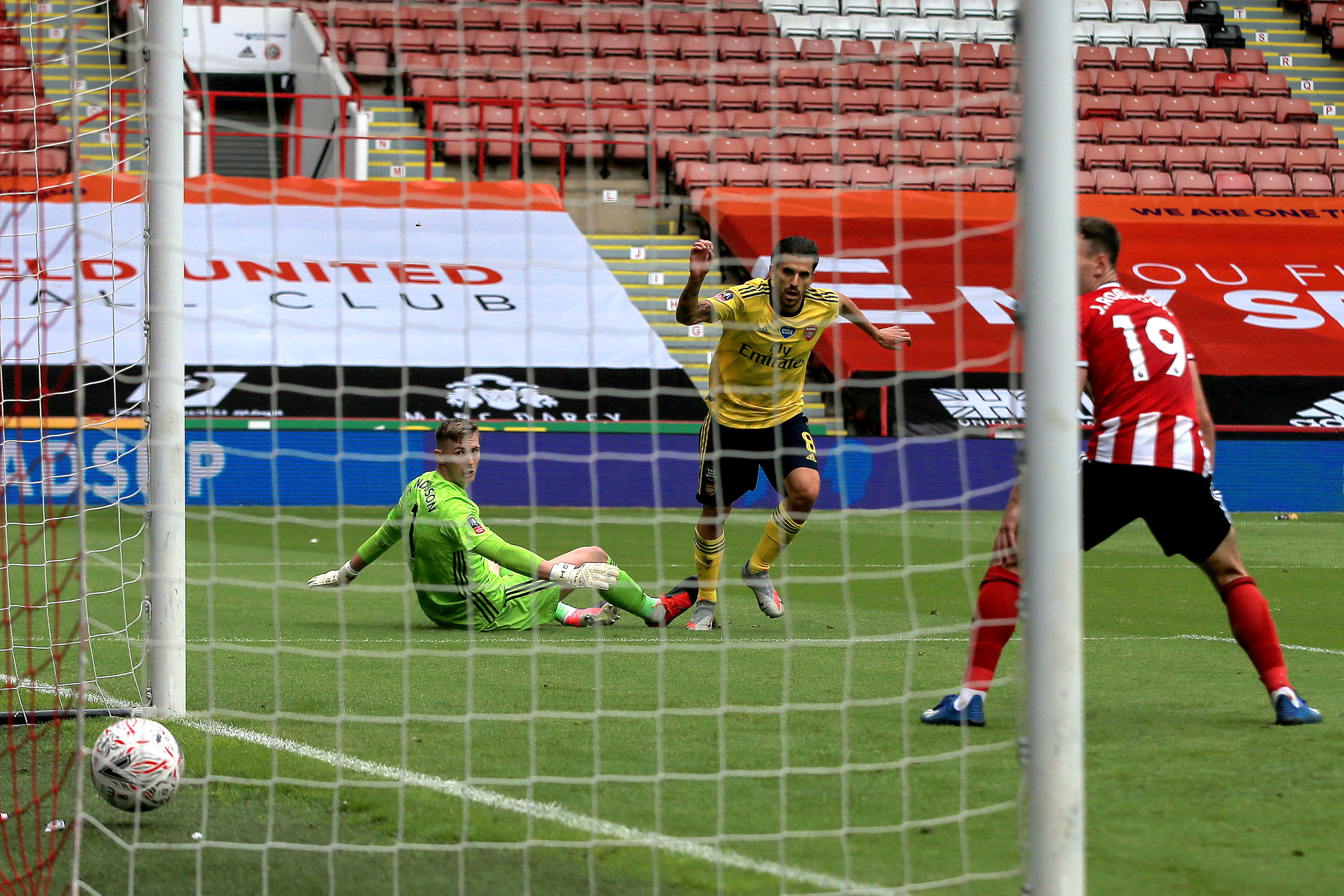 The Gunners were given a tough third round draw in the form of Championship high-flyers Leeds United at the Emirates.

Arsenal struggled with the intensity of Marcelo Bielsa's side in the first half, but a string of saves from Emiliano Martinez kept the score level before a much-improved showing from Arteta's side after the break.

Alexandre Lacazette's free-kick hit the bar before Reiss Nelson turned home the winner from close range on 55 minutes to secure the club's place in the next round.

Their reward for the win over Leeds was a trip to fellow Premier League side Bournemouth, and Arsenal's young guns stepped up on a wet and windy night to see them through again.

Joe Willock and Gabriel Martinelli combined to allow Bukayo Saka to lash home the opener with just five minutes gone, before the 18-year-old turned provider just before the half-hour mark as Eddie Nketiah slotted in his cross from the left.

Sam Surridge scored with 94 minutes on the clock to make it 2-1, but it was nothing more than a consolation as the Gunners comfortably went through.

Arteta kept faith with the youngster for the fifth-round trip to Portsmouth, and they repaid his faith with a win to see them into the last-eight.

The Arsenal boss named a team with six players aged 20 or under, and although they were facing a League One side, Pompey hadn't lost at Fratton Park in their last 19 games.

After a cagey first half, the Gunners took the lead in injury time as Nelson's cross was brilliantly volleyed home by Sokratis inside the penalty area.

Nelson made the second goal too as Nketiah met his near-post delivery to scramble the ball home, sending Arsenal to the quarter-finals.

Nearly four months after reaching the last-eight, Arsenal travelled to Bramall Lane to take on Sheffield United, hoping to book their place in the semi-finals.

VAR made its impact early on, ruling out John Lundstram's close-range header before awarding the Gunners a penalty when Chris Basham fouled Alexandre Lacazette on 25 minutes.

Nicolas Pepe tucked home the spot-kick, but David McGoldrick turned in from close range with 87 minutes on the clock with the game looking set for extra time.

But, Dani Ceballos was the hero for Arsenal, slotting home deep into injury time after a flowing counter-attack to send the Gunners to Wembley.

Into the last four and Arteta's men faced their toughest test yet in the form of Pep Guardiola's Manchester City, who had beaten them 3-0 just a month prior.

It looked like this game might go the same way as the last, with City putting constant pressure on the Arsenal backline.

But, a rare foray forward on 18 minutes saw Pierre-Emerick Aubameyang slot home Pepe's cross to open the scoring and give the Gunners a lead to defend.

The smash and grab was complete with 20 minutes to play as Arsenal's captain raced onto Kieran Tierney's pass and tucked the ball home.

The defence held firm as a gutsy and gritty display saw them through to the final against London rivals Chelsea.