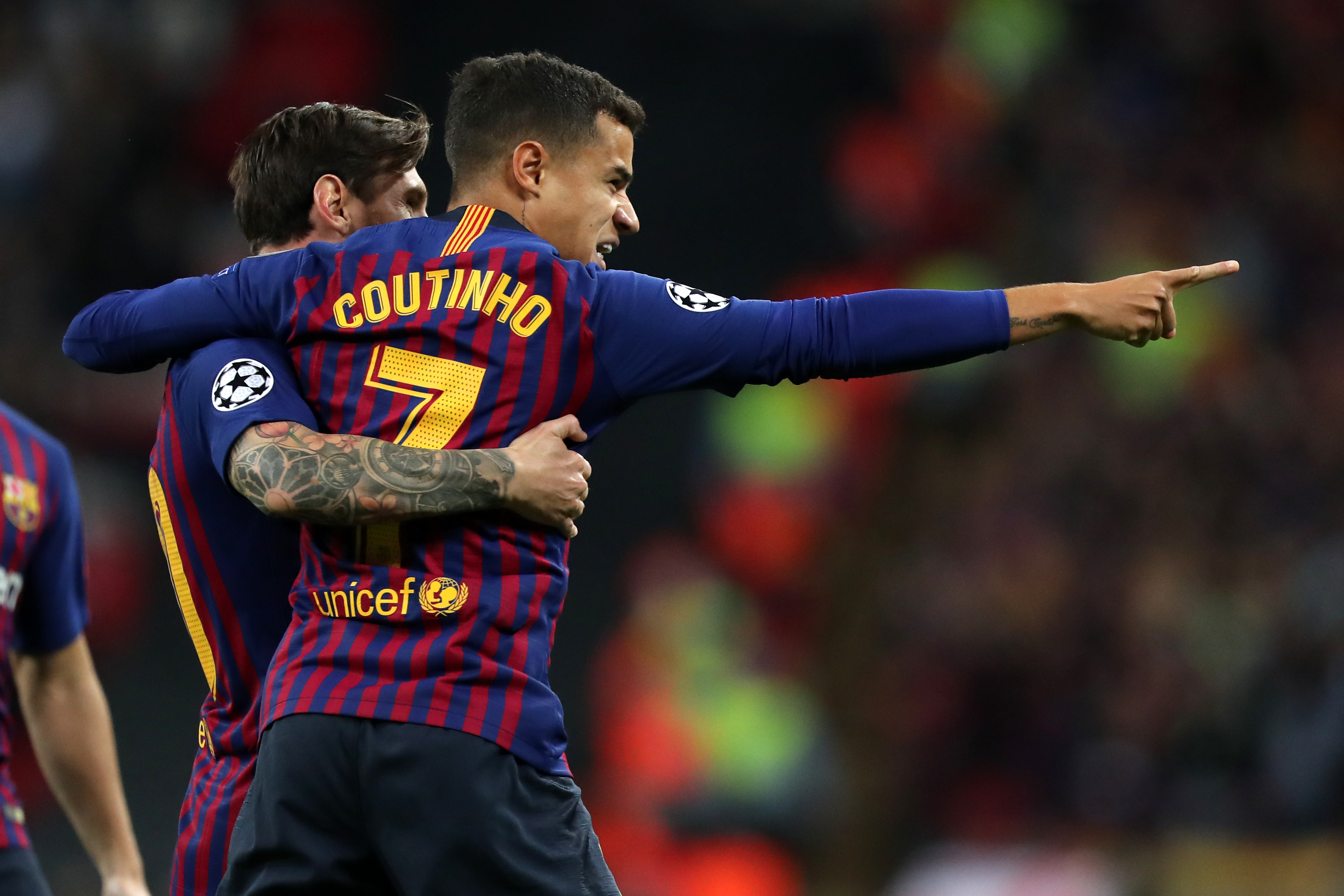 Philippe Coutinho could be on his way to Arsenal. CREDIT: OFFSIDE

With Mesut Ozil often left out last season, the burden of creativity was passed to Nicolas Pepe as he tried to adapt to the English game.

The club-record £72 million signing showed glimpses of his undoubted quality but was often left needing help as he single-handedly tried to supply the attack.

The arrival of Coutinho will add a central creative hub to Arsenal's forward play and certainly help ease that weight of responsibility on Pepe's shoulders which could help him thrive next season.

Despite his hard-working and industrious displays, 2019/20 was far from a stellar season in front of goal for the Frenchman.

The Gunners often played without an attacking midfielder which saw Lacazette forced to drop into deeper positions to link play, taking him away from the areas that had made him so dangerous the previous season.

Coutinho's arrival should mean Lacazette can stay further forward and pose more of a goal threat, with the Brazilian providing the link between midfield and attack rather than him.

Although the Swiss international formed a good partnership with Dani Ceballos towards the end of the season, their two-man midfield pairing meant they had to get through a lot of work going both forward and back.

When Xhaka did go forward, it often left a gaping hole behind him for opposition teams to exploit, but Coutinho's arrival could change all that.

The Brazilian would allow Mikel Arteta to return to his favoured 4-2-3-1 system, meaning Xhaka would not be forced to go forward as much, providing better shape and protection to the Gunners defensively.