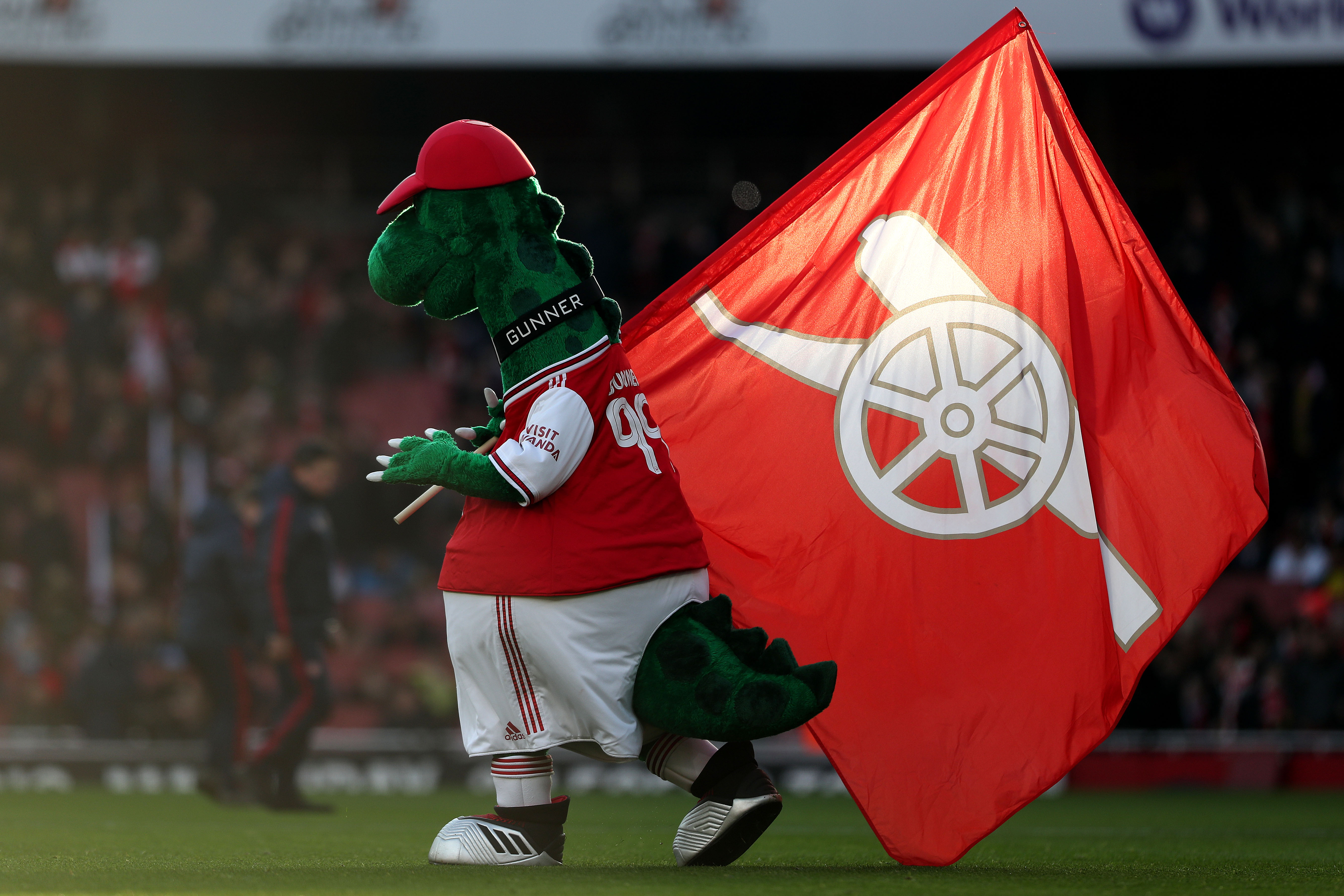 Gunnersaurus has been let go by Arsenal. CREDIT: OFFSIDE

According to The Athletic, Jerry Quy, who has played the mascot since its inception in 1993, has been let go as part of the club's ongoing streamlining measures following the Covid-19 pandemic.

Quy was not part of the 55 redundancies announced in August as his role was classed as a part-time one, but his departure is still part of those money-saving exits.

The decision to axe Gunnersaurus was made as the club deemed the mascot's role no longer necessary, with fans still not allowed back at the Emirates.

A hugely popular and longstanding figure at Arsenal, Quy attended his first match in 1963 and even missed his brother's wedding to attend a home game.