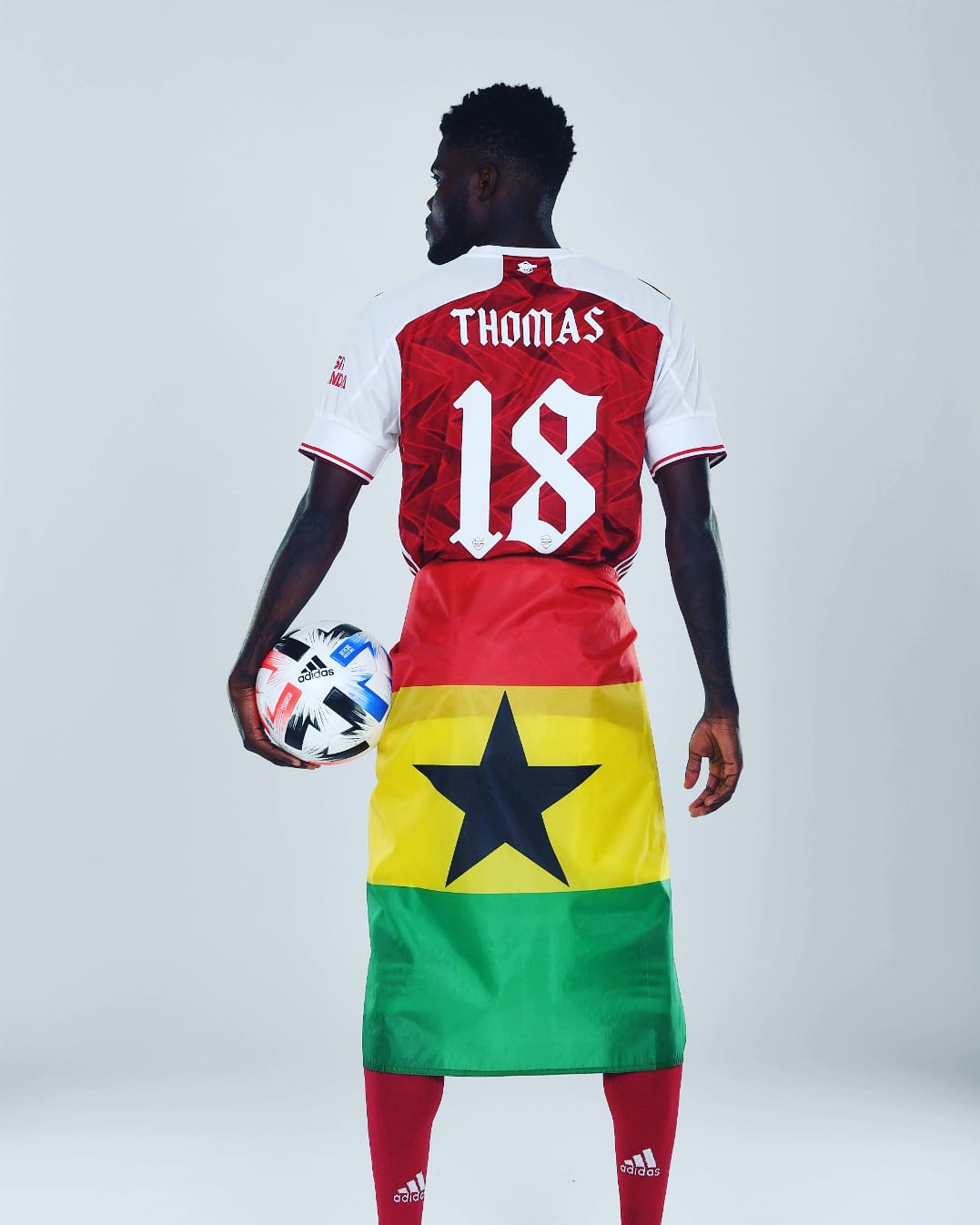 Arsenal and Ghana's Thomas Partey wants to help the Gunners get back to where they belong. PICTURE: Partey in his Arsenal shirt complete with Ghana flag. Buy the Gunners shirt at arsenal.com

Arsenal's new signing Thomas Partey wants to help the north London giants get "back where they belong" and lift the Premier League title.

Ghana midfielder Partey, joined the Gunners in a £45m deal from Atletico Madrid hours before the transfer window closed.

The 27-year-old who had been targeted by Mikel Arteta over the course of the summer window put pen to paper on a long-term deal last week - and has already insisted he wants to make his mark with the Gunners.

While Arsenal have been champions of England 13 times, their last title came in 2003-04, during the Invincibles season.

"Everybody is wanting to win all the trophies that can be won. That’s my goal also," Partey told Arsenal.com.

“It’s something that’s difficult but we're working towards it and we're ready. We have to go all out and try and achieve all I have said.

“That’s the objective of the club and myself. We have to get back to where we belong."