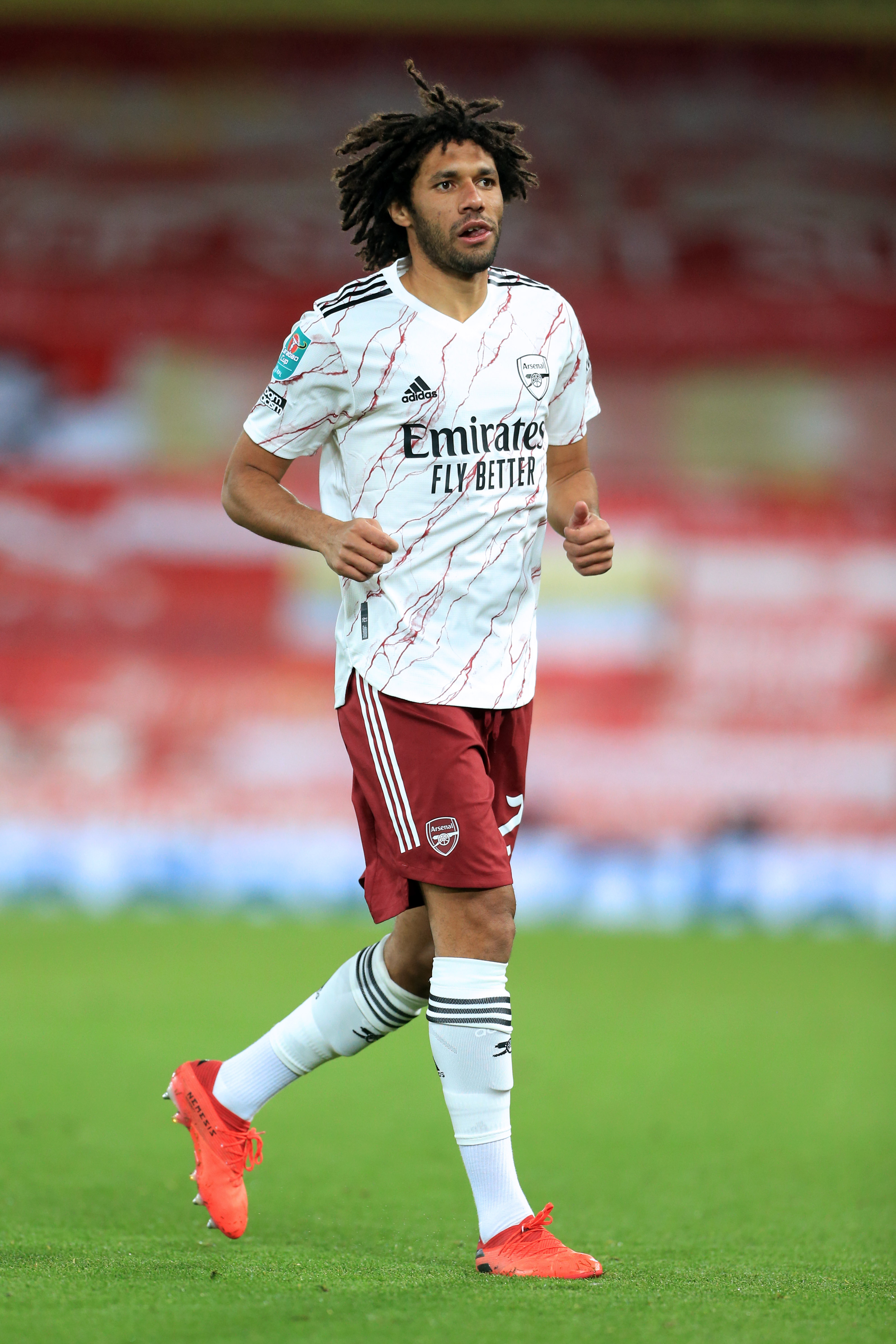 Mo Elneny has impressed everyone at Arsenal

Mohammed Elneny helped Arsenal to a 1-0 victory over Manchester United at Old Trafford on Sunday afternoon.

The midfielder was hugely influential during the Gunners sixth victory over the Red Devils in 35 years.

The Egyptian has showed great character in winning his place back in the side after a spell in Turkey when it looked as if his Arsenal career was coming to an end.

It was the 74th minute of the game, Arsenal were 3-0 up against Europa League opponents Dundalk, Mikel Arteta substituted Granit Xhaka off to save some legs for the all-important match against Manchester United on Sunday and Xhaka, before coming off, handed over the captain's armband to Mohamed Elneny.

While he was one of the more senior players present on the pitch at that moment, yet, it was surprising to see that a player who was not even expected to be at the club as the captain. But that's what Mikel Arteta is trying to instil at Arsenal, you're not judged by your reputation rather your efforts.

Here are three reasons why Elneny has gone from an Arsenal outcast to lynchpin:

Mohamad Elneny has always been seen as a joyful character in the dressing room ever since he signed for Arsenal, he was never seen as a player who was brought in to be a starter rather he was more an able squad player. No player wants to be a backup, however, each successful squad requires quality backups and Elneny was exactly that for Arsenal.

History has shown that agitation can make its way into a player when he doesn't get the game time he wants, however, Elneny has always been a positive influence over the group, irrespective of whether he was playing or not. A quality which managers always prefer.

If there was a player who was tailored made for Mikel Arteta's demands, it has to Mohamed Elneny.

“Players that respect the values we want to implement, that they are 100 per cent committed to our culture, and players that are accountable every day for what we demand from them.

“Players that are ready to help each other, fight for each other and enjoy playing together."

Mikel Arteta's vision for what he wants from his players is laid out adequately in these quotes. Elneny ticks all the boxes, he's a team man, always puts his best foot forward, has bought into the ideas and principles Arteta has brought into the club and is willing to fulfil his demands.

When Unai Emery got hold of the Arsenal squad, Elneny was one of the first few players to be shown the door. The Spaniard made it clear he didn't have a room for Elneny and the Egyptian was shipped off to Turkey.

However, ever since his return under Mikel Arteta, Elneny has been putting in improved performances, which is seen as an efficient combination of the role that Arteta has allotted him and the efforts that he has put in to fulfil the role.

The 28-year-old has mostly been used in a two-man midfield as the holding midfielder. His primary role is to disrupt opposition moves and pass the ball on to one of his more advanced teammates. Mikel Arteta has played to his strengths, Elneny is no Pirlo who can pin crossfield balls at will, however, he's efficient at winning balls and can have an impact with his interceptions and tackles and that's exactly what Arteta has asked of him.

Mohamed Elneny is a player with limited ability, however, he has shown that with constant determination and ample support, you can make it to the top. A true inspiration for the younger players and surely someone who well and truly deserves the armband.