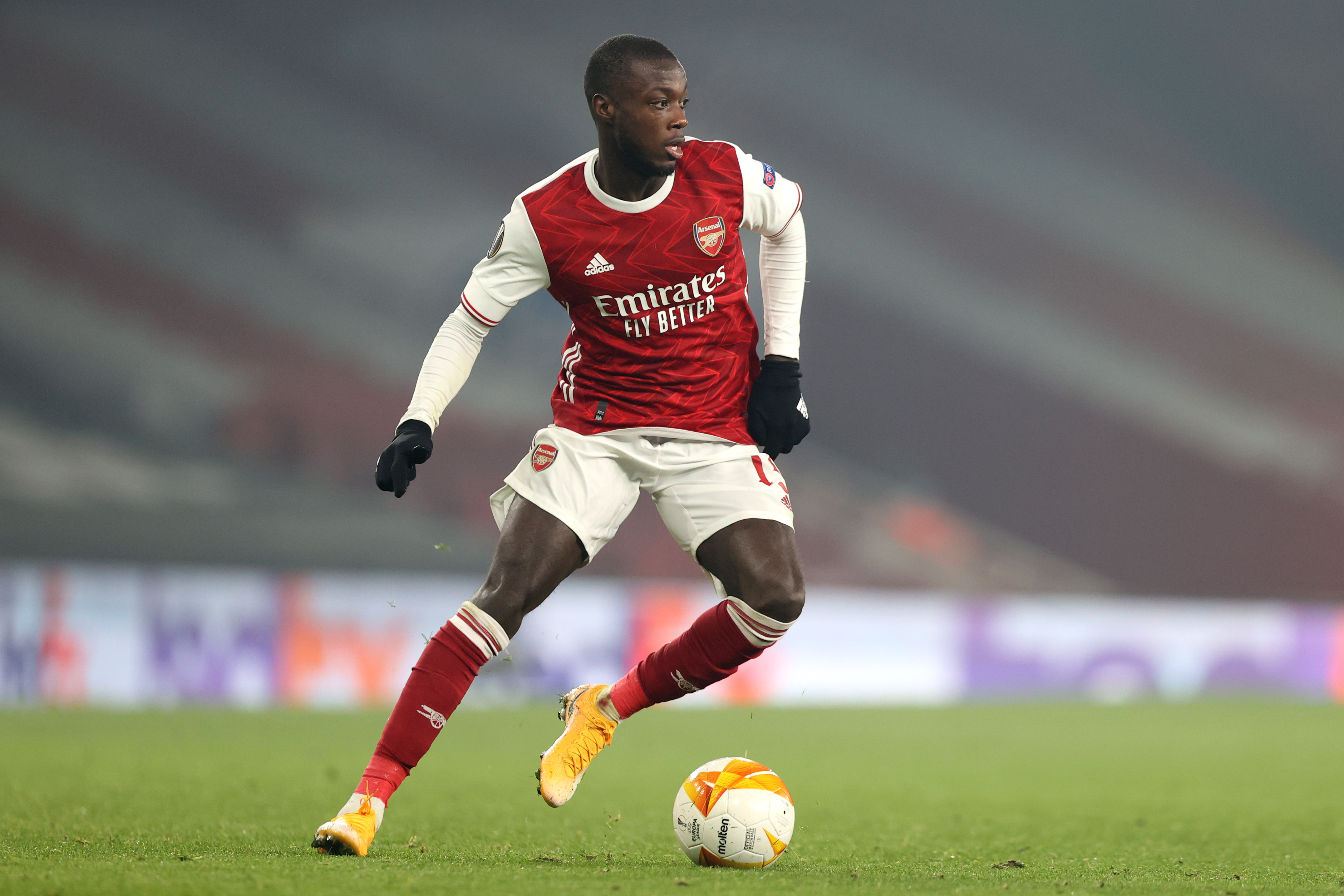 The Ivorian was infuriating yet brilliant, giving the ball away 15 times - more than any other Arsenal player - and making poor decisions before netting a fine goal before setting up Joe Willock late on as he continues to leave supporters scratching their heads.

Consistency has been the problem for the former Lille man, leaving his boss Mikel Arteta demanding more as he craves the winger's excellence on a regular basis.

“Every time he is on the ball in the final third he has to make a difference and do it more and more and more.

“The final product has to be better, not just from him. If we want to become a top, top team and score many more goals it’s something we have to put higher demands on.

“He scored a really good goal against Molde, he got an assist, but he can do more.”

We've seen Pepe at his best, away at West Ham, at home to Manchester United, in the FA Cup final against Chelsea and with fine goals against Brighton last season and Sheffield United this. But we've also seen him at his worst, failing to beat the first man with a cross, making poor decisions in the final third and drifting anonymously through games.

His talent is undoubted, but if he doesn't produce his best on a consistent basis, he will never be more than a bit-part player under the demanding Arteta. A lack of focus and poor choices is just what the Gunners boss doesn't want from his players.

Pepe's mindset holds the key to his success, something his father Celestin is all too aware of.

“My son has a lot of qualities but he still has a lot of work,” he said in a 2018 interview with Onze Mondial.

“He must be more consistent in his game, more serious. He must understand this is not fun, it’s his job.”

Pepe must realise that his game is more about just scoring and assisting. He needs to start doing the simple things better and making the right decisions on a weekly basis, all whilst producing the brilliance he has shown he is capable of.

Unfortunately for the winger, he will always be judged on that £72m price tag.

Pepe has now scored 11 goals for Arsenal, with only Pierre-Emerick Aubameyang (33) and Alexandre Lacazette (15) have netted more. His tally of 12 assists is only bettered by Bukayo Saka's 14, but a player so expensive must deliver week in, week out, something he has been unable to do.

Fail to improve his focus, decision making and consistency, and Pepe risks joining the pantheon of football's all-time great enigmas alongside the likes of Hatem Ben Arfa and Ricardo Quaresma - players capable of brilliance on their day, but whose day doesn't come nearly often enough.

At present, the Ivorian is a YouTube player, one whose flashes of brilliance make for an impressive compilation, while regular viewers are left frustrated with his patchy form.

While Arteta's demanding nature will help him improve, it's down to Pepe to bring about the changes that will make or break his Arsenal career.

The Ivorian has the quality to be a star, but he can without doubt do more and he now needs to answer the calls of his manager. He will only do this by improving the mental aspects of his game.

Pepe has what it takes to be an Arsenal success, but it's down to him to make himself one.