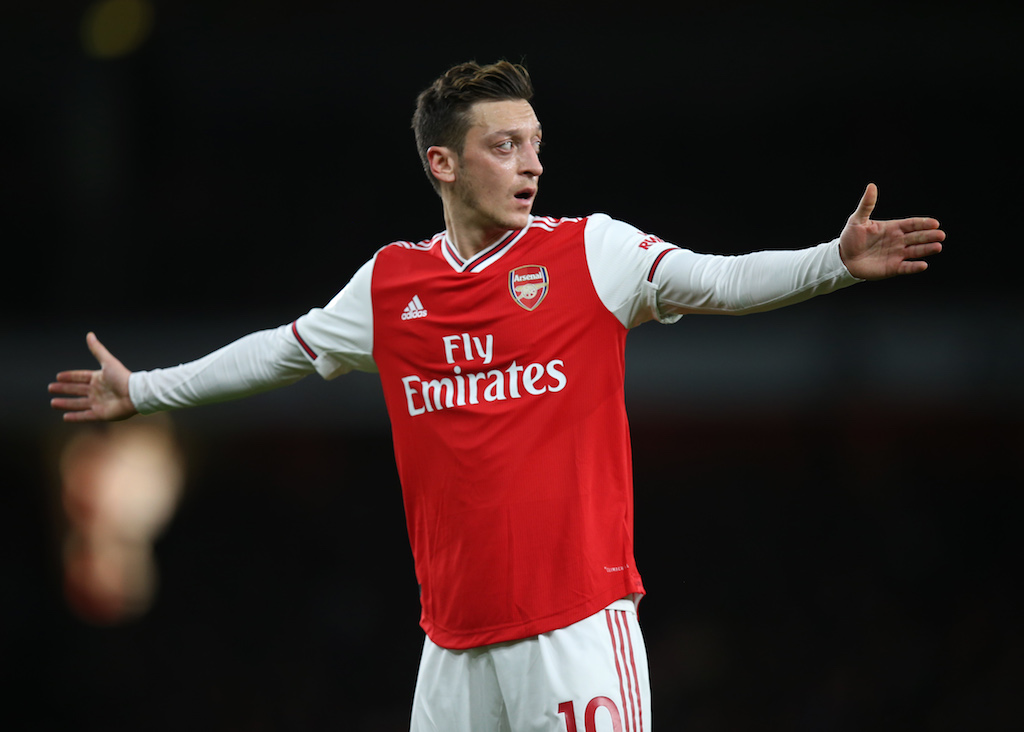 Mesut Ozil is one of the most exciting signings I’ve ever known in my 40+ years - up there with Charlie Nicholas, Dennis Bergkamp and Sol Campbell, writes the Dover Marksman.

You will recall we’d signed him at the end of a summer of deep discontent, with the re-arrival of Mathieu Flamini being about the most eye-catching transfer.

Then suddenly, 'boom', Arsenal spent £42m on one of the stars of the last World Cup, a man who had destroyed England in South Africa, and whose transfer fee enabled Real Madrid to take Tottenham’s best player off them.

Was he the player we needed at that time? Nowhere near.

Was he the NAME we needed at that time? Absolutely.

I watched his debut at Sunderland in a pub in Dover and he’d set up the opening goal after 11 minutes and went on to dominate the game with his passing and running. He was setting up chances for a flying Walcott throughout the game and we knew we had a new hero.

There followed his brilliant first goal against Napoli and then a brace against Norwich that included a header after he’d run the length of the field to get on the end of a superb flowing move. We’d finally got ourselves the replacement for Dennis Bergkamp.

I can pinpoint the very moment where things started to become more complicated, where Ozil suddenly displayed himself as being more than a bit flaky.

He’d been playing Bayern Munich off the pitch and we won a penalty. Ozil took it. It was a woeful penalty and Neuer could have had a cup of tea before throwing his cap down on it. Ozil had been psyched out by his childhood friend and international colleague. He was a passenger for the rest of the game. From then on he rarely produced a consistent spell of quality performances to compare to that first six weeks at the club.

By the end of the season Arsenal had broken the trophy hoodoo that had hung over the new stadium but Ozil had precious little to do with that aside from a return to some form in the quarter-final hammering of Everton in which he scored the opener.

At Wembley against Hull he was nothing more than a passenger who somehow survived 105 minutes before Arsene Wenger finally put us out of his misery.

By that point a significant vocal minority of the match-going support were already frustrated with Ozil.

Alexis Sanchez joined him in the squad before the start of the following season and Ozil reacted very positively at times to having another World Class talent in the side.

They combined on occasion to devastating effect, perhaps never more so than when Walcott joined them in a front three that destroyed Manchester United with their pace, movement and passing in 2015.

Before that Ozil had been a star turn at Wembley in the FA Cup Final against Villa, for me probably his best performance for Arsenal.

He was outstanding and I can still recall one pass he made shortly before half-time from wide on the right, no more than ten yards, but through a gap that seemingly didn’t exist and with perfect weight, so good that it drew an audible gasp from us in the massed ranks behind that goal.

Many rate the following season as his best at Arsenal but, aside from a run of games around Christmas (I remember one in particular at home to Bournemouth) in truth he was as inconsistent as ever. He kept missing away games up north due to “illness” or some “injury” that we were never really told about.

All the while he was disappearing into a statistical hole where all you would read from people defending him was how many passes he’d completed, or how far he’d ran in a game.

Padding stats that meant nothing when the majority of those passes were five yard lay-offs to the nearest Arsenal player, played in quick succession but with no apparent purpose in terms of looking towards goal.

At Wembley in 2017 Ozil added another FA Cup and he did okay in the game, especially late on when Chelsea were stretched.

But he was overshadowed by Mertesacker, Holding, Monreal, Alexis, Ramsey and Welbeck on the day, all of whom put in stunning performances. All the time Arsene Wenger was around Ozil would be bulletproof, however.

Then we come to the nub of the issue, in January 2018. There had clearly been a massive falling-out between Alexis and his teammates.

The reasons were never clear but Alexis certainly seemed to sulk and be visibly frustrated on the pitch, to the detriment of the team. Personally I think it’s because he was a winner and he was fed up with the mediocrity around him.

Both Alexis and Ozil were up for contract renewal at the same time. Arsenal knew they couldn’t lose both and chose to cut ties with Alexis, while offering Ozil money they knew he and his advisors would never turn down.

It was a popular move and most of us, regardless of Ozil’s frustrating tendencies, saw it as positive – he’d been outstanding in the weeks leading up to that contract being signed.

He was never the same player again in an Arsenal shirt

We’ve since had three years of him being a bit-part player on £350k per week. Unai Emery tried to fit him in to the side but couldn’t. Ozil was dropped.

He played in the Europa League final, or at least was on the pitch, but he was replaced by young Joe Willock with 20 minutes to go in what appeared to be a signal from Emery that Ozil’s time was up at Arsenal.

Emery was sacked despite even bringing him back into the side as one final throw of the dice. Ljungberg took over. Ozil was dropped. Arteta came in and brought Ozil back, though the decision to hook him and not Gabriel Martinelli at Chelsea once David Luiz was sent-off perhaps told us something.

Nevertheless he stayed in the side up until the suspension of the season, and even set up the only goal in what turned out to be his final game.

He never played when football resumed and the last we saw of him was sheltering from the hot Sun under an umbrella when unused as a substitute at Southampton.

The club won the FA Cup without him and young Matt Smith took his place on the bench for the remainder of the season.

It’s still not really clear what has gone on in the last 10 months with Mesut Ozil. We know the club didn’t like his public statements about China, a criticism the club made of his admirable stance based purely on commercial interests for Arsenal.

Ozil was right to speak out and is still right to this day with the club having no hesitation in promoting other political causes in order to keep up with the Joneses.

Arteta has said Ozil was left out for “football reasons” but when you’ve been a team who can’t score goals or create chances that seems hollow.

Did it have more to do with his political statements, or maybe his refusal to accept a wage cut along with the rest of the squad?

I believe he’s been treated badly by the club this past year but he’s also in recent weeks gone out of his way via social media to take digs at Arsenal, not the least of which was his public offer to pay the wages of Gunnersaurus, something that was never going to happen and never did.

It’s such a shame that things have gone the way they have with Ozil. He was a player with as much talent as anyone I’ve seen in an Arsenal shirt.

When he wanted to play he was too good for every opponent he faced. We sadly didn’t see anything like enough of it. For me his career as an Arsenal player sits in the disappointing category, despite those three FA Cup winners medals he has.

He should have dominated games, pushed Arsenal to another level. Instead he was an enigma, enabled by Wenger to do pretty much what he wanted, when he wanted. Mesut Ozil should be an all time Arsenal great.

He isn’t and only his cult followers will remember him as a fully fledged legend.

I wish him well but I’m glad to see the back of him and have that £350k a week spent more wisely.