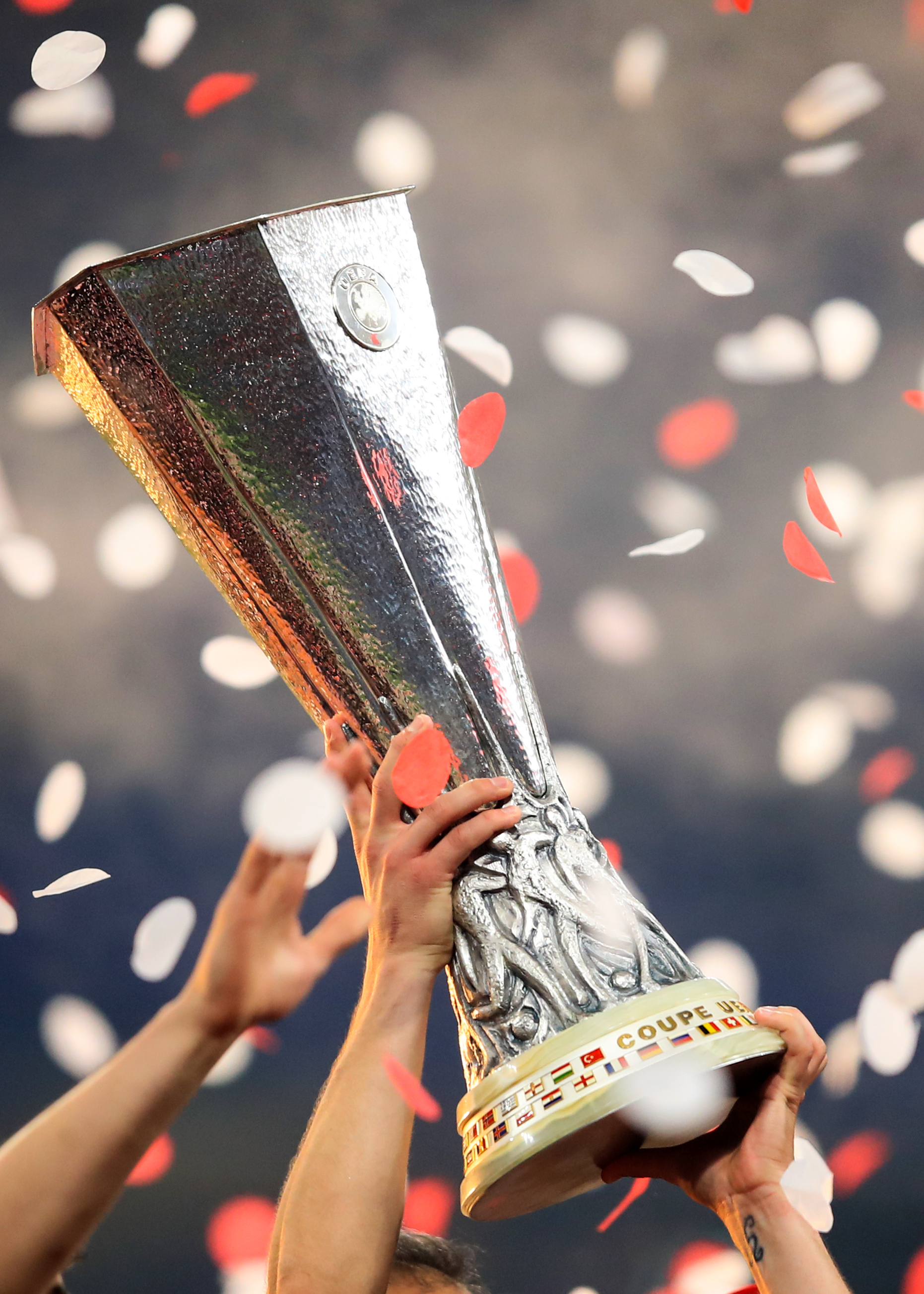 Arsenal progressed in the Europa League after beating Benfica. Read @countryman100's take on a dramatic evening in Athens

Read Countryman100's take on a dramatic evening after Arsenal won through against Benfica in Athens.

It was a crazy day of sport all round. 17 wickets fell in a Test match and I missed every one of them because I was in Zoom meetings.

So, in a game critical to our season,  we settled down to a tea time kick off in Athens only to see us take control, toss it away, toss it away some more, fight back immediately and then, in a moment of exquisite skill, three minutes from the end, win the tie and go through.

Only Arsenal can do this to your cardiovascular system.

For those partial to manicures, only Arsenal can lay waste to all the good work done on those fingernails and leave you with raggedy bits and a taste of nail polish in your mouth.

For those partial to a drink, only Arsenal can take that bottle of the good stuff you were hoping was going to take a fortnight to drink and leave a scant few inches at the end of the game. Only Arsenal.

In this last 32 fixture in the knock out section of the Europa League we at were at home. In Athens. More weirdness. The tie stood at 1-1 after the previous week we had managed to hand Benfica a draw via a penalty kick after dominating the match and missing 107 presentable chances, most of them by our magnificent Captain having a strange off day. The manager picked what, Thomas Partey aside, was pretty much his strongest team. Young legs were hurting; risks were being taken with fitness but needs must. The season was on the line – we had to deliver.

Strategically Benfica went with three at the back with wing backs and a high press. Our team looked like a 4-2-3-1.

We scored three great goals and threw away two sloppy ones. Our first goal, after 20 minutes was a joy. Saka received the ball on the half turn just outside the area and played a superb ball, inch perfect between two defenders, into Auba’s path. Just onside, Auba clinically chipped their keeper. A goal Bergkamp and Henry would have been proud to have combined for. Auba’s back, everyone!

Chances followed at both ends but we were playing well, secure in the knowledge that they needed two because of our away goals. Then cock up number one.

Dani Ceballos was somehow deep on the edge of his own area, between the centre backs. A Benfica player danced at him but, with cover behind, Dani hung out a lazy leg (do they coach that at Colney?), caught the man and conceded a very cheap free kick. Gonçalvez stepped up, produced a fabulous, unsaveable free kick into the top corner. 1-1 at half time (agg 2-2) and anybody’s game.

We had tossed away the advantage at the end of the half, having dominated the game. Wolves all over again!

We began the second half well. Again Auba was laid in, this time by ?degaard, again he finished clinically, but this time the offside call was just against him.

Then cock up number 2. Both centre backs went up for an Arsenal corner, which was rather wasted by a high loopy ball from ?degaard which was caught easily by their keeper. He immediately punted it downfield, John Beck style. Back defending was Dani Ceballos.

With all the time in the world to return the ball forwards, he decided on a back flick to Leno. It was poorly conceived and disastrously executed. The ball just slid off his head to Rafi Silva who had a simple task to round Leno and walk the ball into the net. Suddenly we were behind 2-1 (3-2) and needing to score two more to avoid defeat. Ceballos was immediately hooked for Partey and, somewhat bafflingly, Willian came on for Emile Smith Rowe.

Now my column in the past have contained the suggestion that when Willian comes on, he stinks the place out, slows the game down and is generally useless.

I’d just like to say that this is the result of post submission editing by the blog’s editors and that Willian is a fine fellow (it’s difficult to talk when your tongue is so firmly lodged in your cheek isn’t it?).

Because Willian was – OK. He did a couple of give and go’s on the right and on 68 minutes got to the by line and cut the ball back to Tierney, just inside the box. KT3 beat two men and then absolutely blasted a shot to the far corner with that sweet left foot, surely the most effective left peg since Poldi departed.

Rather than wild celebrations he then politely suggested to his team mates in broad Glaswegian that there was a game to win here and could they pull their bloody fingers out? 2-2 on the night and still over 20 minutes to get that vital third goal.

With 15 minutes to go, Laca came on for Bellerin. Saka dropped into right back, but to be honest he wasn’t doing a lot of backing, but a lot of winging. Benfica at this point dropped back into their low block, six at the back and looked to hold onto what they had. It almost worked. Pass, pass, pass. Tackle, tackle, tackle.

Then, with just three minutes to go, and the level in the bottle dropping alarmingly, Saka picked up the ball on the right side of the penalty area. He made one of his trademark runs across the area and then with his left foot produced the most perfect cross in front of the defenders to the back post where Auba had ghosted in. He buried it. There was an agonising moment while VAR offside was checked (it was close) but the goal was given and somehow, somehow, we were in front 4-3 on aggregate.

There was time to bring on Calum Chambers and Elneny for a gallop, four minutes of extra time and for Benfica to hit the post (albeit from a clearly offside position) but we had plucked defeat from the jaws of victory and then decided that no, we’d quite like to win, please.

An agonising match for fans to watch on TV. But the catharsis of that final goal will live long in the memories.

Let’s start with the positives.

We’ve been saying this here for two years now, but in Saka we have a true generational gem. He is elite level and has come of age. He makes major contributions in virtually every game he plays and he plays all over the park.

We must look after him and not overplay him, but boy am I glad Arteta picked him last night.

Auba had a great game. He made fantastic runs, and clinically finished virtually everything presented to him, bar the odd offside flag. Kieran Tierney is a true leader amongst men.

He surely is an Arsenal captain and legend in the making, continuing our great tradition of left backs all the way back to Bob McNab and beyond.

So what didn’t go so well? We were very slow moving the ball forward against an organised Benfica team.

That mainly came from the midfield, Xhaka and Ceballos. We need Partey to go on a run of fitness and games and to link defence and attack.

This could also come from the centre backs and Gabriel had a poor game I thought, never really looking in control.

Dani Ceballos had a game he will wake up screaming in the night about in his dotage. To be fair he was man enough to immediately apologise to everyone on social media afterwards. These inconsistencies are why we are where we are in the table and almost lost last night.

Over the two legs we gave a pretty ordinary Benfica team a penalty, a sloppy free kick that led to a goal and a world class snafu that almost lost us the game.

After the game Arteta gave a press conference as usual. You can see the whole transcript on Arsenal.com. But I wanted to pick out this quote about Willian.

With Willian especially, I think he changed the game, he gave us much more composure, much more creativity, he produced a goal for Tierney.

Now I wish to make it clear that I am a 100% supporter of Arteta who is moving us in the right direction and developing a really good team.

But there are only two possible explanations for that quote. The first is that he wanted to big up a player who has had a very tough season and recently suffered social media attacks from so called “fans”. In which case, it’s a bit cringey, but fair enough.

Willian did OK, but no more. Far from “producing a goal for Tierney” which makes it sound like a killer ball followed by a tap in, 98% of the credit for the goal goes to KT3 for beating two men and then hitting a low accurate piledriver of a shot into the corner.

At the time of writing the draw for the next round has not been made – no doubt the opponents will be posted in the drinks. So, can we win this thing? Who knows? This is a team who can beat anyone and can lose to anyone. Still – keeps life interesting anyway!

This article first appeared in Goonerholics Forever, a site dedicated to the much-loved and much-missed Dave Faber.