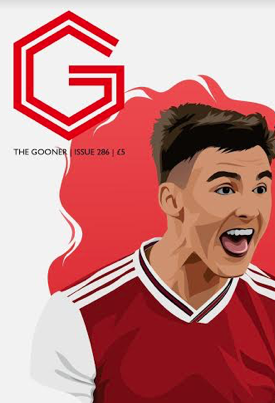 On a grand scale history, it is said, is written by the winners.

While in football a winning manager can certainly spin a post-match press conference into a narrative to suit.

Referring to Benfica’s low block our boss had this to say:

“You need people to unlock that, with special qualities in tight spaces to create movement and I think Willi was really helpful tonight.”

Who’d have thought that at any point this season we’d hear that kind of praise heaped upon Chelsea’s summer cast off. But when you’re the winning manager, and tactically right, you can say what you like.

Last night we also got a glimpse of the kind of meltdown we might see when the tide swings in the favour of those that want Mikel Arteta removed from his role as Arsenal manager, and they become the majority.

From the screaming maniacs to the balanced pragmatists there was a certain feeling in the 25 minutes where we were staring at a Europa League exit that the Spaniard’s job was seriously under threat.

Thankfully we didn’t get to find out what that looked like played in the aftermath of the match rather than when the action was still going on.

Doing things the easy way left us around the same time the quality in the squad diminished, about a decade ago. Despite having only a handful of clear-cut chances across the two legs it was the quality of our finishing that saw us through, on a night where we were nearly the architects of our downfall. It’s hard to recall many Benfica chances that weren’t entirely avoidable, including both goals they scored in this ‘home leg’.

While Dani Ceballos was at fault for both goals, he certainly had our set up to blame for the first of those. Just ten minutes before he gave away the 43rd minute free-kick, a fierce debate raged among our players as to how deep our two central midfielders were playing. If you watch the game back note a real earful from Tierney to Xhaka.

Arteta’s tactics to get those distances down actually led to Ceballos and Xhaka regularly playing on the toes of our defenders, something that was apparent when Ceballos had to go charging forward to engage another opposition attack. He travelled so far (and fast) towards the ball a foul was inevitable.

The Benfica leveller on half-time was such a good strike that it was hard to find any fault in Bernd Leno’s attempt to keep it out. It made for a nervy interval. Another Ceballos mistake, this time a more obvious one on the hour mark, coupled with the away goals rule made it an incredibly steep task.

The Gunners showed amazing character, especially some of the younger players in the squad and it was left to Kieran Tierney to get us back on track.

Before Auba completed his brace and relieved faces were shown celebrating a home win 1500 miles away from the Emirates.

We’ve seen that this competition is our main priority this season and our best route in to the Champions League for the next campaign.

Following the draw for the ‘last 16’ we were assigned around a 12% chance of lifting the trophy by the bookmakers.

We can shift that to one side as we play for pride and a top-half finish in the league table on Sunday against a Leicester side who suffered an exit with no dramatic inquests on the same night. Chiefly because their priority was chosen as the league and the FA Cup where they’re still fighting for honours.

You’d anticipate a slightly under-strength Arsenal side if we want to avoid fatigue for our overworked younger stars, the ones who are keeping the season alive, just!