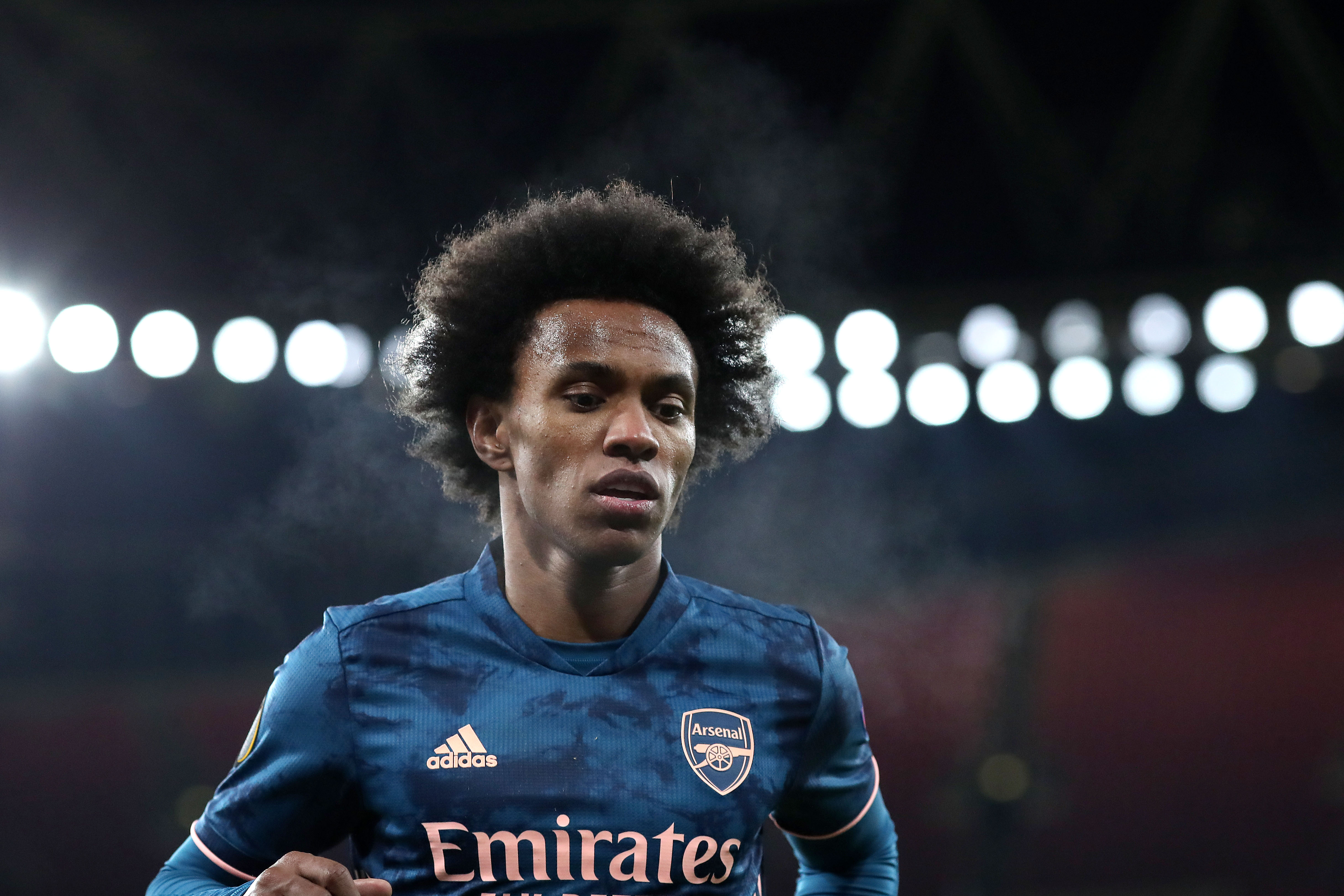 Arsenal are approaching a crucial point in the season and are hoping to be boosted by the return to form of Willian.

Mathematically it is still a possibility the Gunners could challenge for a European spot - and the inconsistency of the teams above them may pave an opening for that to happen, especially as they are still to face five of the teams currently above them in the league.

As well as this, they still have a chance of silverware this season, with a Europa League Round of 16 tie against Olympiakos to look forward to this week, which of course offers another route to Champions League football for next season.

Despite the frustrating draw against Burnley, notable, once again, for a high profile error that costs the Gunners points, Willian's contribution in the build-up to Pierre-Emerick Aubemeyang's early goal, ensured his fifth assist of a challenging season.

The players in recent games have looked a lot sharper and focused, with Willian most notably starting to find his feet again after a difficult start in North London, as witnessed by provided two assists against the Foxes two weekends ago.

Since his debut in September, when he pulled off an almost perfect introduction with a hat trick of assists, the Brazilian hasn’t looked the same player and has faced heavy criticism from Arsenal fans and pundits alike.

However, over the last few weeks, Willian has shown signs of the player we were so used to seeing in the west of London at Chelsea.

This included getting the assist for Kierney Tierney’s goal against Benfica, which set the Gunners on their way to make a dramatic comeback, as well as his cameo in the East Midlands at the King Power during an impressive victory by Mikel Arteta's side.

Some may ask why it has taken him five months to start playing so well, but there of course a number of factors which have allowed him to rediscover his old self again.

Here are three reasons why Willian has found form.

When Willian was signed, many fans didn’t understand why Mikel Arteta was so concerned with signing another right winger when the team had Nicholas Pepe at their disposal.

Willian of course had experience playing across the attacking midfield line, including playing some of his best football while taking up a more central position.

Arteta though choose to play Willian on the right, over Pepe, for a large part of this season, with the Ivory Coast International struggling himself for consistency finding starting positions hard to come by and especially being set back by the sending off at Leeds back in November.

Willian has looked isolated playing from the right at times being unable to cut inside with purpose, struggling to create the quick linkups we are so used to seeing from him.

Another thing which limited Willian and has done so for Pepe as well was in fact one of there own team mates, in Hector Bellerin.

Bellerin likes to come inside when attacking rather than overlapping, which often means the player playing on the right has limited space to operate if they want to cut inside, often being forced out wide with limited room to create anything.

Willian is 32 now and so naturally has lost a yard of pace, meaning he is best when he can progress play through the middle and if that space is occupied, there is very little he can do.

Since the turn of the year Pepe and the reliable Bukayo Saka have been the preferred wide players, but last Thursday a fresh face was needed to boost Arsenal’s attack in the search for a comeback, with Willian slotting in on the left, which is exactly the starting position he took up against Leicester.

It could be argued that Arsenal have been strongest on their left side this season, with Kieran Tierney the main man behind this. Tierney likes to go high up the pitch, which allows Willian to come further inside, dragging players across with him, allowing space for Tierney to run at, but also providing Willian the chance to be less isolated and allow him to create his linkups through the channels.

It would seem the personnel playing with him is very much key to Willian’s success in terms of how they like the play and having a player like Tierney to support him may be the answer to unlocking his potential, but with Pepe hitting form also and Saka returning to the team, it may open the chance for him to play more centrally and so allowing him to be more productive.

2) Coming deeper for the ball

Not having to stay so wide has also meant Willian isn’t restricted to staying so high up the pitch, as well as having Emile Smith-Rowe or Martin Ødegaard who can occupy the advanced positions.

This system has benefited Willian and the way he likes to play, as he is allowed to drop deeper to come and collect the ball as the first line in the transition to attack.

As mentioned, despite his dribbling being a key aspect during his time at Chelsea, it was his link up play with those around him which defined his play.

On Sunday, we saw glimpses of this from the two-time Premier League winner, often seeing him as the focal point for a lot of Arsenal’s attacks.

Should Arteta choose to keep Willian in the side, he will have to keep a similar system in order to get the best out of him, rather than trying to make him play in a way which he isn’t used to and can’t really offer much threat from, almost giving him that free roam to drift across the pitch in a variety of positions.

Simply put, Arteta has selection headaches at the moment in his attack. Pepe has been hitting his best, Saka has been consistent throughout, Smith-Rowe has been versatile, Aubameyang is finding the net again and Ødegaard has slotted right in.

For Willian that has meant the game against Leicester has been his only start in the league in 2021 and many will argue that Arteta’s hand was forced in the sense others needed rest after the intense encounter in Athens a less than three days before.

In his defence, Willian did suffer an injury at the backend of last year and so has been working his fitness back up, but I’m sure watching on he has noticed how good the players in his position have been performing.

Taking note of this Willian will realise it won’t be so easy to get a start or even minutes in this Arsenal team, which he found a lot easier to come by at the start of the season when Arteta trusted experience over youth.

More competition naturally tends to improve players and Willian’s form could come a lot down to this need to step up and overall, this can enhance both his own and Arsenal’s form in the coming weeks.

While at Chelsea, he was an unbelievable player to watch and, on his day, could be unstoppable.

If he can rediscover that level of form now in red and white, it could provide the Gunners and Willian himself, the chance to end the season on a high after quite a difficult start.

With a potentially-season defining week ahead with Olympiacos and bitter rivals Spurs, let's hope so.