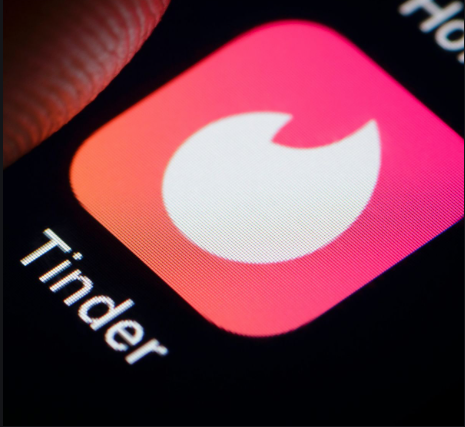 Being an Arsenal fan brings you the most luck on dating apps - with Gooners having a 95% swipe success rate, a survey has revealed.

Many football lovers take supporting their favourite team to the next level, with some even going as far as showing their support on dating apps!

From posing in their team's jersey to even mentioning them in their bio, the support is serious. But could their choice of team and its reputation hinder their chances of getting a match?

Following  an extensive Tinder experiment, analysts at compare.bet can now reveal which Premier League team scores fans the best chance of a date and ranks as most attractive.

Prior to the study, Compare.bet uploaded a generic profile of our subject, who is male wearing casual clothing, and he received 170 matches out of a potential 250. So how does a football jersey affect the chances of a match?

They don’t call themselves the gunners for nothing! Shooting into first place are Arsenal fans with an impressive 238 matches out of 250, showing just how much more interest your favourite football team can bring you, especially if you’re an Arsenal fan.

The Liverpool and Manchester United rivalry continues, with Liverpool receiving 233 matches and United in third with 226 matches

Newcastle United (165), Aston Villa (163) and Southampton (161) fans are better off keeping these resultsto themselves as they rank as the least attractive fans on Tinder

Coming in second behind Arsenal, Liverpool supporters scored 233 matches out of a potential 250. That’s 63 more than the profile with no fan loyalty, proving that their team’s success is likely to bring them some dating success too.

Manchester United ranks in third place with 226 matches out of 250 matches. Liverpool and Manchester United’s rivalry has often been referred to as the biggest in English football, but there is no debating which team comes on top with United fans receiving seven less swipes overall.

The Teams Completing The Top 10:

Which Supporters Are Considered the Least Attractive?

Known for their rivalry with Arsenal and having some of the toughest fans, Tottenham Hotspur fall into 11thplace. The Spurs profile only received 191 matches in comparison - 42 less than winners Arsenal, but still above the profile with no loyalty.

Fulham fans are known for being quieter, which may be why they missed out on a top 10 spot and landed in 12thwith 188 matches. Sheffield followed close behind with five less right swipes at 183.

Fans of West Ham United are among the least attractive with only 168 matches out of 250. Scoring less than the average tinder profile, fans of this team are better off keeping their loyalties to themselves. West Ham fans have often been described as one of the rowdiest, and they’re among the many teams that have inspired many films about football hooliganism. These views and representations seem to have stuck with potential dates.

Newcastle United fans aren’t in much luck either with only 165 matches out of 250, they find themselves in the bottom three. With five less matches than the profile without a football jersey it’s clear to see that supporting this team can hinder your potential number of matches.

Aston Villa fans hold the reputation of being the most outspoken fans in the UK which could be why they only received 163 matches out of 250 making them one of the most unattractive football fanbases. Receiving two less swipes than their rivals Newcastle United, it seems that they finish behind them on and off the pitch.

If you support Southampton,you are better off keeping that affiliation to yourself. With only 161 matches out of 250 their support leads to less matches than the average Tinder profile and the least of all the current premier league teams.