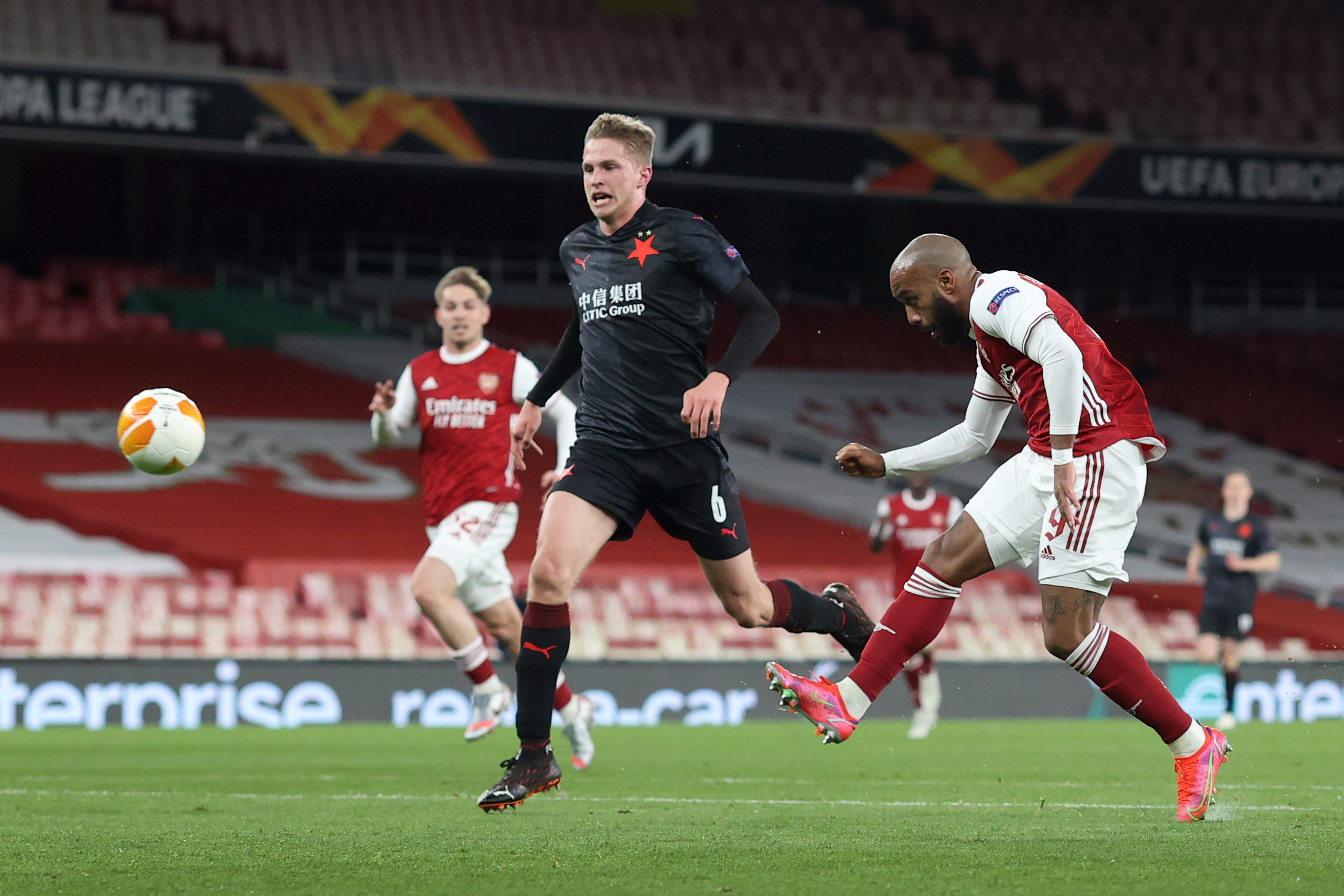 They say there are several types of physical pain which dissipate from the memory as soon as they ease. So too are many football memories. The pain of last Thursday night against Slavia when we displayed all of our frailties in a compact highlights reel of our season brought anger and frustration. It brought disbelief, not at the result, but at our seeming inability to alter it. In an underwhelming season, with our focus on Europe, there was a balloon of expectation that was burst in our faces.

Fortune had smiled on us at the Europa League draw with a path to the final in Gdansk devoid of any sneaky meeting with Manchester United or Ajax or Roma. For us to blink when the gift horse looked us in the eye was another disappointment, another reason for us to doubt our players, our managers and our club’s immediate future. Although there are many of us who remember times worse than these at Arsenal, at least back then there was a hope of a turnaround and not the slippage we have witnessed in all standards of our club in recent years, on and off the pitch.

Now seasons of underperformance that we believe cannot be repeated, are being repeated. In the last of those Wenger years I wondered if we would concede as many goals again, yet we did. Every shameful record has been shattered, worst this, lowest that. When we managed to belatedly extricate ourselves from expensive and draining deals, we walked straight into others. There is nothing left to surprise us about how wrong we can get things.

So because of expectation, we hurt on Thursday night and most of Friday. Even the thought of it ached the brain. But still we go back because it is a part of our souls,  our collective identity.

There are so many emotions bound up in memories of those red and white shirts, even now as we near the 50th anniversary of Charlie on his back on a baking Wembley pitch. We go to that place in our minds where we see Sunderland wheeling away with Gary Bailey on the ground, of the Vieira goal against Leicester at the end of that unforgettable season; Of a roaring Emirates on nights like the Barca win, the Chelsea wins.

There are some pains that never go away; Paris 2006; Birmingham in 2011, the changes that came after that Eduardo injury when something was left on that pitch and which never returned.

Yet, last Thursday night was a new low. Slavia are not a bad side, they have dumped out Leicester who are a superior side to us this year, but they represent a path to a semi-final, a slim but possible opportunity to have Champions League football within the grasp of a handful of victories. This may not happen to us for years again.

And so the open wounds of Thursday night heal up; the league game with Sheffield United an unwanted distraction, a dead rubber in a campaign that was shot as soon as we lost at Wolves and Villa a mere eight or nine weeks ago. A game where we could not afford any more injuries.

I am confident we will win this Thursday night

If we produce a high intensity performance that targets Slavia’s high line, we can create a similar number of chances and this time we need to take them. If we field a team that can create a pace that is hard for them to suppress.

We cannot have any slow walkers on our wings or in the box. We cannot retreat into a shell when we score, we can’t be faffing about in our own half, doing things like the Cedric pass to Gabriel or the Partey needless concession of a corner in the NLD. Changing that mentality will not happen in a few days, but we need to take the initiative in Prague and maintain it.

We need to know how to manage the game when we lead, to use our newfound penchant for playing from the back at a time when it can really hurt a high-pressing chasing team chasing a goal. In recent times, when we have got into winning positions, we have turned into a nervy Stoke.

To go out in successive seasons against teams with a small fraction of our resources would be galling and would amount to wider problems with the mentality of the players at a time when our faith in how the club is being run is at a low anyway.

The loss of Tierney, Luiz and Odegaard has come at a terrible time, but we have a squad capable of scoring and not losing in Prague. If three chances had been taken on Thursday, we would not have been having this discussion. If we right those wrongs this week, everything changes.

Like the Wigan game in 2014 at Wembley, so much depends on this game in Prague.

If we go out on Thursday, even Arteta backers will raise eyes at the regular selection of Willian, the exclusion of Martinelli, the continued deployment of Ceballos to close out games when he has been pitifully short of the glimpses we saw last season, the poor use of substitutes in a competition that permits five.

The selection on Thursday last allowed the game to be slowed down which suited Slavia, allowed them to settle…and yet, we should still have won.

We know a lot about this Arsenal squad, but by 10pm on Thursday, we will know so much more.

Win and we progress with hope and add to our European coefficient which might some day be used to define the European SuperLeague.

This is our cup final, for now.