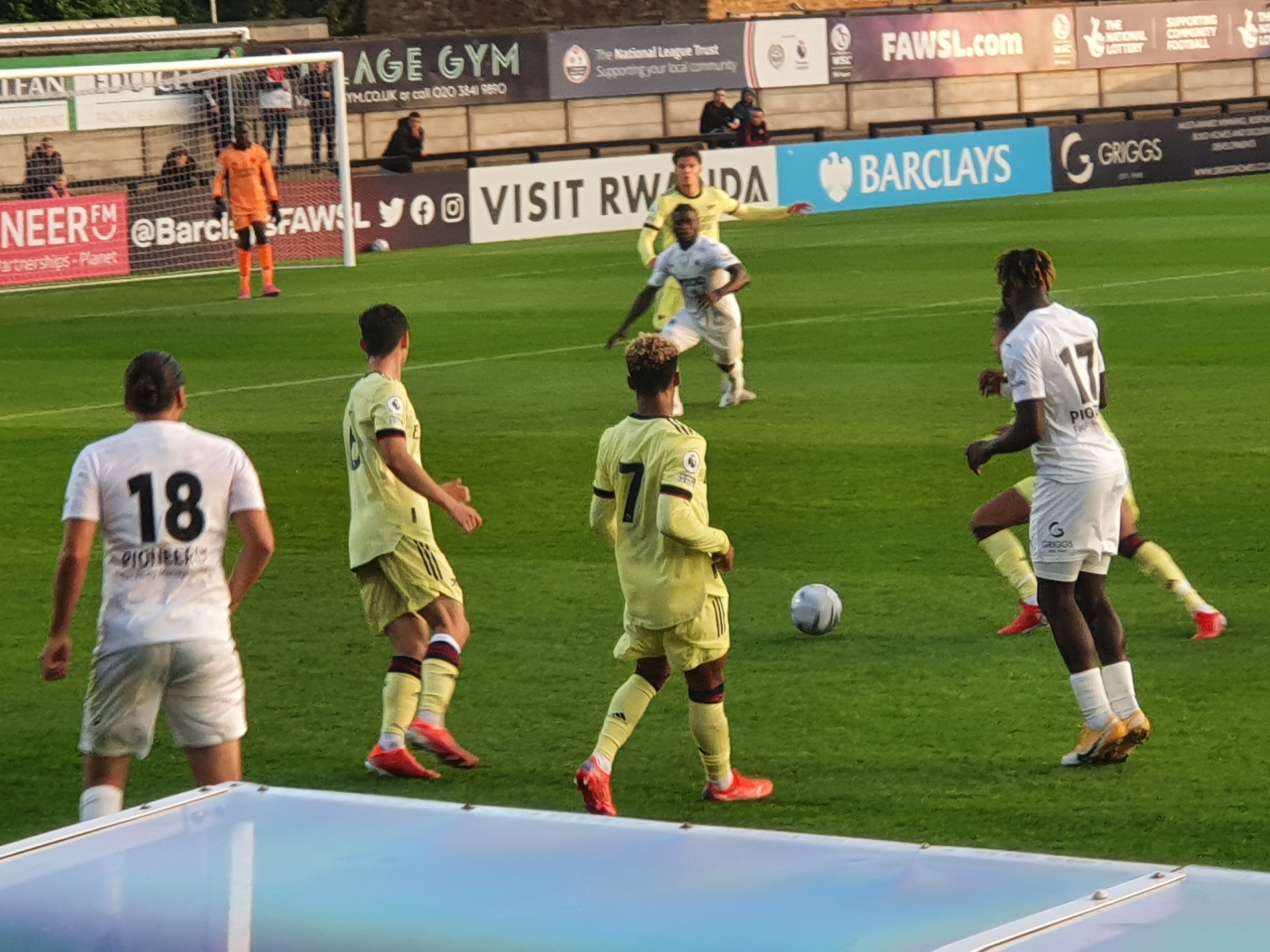 Goals from Tyrone Marsh, Gus Mafuta and a brace by the lively Kabongo Tshimanga including a penalty sealed an emphatic victory for the home side over a young Gunners team in front of 963 supporters at Meadow Park on Friday evening.

1 Ovie Ejeheri: 6 - His handling needs work, even if the greasy conditions following a first half downpour did him no favours. Wil be better for the experience. Subbed midway through the second half at 2-0

4 Alex Kirk: 7 - The defender from Hitchin offers a solid presence and showed an alertness to clear off the line in the first half. Never hid when attempting to play out from the back, but equally not afraid to clear his lines when required

5 Omar Rekik: 6.5 - Tested in the air and on the deck. As part of the backline could he have been tighter on goalscorer Tyrone Marsh?

6 Charlie Patino: 7.5 - Always so elegant. Great technical ability and vision allied with an excellent temperament but also has a tenacity that marks out great players. A genuine prospect. And a Gooner Fanzine subscriber to boot.

7 Omari Hutchinson: 7 - A skilful threat who looked dangerous all night, especially when cutting inside from the right channel or when delivering crosses into the box during the half he appeared

8 Miguel Azeez: 7 - Not as influential as he would have liked to have been given his stellar talents but a good 45 run-out nonetheless.

9 Nathan Butler-Oyedeji: 7 - Worked hard against a battle-hardened non—league backline. Another who will benefit from the experience

10 Ben Cottrell: 7.5 - A real livewire offensively but not also afraid to offer defensive solidity when required.

11 Kido Taylor-Hart: 7 - Good to see him make progress. Two years ago this week he played for the U18s at Top Field against Hitchin Town. Now making his way through the ranks after being awarded with his first pro deal last month

12 Zane Monlouis: 6: - WIll be better for the experience

13 Hubert Graczyk: 6 – His first touch was to pick the ball out of the net after replacing Ejeheri midway through the second half

15 Brooke Norton-Cuffy: 6.5 - Tested Wood keeper Nathan Ashmore with a low drive soon after coming on after the break

17 Jack Henry Francis: 6 - Showed an eagerness to get involved in the fray after coming on midway through the second half but has to resist public shows of frustration

19 Marcelo Flores: 6 - Fired off a shot after coming on

An Arsenal U18 side will travael to Top Field to take on Hitchin Town in a friendly on Saturday morning. Learn more here