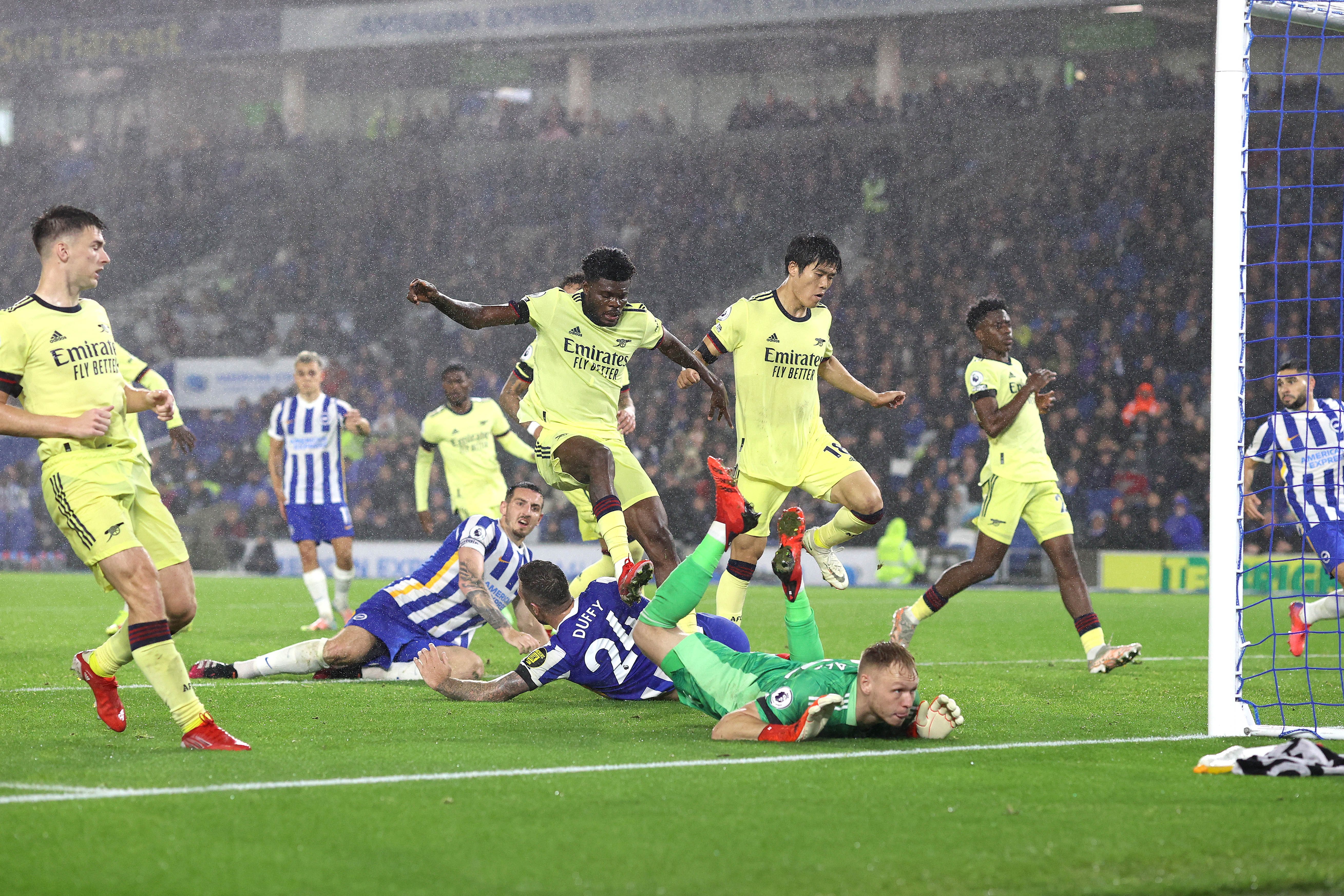 Arsenal drew 0-0 with Brighton at the Amex on a wet and windy afternoon.

The Gunners best chance was when a subdued Pierre-Emerick Aubameyang headed agains the woodwork.

Despite filthy conditions, keeper Aaron Ramsdale once again shone for the North Londoners.

Read on for the Gooner Fanzine's Player Ratings:

Ramsdale: 8/10 - Confident and assured. A much-needed vocal presence throughout a match notable for torrential rain which tested the keeper - who came through with flying colours. Not least when he kept out the lively Marc Cucurella late on

Tomiyasu: 7/10 - A testing afternoon, but one in which Arsenal's new signing will have learned a considerable amount about the rich fabric of english football

White: 7/10 - Sadly booed by a smattering of home fans on his return to the south coast. Wouldn't have bothered him in the slightest as he continues to buiold his careerin North London

Gabriel: 7.5/10 - May have lost his tooth but never gave up a goal as the Gunners impressive'y physical centre-half battled throughout. Also heartening to see his partnership with White flourish in difficult playing conditions

Tierney: 7/10 - Every team needs a Tierney, even more so in freezing, torrrential rain

Partey: 6/10 - A talented midfielder who was off the pace considerably. Not one of his better games but will be better for the experience. Booked at 90mins

Sambi Lokonga: 7/10 - Growing into his role even if he wasn't as influential as he would have liked against a dominant Brighton side

Ødegaard: 5/10 - Anonymous. But then this wasn't his type of game (Substituted for Pépé on 63'minutes)

Smith Rowe: 6.5/10 - Could have done better when powering into the box late on but gave his all as ever. Should have been called up by Gareth Southgate

Aubameyang: 5/10 - A disappointing afternoon for the Arsenal captain. Hit the woodwork but appeared subdued with a distinct lack of movement off the ball (Substituted for Lacazette on 72 minutes)

Arsenal's loyal and vociferous travelling support who cared not a jot they were soaked to the bone on their jolly to Brighton: 10/10