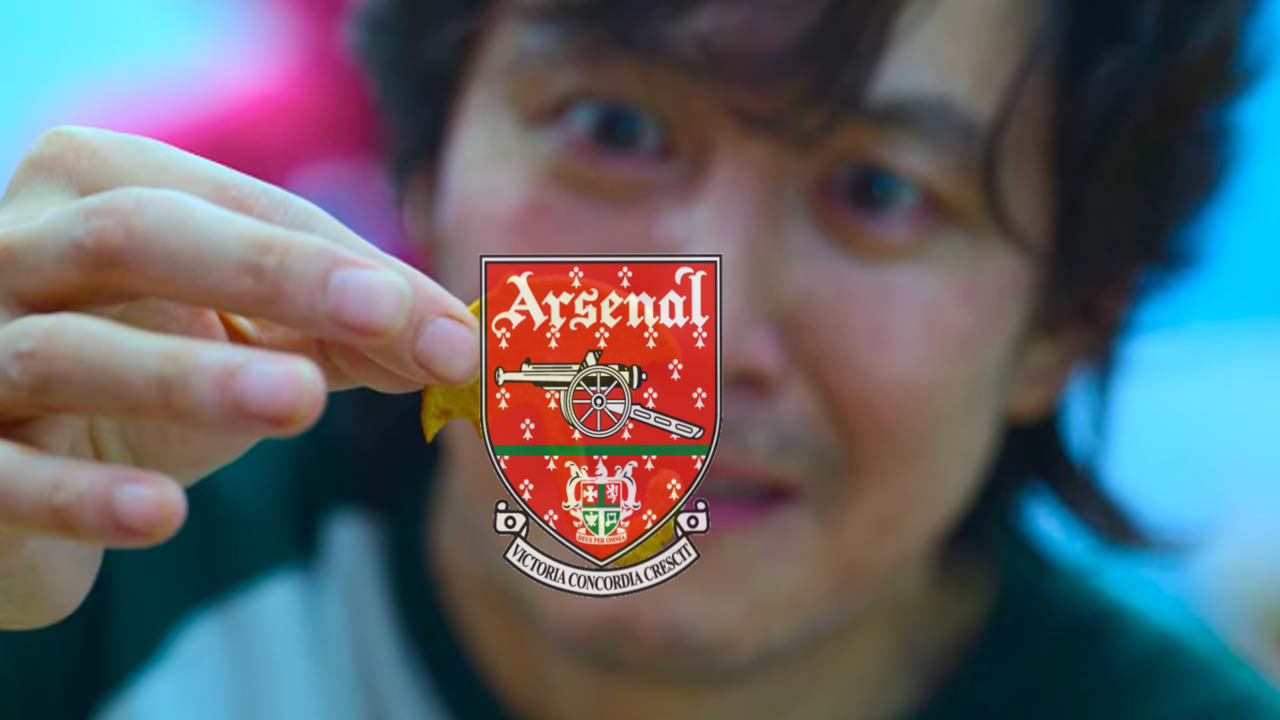 Roll up my Gooners. it’s time to play Kid Game.

Haven’t you heard of it? It’s the Arsenal version of that Netflix’s dystopian Korean hit series Squid Game.

Every week you re-enact a simple pastime from your childhood... in this case following the ups and downs of a north London football club called Arsenal. But now you are in Kid Game it’s all much darker.

If we lose you die. Actually, in Kid Game, if we draw, you die too.

Not a real death -- oh no, it’s much worse than that. Players of Kid Game who don’t watch their step… could end up being RATIOED.

Arteta’s exciting but young and raw Arsenal side just failed to pick up all 3 points. On this occasion in an un-scintillating display of not-very-attacking football against a well drilled Brighton side, in the pissing rain.

And so the usual suspects on Arsenal related social media are having another meltdown and trying to drag everyone else into their adolescent pit of digital rage and despair. They know all about Xg and are good at everything except the things they can’t do.

Welcome to Kid Game, players. These are the rules:

When Arsenal win become ecstatic: we ARE by far the greatest team the world has ever seen. No, we really are! We are so clear of your dead club. Even peak Messi would like to join us. Take that massive dub uno!

When we lose it’s a complete existential catastrophe.

Short of committing mass suicide - or even worse, breaking your smart phone - the answer is obvious: we need to sack the fraud-clown-terrorist manager Farteta, deport Granit Xhaka and burn down his ancestral village, torment Edu’s teenaged daughter on Instagram, buy “Player X” for about 190 million of your English pounds -- and bring back William Saliba and Matteo Guendouzi.

Players of Kid Game must always, always remember to bring back Saliba and Guendouzi if they are to stand any chance of survival in this ruthless arena. This dynamic duo will undoubtedly get us “back where we belong” and could, given half the chance, simultaneously fix the mutually exclusive problems of the fuel supply crisis and global warming — but Fraud-teta would clearly rather you drive around on fumes looking for a few litres of unleaded, while the planet burns.

Once the Arsenal match starts — usually watched on series of illegal Twitter streams — Kid Gamers have 24 hours of online action to poison the atmosphere around our club, depress actual supporters and get one of their tweets featured in a Sun online article entitled “Arsenal Fans Meltdown Again.”

In Kid Game it is very important to insult match going supporters as “mediocrity lovers” whose decision to follow their team up and down the country, backing The Arsenal rain or shine, is THE REASON we haven’t yet won the UCL, uno. This fanbase is so dead etc etc.

You get extra Kid Game points if you’ve never, ever seen a live Arsenal match, are still proudly counting your pubic hair or your avi is Mesut Ozil in a Fenerbace kit.

Kid Game ends when you have successfully ruined the vibe around a club you profess to support for another week, or when your mum makes you go to bed.