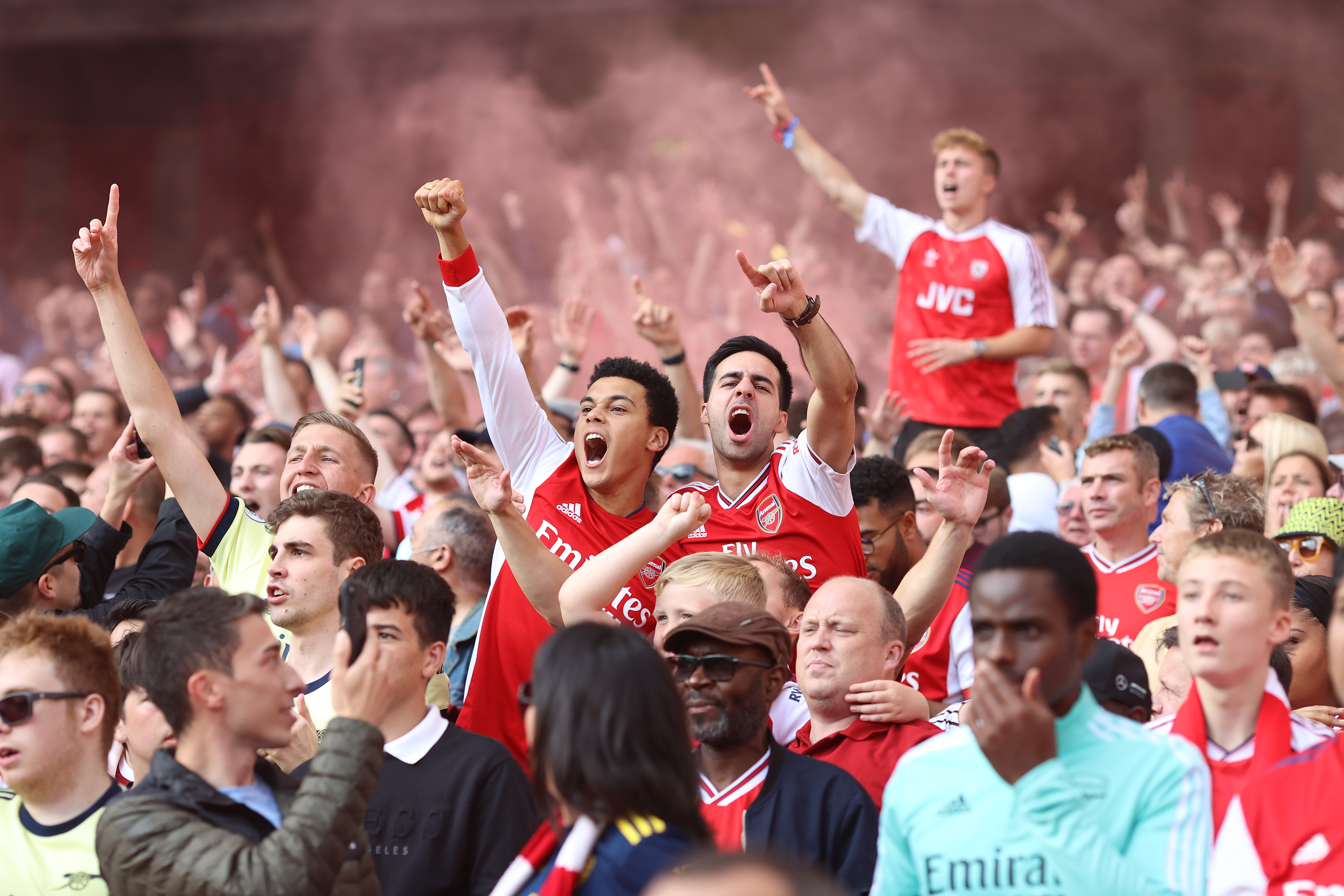 In praise of loyal Gooners

View From The Armchair

We're delighted to run a new column from a loyal Gooner who used to watch The Arsenal in the 1980s and 1990s, but doesn't attend games anymore.

Read on for the first View From The Armchair - who is full of praise for the excellent support those in the stands have given the Gunners this season, home and away.

So let’s get something out of the way before we even begin.

Are you really even entitled to have an opinion on all things Arsenal if, like myself, you don’t go to the games anymore?

And just how valid is it?  Well, I would argue that football is a game of opinions and I'm just as entitled to offer my take than the bloke who's company pays a fortune in Club Level. I've also spent parts of my life religiously attending Arsenal games, home and away, even if I don't any more.

Well, what’s given me the impetus to get in touch with the Gooner Fanzine is what I've witnessed from the comfort of my armchair over the course of the last two games against Palace and Villa.

Is it me, or am I seeing a renewed level of support coming down from the seats? (Wish I could write terraces)

Am I witnessing an unified crowd that is completely and utterly behind the team - something that’s been sorely lacking prior to the pandemic and certainly wasn't there during the last of the Wenger years?

Correct me if I’m wrong, but from the comfort of my archchair, there is an absence of the moans and groans when a pass is misplaced - which is so refreshing.

I’m simply not seeing the disgraceful scenes of watching a homegrown player leaving the field In tears because he has 60,000 people jeering him.

Ok so Granit Xhaka is out injured at the moment, and that might have something to do with it.

It would be fair to say our Granit is kind of the poster boy for supporters ire at times.

But the inner fan in me wants to believe that are turning a corner in terms of our support.

Picture if you will for just a moment, and take yourself back to your early twenties?

Were you you fully developed emotionally? Did you have all the answers?  Or were you like me, a tugboat In the middle of the Pacific lost at sea, sometimes in a storm?

Teams don't get booed to success

One of the most ridiculous comments I ever heard was when I was going to the football back at Highbury.

I'd - unusually for me - found myself in the East Stand Upper for a home game when, to my utter surprise, I heard the cry “Bergkamp you’re s**” really loudly, possibly within earshot of the player himself.

A quick, incredulous glance across to see who it was who bellowed this absolute nonsense, presented me with the image of a 25 stone balding supporter, one who'd probably never trapped a ball in his life.

My times of watching the mighty Dennis Bergkamp left me with only one impression, he did something with the ball, at least once every game, that not one other player on the pitch could do.

I consider myself very fortunate to have been in the Clock End the day he opened his goalscoring account for The Arsenal - with a brace against Southampton in a 4-2 win during that never-to-be-forgotten game back in September 1995.

Once those shackles were shaken off him he was a different player, indeed the Arsenal were a different team.

Which brings me neatly onto the point I want to make from the comfort of my armchair.

I’ve never seen or witnessed - whether going to the matches, or watching football at home - a team being booed to success. And by success I measure that as winning the league. Not once.

However, what I have seen, is Leicester (our next league opponents) swept to a league title on the back of the support they received.

Priced at 5000-1 at the start of that season, of course their support would have had completely different levels of expectation.

Yet, the universe vibrated in a certain crazy way that year. And I have to say, even though it was at the expense of our own misfortune, their unexpected success was one of the most beautiful  sporting miracles I’ve ever seen.

We had our chances, not least when we beat them with a last minute winner in the February thanks to Danny Welbeck. (It also says a lot about the Arsenal team that season - when we managed to do the double over them to contribute 66 per cent of their league defeats during that improbable campaign - but that's a different story.)

Following our 2-1 victory over the Foxes in February 2016, karma played its cruel hand.  While our players were taking selfies in the dressing room after the game (criticism is fine after the event) Leicester marched on to win the league when all seemed lost.

If you'd have asked any of their supporters if they thought they were going to win the league at the start of that season, you would've been hard pushed to find a single one who would've said said yes.

From my armchair, I know that our supporters who brave the wind and the rain, the poor performances, and the long trips home, are the true heroes of football.

We have had the opportunity to be able to watch football without the fans last year, and quite frankly it’s a pretty tepid affair without you.

Booing is not the way forward

So, my message is simple for any of you who might be thinking about booing if things don't go well at any stage this season: Don’t think for a minute that abusing players is the way forward.

Because it isn’t. It really does serve no purpose.

If you are that kind of supporter who feels it’s his/her right to hurl abuse at an 18-year-old then you really need to have a word with yourself and maybe consider joining me on the sofa.

The clue is in the word: supporter

You're a supporter. Not the manager, not Edu who gets to sign the players, and you certainly don’t get to swing the axe over Arteta’s head.

So let’s all continue to get behind the team, shout from  the rooftops and sing your hearts out for the Gunners, win, lose or draw.

But save those gripes for after the game in the pub.

Because this team is gonna need us if we are going to progress.

Let’s keep the green shoots growing, get behind the boys and see where it leads us.

After all, don't forget our motto: Victory Through Harmony

Peace to you all

The View From The Armchair